401 Marathon Man: We catch up with Ben on his 203rd marathon

Ben Smith runs alongside me as if he is enjoying a short jog in a park. He is light on his feet and appears to be running with very little effort. Yet this is his 203rd marathon in 203 consecutive days and as we follow a 26.2-mile route along the towpath of the Forth & Clyde Canal, north of Glasgow, he chats amiably and enthusiastically about enjoying (almost) every minute of the journey.

We reported on Ben’s 401 Challenge earlier this month when he reached Scotland after months of running in England. Ben is aiming to run 401 marathons on 401 consecutive days between September 1, 2015, and October 5, 2016. This will include 11 official marathons.

The challenge is raising awareness and funds for two anti-bullying charities, Kidscape and Stonewall. Ben suffered bullying at school, which led to depression and two suicide attempts in his adult life. He says that running has helped to change his life for the better.

Ben, 34, told me: “I am a late-comer to running. I only took it up a few years ago but I was almost immediately hooked.It has helped me to deal with a lot of stresses in my life and now, here I am, running a marathon every day and loving it.”

The start of Ben’s running

In his late 20s, Ben was overweight (17 stones), in a stressful job, depressed and living what he felt was a lie. Just a few years later he is fit and healthy, six stone lighter, has quit his job and has come out as gay.

He says: “I can finally be me. I can finally live my life as I want to. Running has helped me to do all this and now I want to tell others about the benefits.”

When Ben first took up running he had to build up slowly. He did a few 10ks and a half marathon and then, the following year, a marathon. Over two-and-a-half years he ran 18 marathons around the world.

His next goal was to run seven marathons on seven consecutive days. He says, “I did that in early 2015 and that’s when I knew I could take on a bigger challenge. That’s when the 401 Challenge came about.”

At first, Ben thought about running a marathon on each day of one year but then he decided to round that up to 400. “The extra one marathon is like my personal victory run, to make The 401 Challenge,” Ben adds.

By running all over the UK and promoting his challenge, Ben hopes to raise £250,000 for the Stonewall and Kidscape charities. So far he has collected more than £40,000. He is also visiting schools to give anti-bullying talks to children.

Another aspect of the 401 Challenge is to encourage people to run with him each day “for a few miles or the whole 26.2 miles,” he says.

The 401 Challenge so far

Since September, Ben has clocked up almost 5,500 miles, the equivalent of running the length of Britain six times over. He has worn out nine pairs of Zoot trainers (he is sponsored by Zoot Sports) and visited places as far apart in the UK as Land’s End and Cumbernauld.

When he ran his 53rd marathon on October 23, he broke the Guinness World Record for the most marathons on consecutive days.

His marathon PB is 3:15 but he averages round six hours each day and adjusts his pace according to who he is running with. Ben said: “I am not out to break any speed records and I am happy to run at the speed of whoever is with me each day. I want people to run with me.”

You can track Ben’s latest marathons – and join him running – at The 401 Challenge marathons.

Ben doesn’t follow any strict nutrition plan but likes to eat “real food and plenty of it”. He needs to eat about 6,500 calories each day to maintain his weight. When I met with him for his 203rd marathon he stopped for lunch and tucked into a huge pizza and two pints of cola.

He said: “I can eat and then run without any problems. After doing so many marathons day after day my body seems to cope with this. I prefer not to use energy gels or drinks or supplements and I like proper food.”

He confesses that he also enjoys a few alcoholic drinks, even choosing a pint of cider at lunchtime if it takes his fancy.

Injuries and illness have hampered him although he has not failed in his daily marathon quest yet. His first injury came just seven days into the challenge. He said: “I was running on my own in the Exeter area. I got lost and the temperature was up at 30C. My knee had swollen up to twice its size and it was very sore but I had to keep going.

“I ran for nine hours that day which is much longer than my average of six hours.”

Later in the challenge he ended up with tendonitis. He said: “I had to run through a niggling injury and it progressed to severe tendonitis. It was really painful and I couldn’t even stand to put on a sock because my foot felt so hypersensitive. I spent quite a lot of days shuffling through the marathons.”

Ben also suffered a stress fracture in his toe and has run through coughs, colds and a chest infection.

He said: “It’s not ideal to keep on running when you are injured or ill but after running so many marathons my body just seems to get on with it. I do get regular massages, when people offer them, and I listen to what my body is saying and adjust my speed.

“But I also try to think positively and to simply get on with it when I am feeling less than great. I think positivity counts for a huge amount when running long distances.”

The weather has also made progress hard on some days. Ben said: “There were all those storms recently, including Abigail and Desmond. I can remember a very difficult run through storms and high winds in Blackpool on the pier and another in Bradford.”

“By the time Abigail had reached south Wales where I was running it had been upgraded to a hurricane. That made for very challenging running.”

But Ben says that most of the 200+ marathons have been enjoyable. He says he never gets bored of running and he has met many “amazing and inspiring” people.

He said: “I have had people run with me who had hardly run before. Some wanted to build up to a marathon distance and ran with me over multiple days to do so. Others have run back-to-back marathons to keep me company.”

Of Ben’s fellow runners, 307 have achieved personal best times for a marathon and 140 have become first time marathon runners.

Ben says there are too many other highlights to recall them all. He said: “So far it has been an amazing journey. The scenery, people, welcomes, sights and challenges. I am thoroughly enjoying myself.”

Ben, who sold his house to finance the 401 challenge, is supported by his parents, partner Kyle, friends and has more than 13,800 followers on Facebook.

Dame Kelly Holmes and Olympians Steve Cram and Daley Thompson have also spoken publically of their support for Ben.

Ben leaves Scotland for England again at the end of the month. He returns to Scotland in the summer and I have been inspired to run with him again. His enthusiasm is infectious and his effortless running is impressive.

To find out more and to offer support or run with Ben see The 401 Challenge. 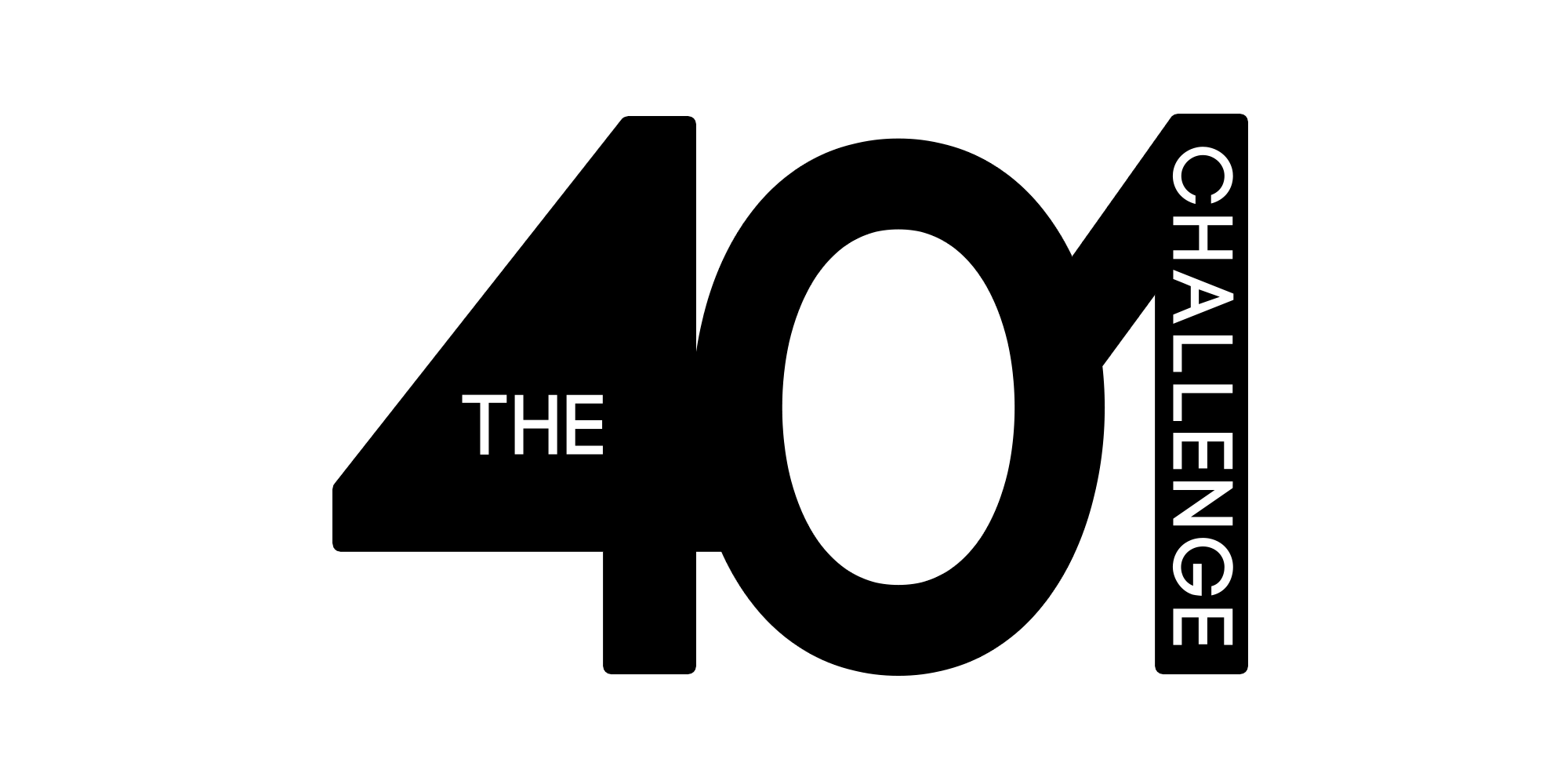 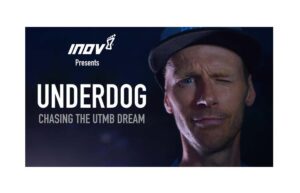 Last updated: 08-Mar-19 By Alice Morrison As anyone who follows trail running now knows, Damian Hall‘s quest to be among the top 10 finishers at 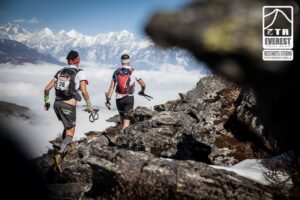 Last updated: 01-Sep-16 By Alice Morrison Nepali Gurung Bhim from Nepal and Catalan Anna Comet, are the men’s and women’s champions for the 5th edition 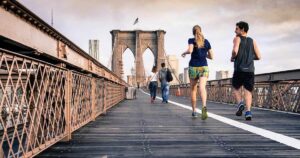 How to Bribe the New Runner in your Life

By Seth Grotzke If your running habits have driven your family to hate the sport (or you), you may want to consider your long-term strategy.