For the 2016 edition, 727 participants gathered at Kaprun in the Austrian state of Salzburg on the 22nd of July to take part in the three mountain running events programmed. An international event, this year mountain trail runners from 31 countries took part some from such far flung places as Japan or El Salvador.

The Grossglockner Ultra Trail (110km), now in its second edition, saw two Austrian winners cross the finish line together, Florian Grasel and Gerald Fister, to a new course record: 15h 13m 36s. The fastest woman was the Swede Kristin Berglund. The total number of participants in this event, which has a cut-off of 29 hours and a total ascent of 6500m, were 23 women and 205 men.

As a result of runner feedback from the 2015 edition, some changes were implemented to the course which departed Kaprun from Salzburger Platz at midnight towards the village of Kals and then on towards the Kaprun Törls, the Moserboden reservoir and back. To guarantee the safety of all runners there were 250 mountain rescue marshals from the neighbouring towns plus 50 volunteers attending the six aid stations along the route. Runners were also followed via the live tracking application Tractalis.

The 50K sister event has a total altitude of 2000m and for the 2016 edition 67 women and 243 men gathered at its start line at Kals to end the race in Kaprun. The cut-off for this ultra is 11hours.

"An international event, this year mountain trail runners from 31 countries took part some from such far flung places as Japan or El Salvador." 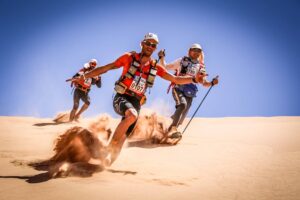 Last updated: 14-Dec-16 By Andy Mouncey ‘So Andy, they said. ‘Now you’re warmed up this ‘transitioning’ theme…can you write us an article on what it 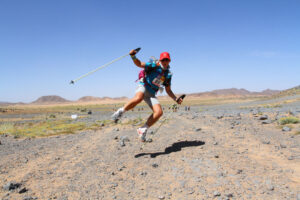 The Adventurous Kiwi – An Interview with Hollie Woodhouse

Last updated: 30-Nov-18 By Luke Jarmey A fine purveyor of all things outdoors, Hollie Woodhouse has a particular penchant for activities on the adventurous end 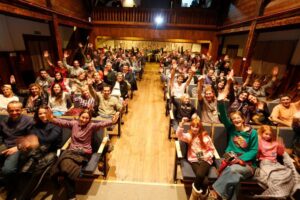 This is Your Day headlines 2016 Trails In Motion Film Festival

Last updated: 02-Jun-17 By Alice Morrison Each year the Trails In Motion Film Festival brings a selection of the finest trail and ultra running films