Ultra runner Cat Simpson has gone from strength to strength, after breaking the course record for the 145 mile Grand Union Canal Race, she recently broke the three hour marathon time and was the only female in the GB Spartathlon team.

She finished 5th in this gruelling race in hazardous weather, becoming the second fastest ever British female.

We caught up with her after her superb performance.

Q. Congratulations on the race! You did really well. Did you always have a plan to run that fast and aim for that time? Or did you have to adapt as the race went on?

A. Thank you! Based on my time at GUCR I hoped to be able to run Spartathlon in around 30 hours. Breaking 30 was the dream but based on previous experience, I found that after about 120-130 miles my legs fell apart and my stomach was awful from about 70 miles.

But I had a theory, based on my previous experiences of running 100 milers, that the first one was excruciating painful and a learning experience, and the subsequent ones then gave me an opportunity to tweak things (like nutrition) and were much more bearable.

I certainly found Spartathlon more comfortable in the latter stages. The second day of any race is definitely something I still dread though, when the tiredness and hallucinations set in.

Q. You recently went sub three hours in a marathon, was that part of the Spartathon training? What sort of weekly mileage did you peak at?

A. I ran Tallinn Marathon three weeks before Spartathlon which served as my last long run before tapering, and I peaked at just over 100 miles in a week, but only ran a handful of 100 mile weeks.

I was very fortunate to have about a month and a half off working, in between finishing studying to be a nurse and starting my first job, so was able to dedicate a little bit of time solely to training. I think to really hit the big mileage weeks you need to have no job. Or no friends. Or both. (I’m kidding, you just need good discipline and time management.)

I was much better at doing some strength and conditioning stuff, and a bit of stretching this time around to sort out the inevitable niggles and kinks.

Q. After such a successful race, what’s next for you? Next big race goal?

A. I’ve always wanted to have a crack at a 24 hour race, but at present (less than a week after Spartathlon) the prospect of running that far again fills me with terror. Give it a week though – us ultra runners are a bit simple and have a very short memory span…

Q. You were part of Team GB at Spartathlon, but were the only female. Any advice to women out there who have ambitions at taking on a race like this?

I wish I had a definitive answer for why numbers are lower, but I suspect it’s multifactorial. Women have only been allowed to enter long distance events since the 1960s, so I think we’re still playing catch up.

I personally think the sharp end of the female field is really exciting at the moment; that was shown recently in the UTMB races when British women raced at the same level as their male counterparts, however there did seem to be less coverage of this.

When I read things in the running press like ‘the best ever British performance’, or ‘first British winner since…’, then realise they’re only talking about the male entrants, it does make me cringe. But there are loads of great female role models out there pushing the boundaries of endurance running and I’m really proud to be involved in this sport at the moment.

"The second day of any race is definitely something I still dread though, when the tiredness and hallucinations set in" 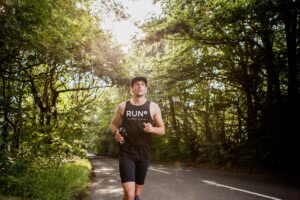 Butter to run a marathon in every country in the world

By Alice Morrison Running challenges just keep getting bigger. In this latest one, Nick Butter, from the UK, is planning to run a marathon in 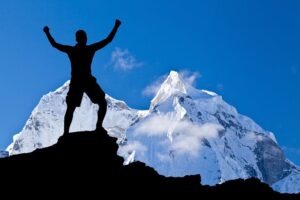 Last updated: 02-Mar-16 Written by Sports Dietitian Rin Cobb You’re struggling to think, can’t quite catch your breath and you have the beginnings of a 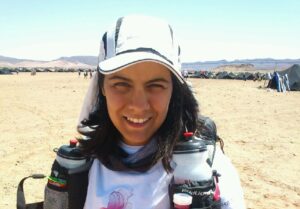 Last updated: 06-Nov-18 Background Devinder is an active runner for charity who has been running ultras since 2012 and is also a journalist. Devinder shares