KIMA – Between a rock and a hard place

‘Forsa,’ can be heard followed by, ‘Dai, Dai’. It arrives; hours of climbing testing mind, body and lungs. Reaching the arête, one looks over and the vista takes the breath away. A mountain rescue guide who is securely attached via a carabiner to the mountain looks you in the eye and you are showed the way down… down a vertical rock wall using chains for security. Yes, you have just covered the first 15 km’s of the 51km Trofeo Kima.

Trofeo Kima, or KIMA as it is affectionately known is the jewel in the Skyrunning calendar. It harks back to ISF President, Marino Giacometti’s 1989 vision of going fast and light to the mountains: Skyrunning! It is no easy undertaking. So difficult, the race is biennial with a strictly capped field of just 250 entrants. Needless to say, you don’t just enter Kima; you need to prove that you can handle the challenge.

‘Kima’ was the nickname of Pierangelo Marchetti who with friends found the first helicopter equipe in Italy. The mountain was Perangelo’s life; he loved them and embraced them. Unfortunately on July 8th 1994 while attending a rescue mission via helicopter, Pierangelo’s life was taken and so a race was created in his memory to ensure his love and dreams of the mountains would live on.

Situated in northern Italy, just 2.5-hours from Milan in the Valmasino, the Trofeo Kima was established in ‘95’, just 1-year after Pierangelo’s death by the Kima association; a group of Pierangelo’s friends who wanted to ensure his memory lived on. Run every year, the race gained a reputation for those in the know as one of ‘the’ races to do. However, it wasn’t until 2008 and a revamp by Marino Giacometti that the race became one of the toughest races in the world.

A circular route, the race starts and finishes in the small and unspectacular town of Filorera. Using the ‘Sentiero Roma’ route, the course is a high altitude race that takes place in an area of outstanding beauty. Covering 51 km’s with 4200m of elevation gain and 4200m of elevation loss, Kima is truly spectacular, extremely technical and only suitable for those with experience.

Starting at 870m the course immediately climbs in one push to B.tta Roma at 2894m. Imagine it, two back-to-back vertical kilometres straight from the off. The route crosses seven mountain passes (7 refuges) and reaches a high point of 2950m at Passo del Cameraccio. Ridges, snow, ice, mountain ledges, steep slopes, rope sections, rocky terrain, vertical drops and long sections of secured chain make Kima the most demanding course currently available on the Skyrunning calendar. Extreme in nature, the race is unpredictable due to the high altitude and the changeable weather. Gloves, appropriate leg cover and a warm jacket are mandatory, even a helmet is recommended!

During the 20-year history, the race has seen the best in the world perform over this challenging course. In the very first edition, way back in ’95,’ Skyrunning pioneer and legend, Fabio Meraldi won the race in 6-hours 29-minutes and 41-seconds. Corinne Favre, the female Skyrunning pioneer has won the race no less than 4-times, 2002, 2004, 2005 and 2007. In recent years Kilian Jornet has dominated the men’s race with two successive wins and Italian, Emanuela Brizio has dominated the ladies. They were both respective course record holders. However, for many, this iconic Skyrunning and mountain running race is still unknown. It’s like a precious jewel, hidden away for fear of someone stealing it.

But the jewel is slowly being revealed, La grande corsa sul Sentiero Roma, once again opened its start line in 2014 to those who dare, those brave enough and those qualified to take on the challenge. Happy to be in the arena, on the course fighting for the chance of victory, be that personal or overall, for without trying comes no success.

Heading the line up, 2010 and 2012 winner and current course record holder, Catalan, Kilian Jornet was the hot favourite fresh from a Skyrunning World Championship victory, multiple race wins and a Hardrock 100 course record. For the ladies, 2008 and 2010 winner, Emanuela Brizio would toe the line against Emelie Forsberg, Alessandra Carlini and Kasie Enman from the USA.

Moody skies surrounded the mountains ensuring that the day would be interesting not only for runners but spectators. Predicted rain and thunderstorms would arrive later, a confirmation that the race could go ahead as planned. Of all the races in the world, despite its moderate size, KIMA is arguably the one with the greatest in terms of safety and security for each and every runner, a true reflection of Pierangelo’s legacy.

As dawn arrived, runners departed the start line with Jornet and Forsberg dictating the pace. For the men, Nicola Golinelli pushed hard over the first 2000m of ascent, however, at the summit, Jornet still had time to pause, tighten up both shoes and then proceed down a vertical wall clad with chains with his lead intact.

The mountain and terrain was feeding the inner insatiable appetite of tough and technical for Forsberg; she responded with smiles and giggles as her feet hopped from rock to rock with an ease that made others just look on and marvel.

Enman by contrast peered over the fist summit and gently sent one leg down tentatively searching for a foothold as both hands gripped the chain. Kima, providing a stark contrast to the Americans previous outings at Matterhorn Ultraks or Sierre-Zinal in Switzerland. ‘This is just one crazy course,’ she exclaimed moving past.

Forsberg extended her respective lead over Enman and Brizio, as each kilometre passed, so did the time until disaster struck. A lapse of concentration caused Forsberg to miss a turn on the course. Continuing to follow the red/white trail markers, but not red race flags, Forsberg descended 700m before realising her mistake. By the time she was back on the race route, she had given away 1-hour and was now in 4th place.

Tears in her eyes and the emotional strain showing, it was a desperate Forsberg who passed P. Qualido (2647m) with 28km covered hot on the heels of Nuria Dominguez. Descending like a demon, Forsberg soon gained 3rd place and went in pursuit of Brizio in 2nd and ultimately Enman in 1st place.

Spaniard, Merillas was fulfilling the promise of ‘one to watch’ in the men’s race as he pulled away from Sancassani in 3rd and closed within 1-minute of Jornet. However, nobody closes like the Jornet and when he switched the afterburners on he pulled away like a speeding rocket and blazed the Kima trail finishing in a new course record time of 6:12:20. Merillas finished 2nd 16-minutes later and Sancassani repeated his 2012 placing by finishing 3rd.

Forsberg meanwhile was eating up the rocky terrain. Catching Brizio for 2nd place and pushing with every ounce of effort, the gap was closing but ultimately Forsberg ran out of time. Enman crossed the line to rapturous applause from the assembled crowds. A beaming smile with arms outstretched, it was wonderful moment.

A flash of blue announced the arrival of Forsberg, for the first time, the beaming smile was gone. Tears rolled down her face. Acknowledging the crowd she braved the final meters but the emotional rollercoaster had been too great. On the line, Forsberg sobbed at the disappointment of loosing so much time and ultimately the race win.

Kima is without doubt a pinnacle of mountain running. It’s biennial format, capped field and spectacular course make this race a ‘must do!’ It is the jewel in the Skyrunning crown. It tempts so many…

Are YOU brave enough?

"Kima is truly spectacular, extremely technical and only suitable for those with experience" 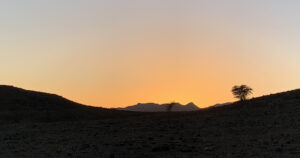 Where has our Editor Gone? 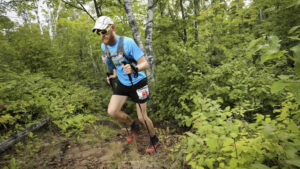 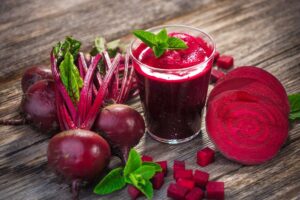 Run to the beet

Last updated: 16-Aug-18 Written by Sports Dietitian Rin Cobb Unlike the usual beats you may be used to running to, many are turning to the