Man Kills Cougar on a Run

A runner from Colorado certainly has a tale to tell after he was attacked by a young male cougar on Monday.  The incident happened at Horsetooth Mountain Open Space on a mountain trail in the north of the state.

The victim heard something move behind him and as he turned, the mountain lion pounced on him, biting his hands and face.  In what must have been a terrifying moment, he managed to fight back and ended up killing the lion in self-defence, believed to be by suffocation.

Having sustained serious injuries, the runner then made his way to the local hospital.  A state official said “The runner did everything he could to save his life. In the event of a lion attack you need to do anything in your power to fight back just as this gentleman did.”

Mountain lion attacks are rare.  The Colorado Parks and Wildlife (CPW) official statement says there have been three fatalities and sixteen injuries due to cougar attacks since 1990.  The statement also provides advice on what to do if you’re faced with such a situation, including staying calm and trying not to run as this “may stimulate a lion’s instinct to chase and attack. Face the lion and stand upright.”

It is thought that the age of the lion (less than a year) meant that he would still be learning to hunt and wouldn’t necessarily know to avoid humans.  Had this been a fully grown lion, the outcome may have been very different.

Not trying to make light of a terrifying situation, but if ever there was a moment your heart rate monitor is going to reach maximum levels, this was definitely it.

If you’re likely to be in such areas it’s always best to do some research on the type of wildlife you could encounter and what to do if faced with, for example, a bear or cougar.  A slightly different approach may be needed depending upon the animal and how they’re reacting, but the overriding advice appears to be stay calm.

In any event, it’s always wise, especially when running alone, to at least use a tracking app so that someone knows your location and let them know when you’re planning to be back in case anything goes wrong.

Here in the UK, one of the most common encounters is being leapt upon by someone else’s dog.  The owner usually says “He won’t bite mate, he’s fine”, no matter how much they’re snarling and clambering up your leg.  Personally, my most wild encounter has been avoiding a terrified badger, but we welcome readers to share stories of encounters with wildlife during their trail running.

"The victim heard something move behind him and as he turned, the mountain lion pounced on him, biting his hands and face. In what must have been a terrifying moment, he managed to fight back and ended up killing the lion in self-defence" 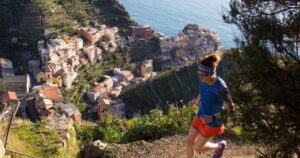 Last updated: 08-Mar-19 Join a new type of trail running experience in Italy with FindYourItaly. If you would like to run through some of Italy’s 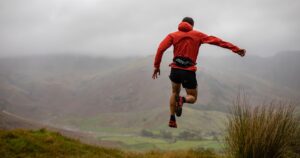 By Dan Stinton If you ever needed to put graphene through its paces, then bagging a few Wainwrights wearing inov-8 Terraultra G 260’s may be 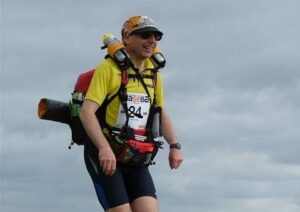