My Journey to Running and RunUltra

I am in a moment of euphoria.  I’m not even thinking about running, it’s just happening.  It’s like I’ve stepped outside of my own body and am absorbing every positive vibe from the surrounding mountains.  I’m descending Snowdon and it’s the most spiritual moment I’ve ever experienced – even though I don’t even believe in any of that.

My mind is totally absorbed in the moment and nothing else matters, or even exists, to me at that time.  Each footstep is connecting me to my surroundings like I am part of it, not a separate human being carrying all our emotional baggage about the modern world.

This may sound dramatic, but it happened and is exactly how I felt.  This was during “Man vs Mountain” in 2016, a training race in my journey towards the Wendover Woods 50. But we’ll get to that later.

First of all, where is this article heading?  I’ve been the interim Editor of RunUltra for a few months now and as part of our runners’ survey our readers expressed a desire for stories from “normal” runners i.e. the ones who aren’t necessarily at the pointy end of the race.

I fit into that category, so I thought I’d let you know my journey from zero exercise in 2014 and the sequence of events that led me to being the editor of an ultra running website.

It all started in a lift in the Northern Quarter, Manchester.  I was living there at the time and I’d just been to fetch some snacks and I caught a glimpse of myself in the mirror.  I spotted that the usual flat t-shirt around my stomach had been replaced with something a little more rotund.

I’m not trying to exaggerate, it wasn’t huge, but it certainly wasn’t there before and I didn’t like it, so I ended up joining a gym.

I messed around with a few miniscule weights for a while and then decided to have a go on one of those treadmill things.  I “ran” one kilometre and felt destroyed, but also strangely satisfied as it really got my body working like nothing else had.

I started building the distances and decided, arbitrarily, that 4km was more than enough for anybody to need to run so kept it at that.

It wasn’t long before I decided to try a run out on the canal network expanding out of the city centre.  Running outside was a novel experience – people threw beers at me, kids hurled abuse, some quad bikes zipped past dangerously close but I felt alive, my mind was cleansed and my body felt great.

It was pretty textbook from there: parkrun, 10km, half-marathon, then the 50km Canalathon (don’t worry I didn’t skip the marathon altogether and ran Manchester two weeks later in 2016).

I became a regular reader of “Men’s Running” and when I saw there was a competition to pick some readers to prepare for the inaugural 50-mile Wendover Woods, I knew I needed to apply.  I received a call a week or so later from the Editor, Rick Pearson, saying that I’d been picked!

Before I knew it I’d travelled to Wimbledon to pick up a load of free gear and prance around for photos to be featured in the magazine.  Best of all, part of the prize was receiving coaching from GB Ultra runner, Robbie Britton.

He certainly put me through my paces and I learnt an enormous amount about training plans, nutrition, pacing and generally being ready physically and mentally for an ultra.

The series was known as Project Trail and meant I was featured in the magazine for several months during the build up to the race.  I already enjoyed writing so I got the opportunity to submit some race reports to the magazine which I really enjoyed doing.

As I was also a member of RunUltra, I decided to submit a few race reviews to the site and was really pleased to be approached to become involved in writing reports and reviewing products more formally for the site which I’ve been doing for a couple of years.

When the Editor, Alice, left for an expedition along the Draa I got the chance to step in and cover her role.  It’s been a fantastic few months to read/edit so many great articles about ultra runners and all of the advice from our experts on physio, psychology, nutrition and training.

As much as I love ultra running, I’m not obsessive about long distance.  I just love running and being in the outdoors so taking on an ultra means I can do it for longer.  I know the physical and mental challenges to run a fast half marathon or 5km are completely different and equally challenging.  When I ran a PB in the Macclesfield half-marathon in 2018, I was completely exhausted for days.

We need to stay humble as there is some elitism in ultra running.  Just running big distances isn’t everything and I love to celebrate the enjoyment of running in all its guises (apart from cross-country of course…).

Running has been life changing for me.  I’ve met many friends and have shared some magnificent moments out there in the hills and trails which I quite simply wouldn’t have done otherwise.

Take a look at the photograph below from Christmas Eve afternoon 2018.  Whilst on that run to Higher Shelf Stones near Bleaklow, my mind briefly thought about the hoards of shoppers who would have been swarming around city centres worrying about last minute presents.

Instead, I was simply glad to be alive, running in the sunshine with fantastic company in our local playground of the Peak District with barely a care in the world.

If people ask me why I run, I simply feel like showing them that photo and saying “Why don’t you?” 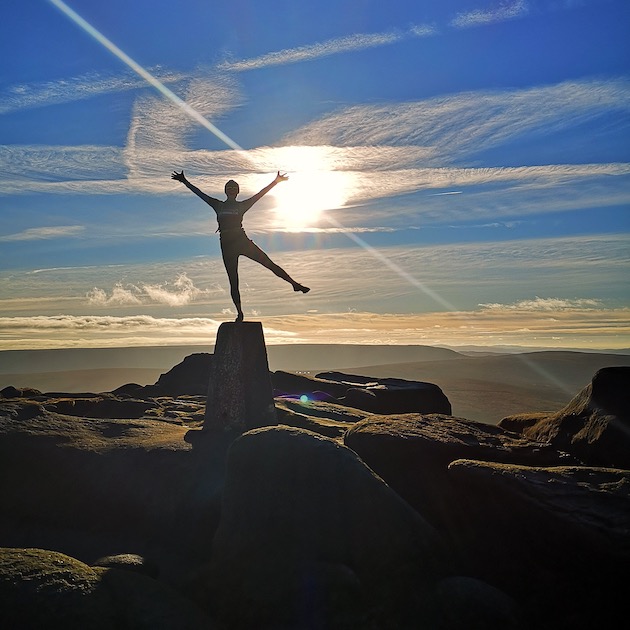 All photos are the authors.

"I started building the distances and decided, arbitrarily, that 4km was more than enough for anybody to need to run so kept it at that." 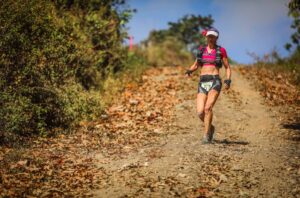 Last updated: 14-Mar-19 By Elsa Trujillo At RunUltra we celebrate male and female ultra runners from around the world. This week on the tail of

Last updated: 02-Nov-20 By Dan Stinton Since Cactus finished stage 3 of the Marathon Des Sables, he’s caused quite a stir on social media and 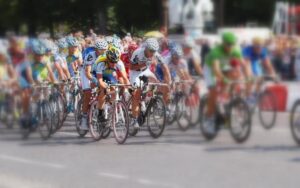 Last updated: 02-Jun-17 By Alice Morrison If no publicity is bad publicity, then the organisers of the Woodside Ramble, a 35K trail race in California,