We feel that some of the most valuable content on RunUltra, comes from you the community, in the form of critical and informative race reviews. These provide runners like us with a goldmine of information, that makes the often difficult task of deciding which race to throw ourselves at, just that little bit easier. So a huge thank you to all the contributors this year, the quality has been amazing. Below, is what we thought were each month’s finest reviews.

We do however have a particular penchant for prizes, so in the spirit of competition, we have picked Shaun Marsden’s February review of the Ice Ultra, as our top race review of 2016. We loved his incredibly informative account and also his use of phrases, which were quite literally dripping with excitement. To ensure he looks sharp for the upcoming festive season, we’re sending a him a rather dashing North Face t-shirt as a prize.

We’d also like to thank 33 Shake for their sponsorship of each month’s top review. We actually approached them as a sponsor, as we genuinely love their delicious tasting gels and shakes, packed to the rafters with amazing quality, 100% natural ingredients.

In his Dorset Coastal Trail Series review, Alistair Flowers (@alistairflowers) describes how the strong wind and sustained uphills made for a real test of mind and body (but also clearly great for the soul). He made a list of seven useful observations, which included praise of the provided elevation profiles and GPX and some of the friendliest race marshals and staff that he’d come across.

Shaun Marsden (@SpontaneousPlan) delivers a jam packed Ice Ultra review, filled to the brim with interesting nuggets of information. He describes how the race organisers managed the tough conditions well, insuring the safety and comfort (where appropriate!) of the runners. The conditions themselves sound rather brutal; apparently -10C is warm… But that’s the whole fun of it right? Finally, we loved Shaun’s closing phrase ‘Take a moment, soak it in, YOU’RE IN THE ARCTIC CIRCLE. OH YEAH!’

We particularly liked Sarah Cooke’s (@SarahCrunning) review of the Hardmoors 55, as she acknowledged the race’s technical nature and even though ‘steep rocky descents’ aren’t a comfort point for her, she was still bowled over by the beauty and enjoyment factor of the Hardmoors. This high praise along with its ..’challenging but varied..’ nature, sounds like some pretty perfect constituents of a grade A ultramarathon.

We loved Ryan’s (@runboyrun35) cracking account of his joint win at the Kielder Ultra Trail 50km. He actually names it ‘Kielder with Teeth’ which due to the eclectic mix of snow, ‘boggy grassy pits’, swamps and claggy trails, sounds rather apt. Grab a mug of tea with your favourite biscuit and give it a solid read. You might even find yourself on the start line next year.

Jeff Mitchell (@UKRunCat) rocked over to the Gozo Trail Run as part of his fantastic sounding 12 ultras in 12 months’ challenge. Describing a race of technical descents, cliff top views, salt pans, caves and bays. He even mentions a geographical connection to Odysseus. All this combined with a naughty pasta party at the end has certainly wetted our appetites for this great sounding island, located just off Malta and we’ll be keeping a close eye on next year’s edition.

We’ll have to agree with Neil May (@neilrmay), in that the usual connotation one associates with Norfolk, is of the flattish flavour. However, this is all disputed in Neil’s fantastic review, where he describes the Norfolk 100 as, ‘one of the most varied and challenging 100k races he’s ever ran. Painting a picture of rolling terrain, morphing into the sandy beaches and at time, exposed and brutal flood banks, of the Norfolk Coast line. This really does sounds like a potential classic. But shhh, you’ll have to promise to keep quiet about this, as Neil would ‘rather the secret didn’t get out quite yet.’

‘Toughest’ and ‘best’ race often go together like two peas in a pod. This isn’t surprising really, as the harder we push our bodies, the sweeter that post race beer tends to taste. Sarah Cooke (@SarahCrunning) resonates this outlook in her excellent review of the Lyke Wake Challenge. She describes a tasty combination of steep, wet, rocky and boggy terrain all bundled up in well organised, budget priced package. Sign us up!

After a late night immersing himself in the British Women’s hockey gold medal glory, Danny Shrimp (@dannyshrimp) jumped headfirst into his second crack at the Ultra Tour of the Peak District. He describes conditions that could certainly be chalk to the cheese of the sweltering 2013 edition. Clearly not hampered by the ‘horizontal rain’, he describes a fantastic race and performance from himself. It seems that Marcus Scotney (@MarcusScotney) is quite the trainer!

Race reviews can be fantastic tools for runners to use in their preparation, especially when packed with nuggets of information and valuable “tips and tricks”. Phil Webster (@ultra365tribe) pens an account of the Grand Tour of Skiddaw, filled to the brim with the aforementioned and also includes a leg by leg breakdown of the course. If considering the race, give this a read… and then read it again before you run it!

The Leadville 100 is a race that certainly stirs the soul of many a self-discerning ultra runner. One of most prestigious 100 mile events around, it’s firmly on the bucket list for most runners. Nevertheless, it has had its share of controversy. Colin Thornton (@colinthornton1) describes how he ran it in the particularly problematic year of 2013, and that whilst he agreed with some of the negative press, he still had a great time. Well, we really like that. It goes to show that just because certain aspects of a race’s organization aren’t up scratch, other aspects such as the volunteers and your fellow racers, can still make it a marvellously magical event to run in.

Neil May (@neilrmay), describes the Ring of Steall Skyrace, as the ‘Toughest (possibly slowest!) 18 miles in my running career’. We loved his rich description of the technical mountain terrain and when someone describes themselves ‘whooping like a child’, you know you’re in for a treat. Prospective runners would do well to take his water bottle recommendation on board and the news that the race will be offering an ultra for 2017, has certainly wetted the appetites of a few RunUltra staff members.

Opening his review of the Haría Extreme with ‘There are races and there are races.’ We knew we were in for a treat. Paul Kelly (@UltraBoyRuns) goes on to paint a picture of gnarly ascents and descents through volcanic terrain, amazing scenery all the whilst while providing incredible value for money. Unfortunately, Paul had to pull out during the race due to an injury, but since this ultra filled him ‘with joy from start to finish’, we expect he’ll be back to finish it next year.

"a huge thank you to all the contributors this year, the quality has been amazing"

By Alice Morrison Caroline Mckay from Mull has become the first woman to complete the 95-mile (153km) West Highland Way non-stop during the winter. The 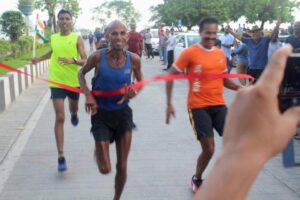 Last updated: 19-Jul-18 By Alice Morrison Samir Singh had set himself the extraordinary challenge of running 100km a day for 100 days through the heat 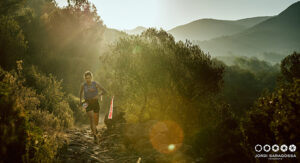 Ultra trail running news from around the world