We’re pleased to announce our top reviews for March. So, congratulations to Ally Whitlock (@photogirlruns) who will receive a pack of 33Shake Chia Energy Gels.

We love this lengthy but well written review of the Amersham Ultra from Ally. Well laid out, it paints a fantastic picture of the race, its course and the organisation, without becoming dreary.

‘I totally get the irony of calling a 50km race a training run, but that is exactly what the XNRG Humanity Direct Ultra was.’

‘There were hills, lots of hills, and mud, lots of mud! At times the mud became a little soul-destroying & energy sapping. It made running difficult & a few choice words were spoken. To make up for the mud there were some lovely runnable sections through woodland.’

‘After such a positive first experience, I think you’ll be seeing me at more XNRG events in the future!’

In no particular order, here are the remaining top reviews for March.

Darren Smith (@RunnersKnees) also praised the organisation of the Amersham Ultra and noted just how muddy the course was. We love his opening paragraph.

‘This was not a race to be taken lightly. Trail marathons are tough. I have run a few and I DO NOT look forward to them. This does beg the question of “why do I do them?” and my answer would be that sometimes they just fit in the calendar.’

‘It was very well organised and friendly. Other than the lack of promised marmite the aid stations were well manned with supportive marshals, well stocked and varied.’

The Amersham Ultra certainly attracts great reviews, here’s a 3rd take on it. This time from Adam Mangan.

‘This is the 3rd Event I have attended with XNRG so I had an idea of what to expect. However this event passes 100% of the fees to charity so I would expect there to be a little less in the offering. But I was wrong.’

‘As the race director shook my hand a marshal gave me my medal then another marshal offered a chair as he went to fetch me a cup of tea – heaven.’

A really great review of the Chester Ultra from Ian Warrington (@ianrunr), that almost reads like a humorous diary entry.

‘The first five miles or so was good runnable country lanes down to the river Dee and I thought I had absolutely made the right shoe choice. As soon as we hit the river, it would be good trails mixed with tow path just like in the middle of Chester.

WRONG! here started the mud, while nothing too bad a trail shoe would definitely shored up my grip (although a guy in trail shoes in front of me nearly did a backflip just before cp1).’

‘Off I rocketed to catch the gent who had just passed me at the CP, missed the turn for getting back on the trail and had to be chased down by a support marshal!’

First time ultra runner Stefan Ledin also penned a top report of the Chester Ultra. Amongst other things, he was particularly impressed by the organisation. By the sounds of it, this won’t be his last Chester Ultra!

‘I alluded to the muddy conditions earlier on the review and yes the conditions underfoot were very testing. However, the atmosphere was amazing.’

‘To sum up, the organisation was excellent, the support from volunteers and fellow runners equally excellent and the route has a little of everything to keep your interest.’

‘Would I recommend this race? Oh yes without hesitation. Would I do this race again? That’s a definite yes.’

Muddy courses seem to be quite the theme this month. Martin Hookway (@TeamB_O_B) doesn’t disappoint on that front, with his muddy review of the Chester Ultra:

‘This year the conditions under foot were mainly muddy. The hard standing canal section gave is a chance to pick up some speed, but some points of the muddy course were bloody hard work, to the point of me saying that I never wanted to see any more mud again.’

‘Still, all in all a cracking day out despite the mud. If anything the mud just added to the challenge. 52 miles of fun. I can’t recommend the race enough.’

Brian Boyle delivers a nice write up of his longest run to date, the Winter Railway Ultra.

‘Hitting half marathon distance at 1:45 I knew I needed to slow down, and actually appreciated the scenery, I hadn’t noticed the lovely Apley Hall on the first lap.’

‘Crossing the line and ringing the bell wasn’t as emotional as last year’s London Marathon but 28.4 miles was a mini achievement for me.’

David Beales praises the community feel of the West Pennies Double Ultra and notes how a tough event, often ends being the most rewarding.

‘The West Pennines Double Marathon is an amazing weekend with a fantastic community feeling to it – the event has a very friendly and personal level of attention from all the event team, marshals and volunteers.’

‘No doubt about it, the double marathon is a tough challenge, but that’s where the reward lies – the sense of achievement is great, and the stunning views, the adventure, the fun and camaraderie of it all make it well worth the effort.’

Another first time ultra runner, Marko Cibej presents a fair assessment of the S1 Ultra. He notes the pros and cons and concludes that he might even do it again next year.

‘I found the race both well and poorly organized: well with respect to runner safety and support, poorly when it comes to communication.’

‘All in all, it took me two days to forgive the organizers for their missteps and to start pondering the 2019 edition. Thumbs up, I guess.’

Rebecca Drackley (@RDrackley) paints the thrills and spills of a true bucket list ultra in this review of The Coastal Challenge.

‘Having completed the MdS 2016 on virtually no training it would be fair to say I was complacent about TCC. The MdS contingent all stated this race is tougher!’

‘The sun bakes you and your feet get soaked and gritty in the various river crossings. They are a blessed relief for a baked body but can cause havoc on those of us with soft (and rubbish) feet.’

‘The last day is truly stunning. Throughout your time in the race the sounds of the jungle are like a beautiful chorus. Leave the headphones at home. Camp is small and low key with elites eating meals with everyone else and sharing race day stories.’ 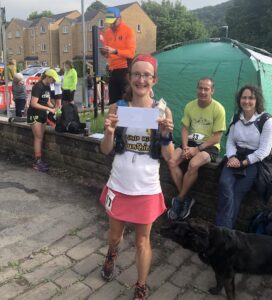 By Alice Morrison The RunUltra team is small but perfectly formed and includes runners of all abilities and levels. Sarah Cooke, who you will recognise 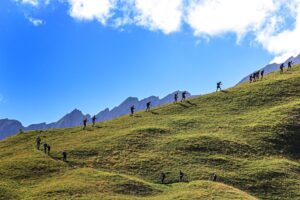 Do you have what it takes for the new UTMB 2016

Last updated: 19-Jul-18 By Elsa Trujillo A classic event gets a new name and face for registration day. Are you ready for December 16th? No 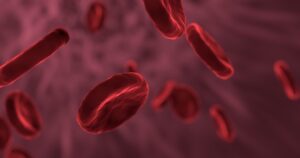 Monitoring Our Way to Good Performance

By Renee McGregor “Competitiveness is a biological trait that co-evolved with the basic need for human survival.” (Sander Van Der Linden, 2015). Whilst this can