Most runners will reach for the painkillers at some point in their running career. It may be due to injury, or, perhaps it’s a strategy employed to reduce muscle soreness after a hard race or training sessions.

Painkillers come in a variety of forms and include paracetamol, NSAIDs, (Non- steroidal anti-inflammatory drugs) or very strong options such as the opiate, Morphine.

Recently there have been a lot of questions about the appropriateness of taking painkillers; from those who have to be mindful of anti-doping violations, to those who worry that masking pain may actually lead to further injury.

So, what’s the deal with taking painkillers and running? And can they possibly do more harm than good?

What you take, and when, is probably dependent on a number of things; the type of pain, personal preference and potential interaction with other medications or medical conditions.

In most cases, if it’s for something non-inflammatory, such as a headache, individuals are likely to take paracetamol. For an injury that causes inflammation, you are more likely to opt for NSAIDS. These most commonly include Ibuprofen, Diclofenac, High Dose Aspirin (not low dose) and Naproxen. For severe pain or injury, you may be prescribed a very strong painkiller such as Morphine, Fentanyl or Oxycodone.

In all cases, it’s really important to stick to the information on the side of the packet with regards to doses and frequency. All come with side effects and potential health hazards if taken to excess, or in the wrong situations.

Many individuals take NSAIDs as a form of precaution against muscle soreness, especially after races or tough training sessions. However, a study in 2015 (Da Silva et al), looked at the effects of NSAID use on long distance male runners, specifically the potential effect on muscle damage, soreness and overall endurance performance. It was a randomised control clinical trial, using Ibuprofen as the chosen NSAID.
The study concluded that Ibuprofen does not reduce the effect of muscle damage or pain during performance and, more importantly, there was no significant evidence for the regular use of ibuprofen as a preventative measure, or as a means of enhancing performance in male endurance runners.

Something else to consider, is that we know that strenuous exercise, including long distance running, can result in damage to skeletal muscle cells. This process is known as exertional rhabdomyolysis. In the majority of cases, this muscle damage will resolve itself without any additional problems.

However, when the damage is severe, there is a release of muscle proteins into the blood. One of these proteins, myoglobin, in high concentrations and under certain conditions, such as dehydration and heat stress, can rapidly move into the kidneys, resulting in acute renal failure. Don’t be too alarmed by this. Even though we know that running an ultra causes a huge physical stress to the body, and even when the race is run in hot and humid weather, the actual incidence of acute renal (kidney) failure is relatively low.

That said, studies have shown that, in those runners who do develop acute kidney failure, a high proportion had taken analgesics, had a viral or bacterial infection, or a pre-existing condition. Thus, the rare cases of acute renal failure in long distance runners may be a situation of the ‘perfect storm’ where there are several factors (heat stress, dehydration, latent myopathy, non-steroidal anti-inflammatory or other drug/analgesic use, and viral/bacterial infection) that, in some combination, come together to result in acute renal failure.

So while it seems cases are rare, interestingly, cases of rhabdomyolsis and renal failure do seem to be disproportionally increasing in the ultra running scene. This is most likely due to the extreme stress ultra running can put on the body both in training and the actual race b combined with taking painkillers during the race as a means of reducing the inevitable pain.

Things that you should be mindful of include:

While it may seem like a sensible idea to take NSAIDs in the lead up to, or during, an ultra distance race, the relative risks of developing a life threatening condition, such as acute renal failure are higher in this distance than any other, especially when combined with the other associated factors we have listed above.

You may think, “it won’t happen to me” but the number of cases that have been reported, it is likely that most of us will know of someone who this has affected, don’t let the next case be you.

"the relative risks of developing a life threatening condition, such as acute renal failure, are higher in this distance than any other" 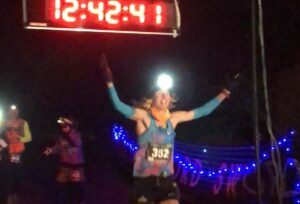 By Alice Morrison The USA’s Camille Herron annihilated the women’s 100-mile world record at the Tunnel Hill 100 miler in Illinois this weekend. She took 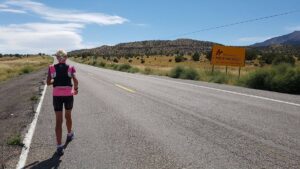 Last updated: 19-Oct-17 By Alice Morrison Marvellous Mimi, Mimi Anderson, has had to abandon her attempt to set a new Female Guinness World Record for 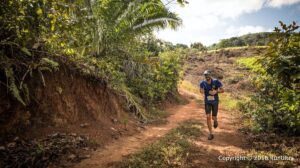 Last updated: 19-Jul-18 By Elsa Trujillo Sometimes it’s hard to train. Discipline, purpose, (lies) and dreams are all you need to get you out there: