Penyagolosa Trails is a well-established mountain trail ultra running event in the Castellón province of Spain, on the Mediterranean coast. This year it took place over the weekend of the 23-24th April.

The two-day event offers two mountain running categories: MiM 63km and CSP 115km. Both challenges kick off at sea level, running up and through the Penyagolosa Natural Park trails to finish at an altitude of 1280m, at the Sanctuary of Sant Joan of Penyagolosa and are run in a semi self-sufficient capacity.

The long ultra, the CSP, (approximately 71 miles) has an accumulated climb of 5439m and a descent of 4227m, with a cut off time of 28 hours.This event is also the third stop in the Spain Ultra Cup calendar.

This year, the CSP started at midnight to allow its 600 participants to join the other 1500 MiM runners at the finish line. It was a very exciting run, despite the wind and rain. The withdrawal of the 2015 winner and favourite, Miguel Caballero, made for a tight race between Spaniards Sebas Sánchez and RemiQueral, last year’s second place, with the former coming in first at 12:54:09, followed closely by Queral 19 seconds later.

The women’s winner was Ecuador-born Mercedes Pila, at 15:02:13, who was well ahead of the second runner, currently third in the Ultra-Trail World Tour, Spaniard Silvia Trigueros.

The shorter race of 39 miles,the MiM, is currently in its 18th edition and is an uphill run with a total ascent of 3045m and a total descent of 1833m. Runners have 15 hours to complete the route. It started later in the day, around 6am and its 1500 participants included some minimalist runners in the barefoot category.

Having led the race most of the route, Moroccan Zaid Ait Malek suffered exhaustion and dropped down to 21st place. The men’s winner was Miguel Ángel Sánchez Cebrián, at 5:36:24, and Spain’s Ultra FEDME female champion in 2015 and 2016, Gemma Arenas, was the first woman to cross the finish line at 6:23:51. 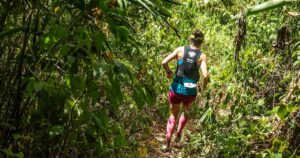 By Alice Morrison RunUltra has had a call for ultra runners who would be prepared to take part in some research on mental skills interventions. 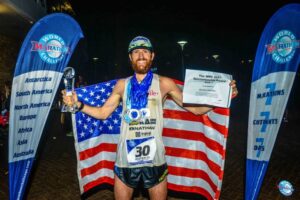 By Alice Morrison Michael Wardian has broken the world marathon challenge record after completing seven marathons in seven days across seven continents. He broke the 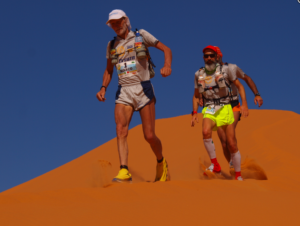 Last updated: 07-Oct-16 By Alice Morrison The legend that is Marco Olmo has proved, once again, that age IS just a number by coming first