A reflection on the inaugural Pennine Bridleway – Trail Challenge

The Pennine Bridleway roughly follows the Pennine Way but is accessible to horses and bicycles too. It has its own unique character and the race runs the 270km length in a 100 hour time limit.

Knowing the organiser Stu Westfield from previous events, I helped for 3 days at the Hebden Bridge checkpoint. It was a great experience for me to watch a hugely experienced and professional event team in action and to be a member of such a close-knit team. The logistics and paperwork which are prepared beforehand are mind boggling and all that planning is put on for just a few athletes.

There is a place for large and small events in the ultra world, but the personal touch given when the field is small cannot be matched anywhere else.

Here are the thoughts of a few of the people involved. What kind of races to you prefer?

I love running in Ranger Ultras events, the team and the routes are great. Because the events tend to be smaller than other events you get to know the other runners better and the supporters/helpers tend to be runners, so they are both supportive and informed.

At 168 miles (270KM) it was my longest run to date and was a great preparation for trying the Spine Race later in the year (which is 268 miles). The route took me to some new places, places I will definitely go back to. This was the first run where I slept out in my bivvy bag on the trail.

The sleeps ranged from 20 mins to about an hour, but they were invaluable in keeping me going. This was the first time I came second in a race, which was a nice extra for a confirmed mid-packer like me. According to Strava, I burned about 21,000 calories during the race (in addition to the approximately 1800 calories as day I burn just by being alive) – so this was the first time my food strategy had to cope with supplying me with 26,000 calories over 3 days – which sounds OK until you realise you have to carry the calories.

In terms of my race strategy, I focused on keeping inside my boundaries. I did not run too fast; when it got very hot, I slowed down; when it got very cold/windy (going up Cam High Road at 2am, with a cold gale blowing down it) I put on more layers and wore my goggles to reduce the impact on the inner me.

Consequently, I was able to up the pace for the last few kilometres which brought me in at just under 3 days – to add icing to a lovely cake. I felt comfortable and in control all the way round – other than two blisters (one for each little toe) and a sore shin (possibly the result of an insect bite). Because I am not ‘racing’ when I take part in races I can avoid pushing too hard.

But the memories that will last the longest are of the people. The other runners, Stu and the Ranger Ultras team, and the super, fantastic helpers. I also had some lovely chats with people I met along the way.

That blooming pesky sun, I was hoping for showers today! Many, many thanks for a superb coordinated event and a big shout out to the amazing crew of volunteers and all they do for us both on the course and at the checkpoints.

Well it’s Monday….I think! What a race the Pennine Bridleway Trail Challenge 270km turned out to be. This is new race is certainly going to be a classic one that’ll soon be on many racers year planner.

From the start to the finish it didn’t disappoint. Even though only a handful of racers toed the start line there were no certainties of how the race would unfold.

From a safety/support team point of view it was a brilliant event. The ethos of racer-focused and low-key makes it even more special and almost exclusive to those that know about it.

The Pennine Bridleway passes through some stunning areas and presents its own challenges. By no means is it a matter of just follow the signs and head north! A multi day race experience that is comparable to some of the big ones out there.

I live near the PB and get to see it in all weather’s and it’s no walk in the park. In fact we’ve had snow and ice this time of the year in the past so it’s pretty unpredictable. I’ve got to say one of the many highlights was the food menu devised by Stu for the racers and staff. It was delicious!

So to that end it’s a mahoosive well done to all of the racers that entered and it was a pleasure to help make your race one to remember.

And finally it was great to meet up with old friends and make new friends.

Me and my 4 legged black and white sidekick ‘Holly’ that was with me and some of you met, look forward to seeing you all soon.

I decided to throw my hat in the ring for the Pennine Bridleway Trail Challenge 270km next year whilst my feet are still numb, though last Thursday I had repeated for a 20km section I’d never do any race again (this is my usual mindset by day 2). I have a few reasons to attempting the race again, not necessarily logical but I give them.

The inaugural Pennine Bridleway Trail Challenge (PB270) is complete and I’m delighted with how this first edition went. Even more importantly, there has been the hugely positive feedback from all the athletes as well as the event team.

Ranger Ultras trail races have built with organic growth over the past seven years and several of our events use elements of the Pennine Bridleway. In parallel to this we’ve rolled out our ideas for safety team management and coordination to other multi-day events during the last decade. So, it made sense that the next step was for us to organise our own multi-day trail race and living next to the Pennine Bridleway, this was the obvious choice.

We’ve found our niche organising low-key, big-enjoyment trail running races that offer great value to participants. One of our regular supporters coined the phrase “if you need marching bands, overhead gantries and lots of razzmatazz, then Ranger Ultras may not be for you. But if you’re seeking great trails, well organised events and a friendly welcome where you’re not lost in the crowd, then give them a try”

The PB270 has the same ethos. We’ve decided to keep the numbers low to minimise trail impact and ensure local communities have a choice to enjoy or barely notice the athletes as the race progresses. Also, checkpoints are not overcrowded so the race team can look after the participants and each other equally well.

The athletes’ stories from this years event show that the PB270 is no ‘gimme’ or easy option. It requires thought with regards to personal race planning. But, with the generous timings, it is a multi-day national trail race which is accessible to athletes with walk-jog strategies as well as runnable trails for those going for a place.

The last words and thanks should rightly go to everyone on the event team, who’s commitment and enthusiasm translated the PB270 concept into a wonderful success.

All photos courtesy of Ranger Ultras and the crew and volunteers.

Find out more about Ranger Ultras, and the Pennine Bridleway, here. 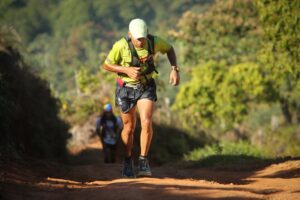 Atomized Entertainment is looking for ultra runners in the UK 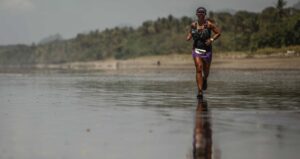 Last updated: 29-Aug-18 By Elsa Trujillo This week’s selection of articles and videos from the web focuses on preparation for those great events you’ve all 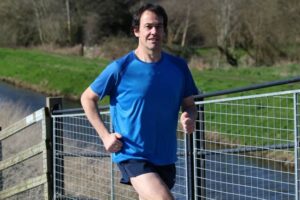 Last updated: 06-Nov-18 Man in a Shack Endurance Challenge On August 18th 2014 Dave Hall – an experienced marathon runner will set off on a