We’re pleased to announce that we have another lucky prize draw winner for October, so many congratulations to Phil Webster (@ultrarunning365) who will receive a box of Bounce Balls.

3X3000 Ultra Trail
Phil wrote a fantastic review of the 3x3000m Ultra Trail. This is a new race, which is part of the Sky Runner National Series and was designed by 2013 IAU World Trail Running Champion and Salomon International Mountain Runner Ricky Lightfoot. Phil praised the technical aspects of the course, which involved a hefty dose of steep ascending and descending.

In Phil’s words ‘If you’re planning this as your first ultra, I’d maybe reconsider, depending on your background.’ If, however you’ve got some experience like Phil, we say go for it!

Many thanks to everyone who posted some great race reviews on the site last month. Here are some of the best runner reviews but let us know which ones you think are the best of our highlights below:

Sears Great Canadian Run Ottawa charity event
Thanks to Kevin Haggerty (@haggaret) for his report on this event. He ran the 100km route as a pair and hopes to return next year to complete it solo.

NUTS Pallas “Midnight Sun Trail Ultra“
This is a fantastic looking race, located amongst the draw dropping scenery of the Ylläs-Pallas National Park in Finland. John Ryan lays out an extremely informative report, with in-depth analysis on all the aspects of his trip. A must read for anyone interested in this race.

Ultra Cape Town
We were really pleased to read three reviews of the Ultra Cape Town that we felt were worthy of inclusion in this month’s top 10. Luke Powers, Moerieda Mackay (@myMillionMiles) and Michael Thorne all wrote really detailed reviews that praised the toughness of the route, the scenery and superb organization despite the stormy weather.

The Lakes In A Day
This is a race from the highest point of the Lakes to the lowest. This is spread over 50 scenic miles and includes a thigh numbing 4000m of ascent. Sounds positively wonderful. Stuart Dickson certainly agreed in his review and also managed a 3rd place in the race, well done!

The St Oswald’s Ultra
This is a firm favorite of the UK race calendar and fittingly we received nine reviews for it this month. Two of these really stood out for us; the first by Dan Shrimpton is a hugely detailed account that could almost be made into an article. Packed to the rafters with information, we heartily advise any prospective runners to check it out.

We also really enjoyed reading Gary Butler’s review, where he described how he entered the race simply because it was close by. However, he was surprised by what he writes as a ‘one hell of a route!’ making it his favorite 100-mile race. This was his 7th 100 miler, by the way, so we certainly respect his opinion.

What’s your experience? Have you run any of these races or others on our site? Do share your stories.

If you would like to write a guest article for RunUltra you can propose an article here.

"What's your experience? Have you run any of these races or others on our site? Do share your stories" 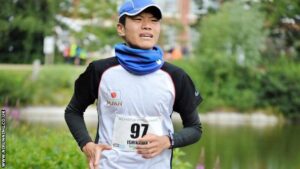 By Alice Morrison Ultra running is a strange thing, we all know that, but one of the special strains of madness it encompasses is the 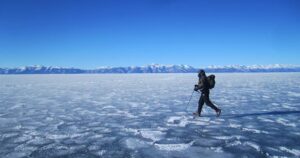 Last updated: 09-May-19 By Luke Jarmey Another splendid month of well crafted race and kit reviews from the community. Here’s our favourites and the top 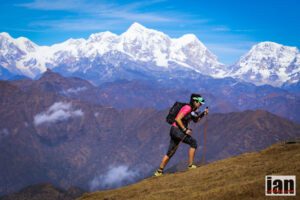 Taking on the Everest Trail Race

Last updated: 26-Oct-18 By Alice Morrison I am a swinger. I confess it. And it is something I really want to give up. Not that