We’re pleased to announce our top race reviews for March, so congratulations to Sarah Crunning who will receive a pack of 33Shake Chia Energy Gels.

We particularly liked Sarah’s review of the Hardmoors 55, as she acknowledges the race’s technical nature and even though steep rocky descents aren’t a comfort point for her, she was still bowled over by the beauty and enjoyment factor of the Hardmoors. This high praise along with its “…challenging but varied…” nature, sounds like some pretty perfect constituents of a grade A ultramarathon.

In no particular order, here’s our remaining top nine reviews for March.

This is the second month in a row we’ve had a top review of the Pilgrim Challenge. A favourite with pre MdS runners, it’s often heralded as a great, but nevertheless, a not to be underestimated, introduction to multistage ultras. Jeff praises the atmosphere and camaraderie of the event and notes that the event can be run as a single day event if runners don’t fancy biting off more than they can perhaps chew. Read Jeff’s review.

Robin Sanderson notes that the Jurassic Coast Challenge, is as its title hints, a challenge – not a race, with the associated mix of walkers as well as runners. Though some may be put off by this, just as many may be attracted by the self navigational format of the event. Robin also notes there are staggered start times to help with the difference in competitor speeds. Finally, can you resist running along a coast line with a name like that? Read Robin’s review.

Benjamin Tyas, who was undergoing his first multistage ultra experience, also praised the Jurassic Coast Challenge in his review, hailing it as a “beautiful and savage in equal amounts”. Read Benjamin’s review.

There are adventurous races and then there are just plain “out there” events. With Bradley Hyman describing the Addo Elephant Trail as “100 miles through untamed trails where wild animals roam free”, we think this falls into the latter category. Further tickling our fancy, he mentions the race navigates the only game reserve in South Africa with the “big seven” and with only 37 runners competing, this sounds like a true bucket list ultra running experience. Be warned though, if you read the rest of his informative review, you may find yourself face to face with a South African elephant next February. Read Bradley’s review.

With three entrants in our top ten reviews for March, the organisers of the Wuthering Hike (Haworth Hobble), must be doing something right.

In his review, Ryan Hogben praises the cheap as chips £13 entry, great route and most importantly the whisky given at a Stoodley Pike checkpoint. He also highlights the fantastic organization by race director Brett and his team.

A three time Haworth Hobbler, Angela White points out that whisky isn’t the only delicacy on offer. Doughnuts aside, she praises the lovely surrounding countryside, pleasant running and friendly feel.

Is there no greater accolade to a race than a competitor continually coming back for an extra helping? Well Howard Chambers certainly can’t get enough, as he’s been running it since the mid 80s! Read Howard’s review.

After having it recommended by his running club mates, Roger Thomasson tackled the Imber Ultra as his debut into the wonderful world of ultra running. He loved the detailed race instructions, friendly encouragement from every staff member and amenities at the end of race. However, he would advise carrying the appropriate clothing, due to the exposed nature of the course. Read his review.

Another top entry from Jeff this month, he echoes Roger’s sentiments of great value and fantastic support at the Imber Ultra. However, he goes on to warn that it’s not as deceptively flat as it seems, with a healthy dose of undulating terrain. That said, he believes this adds to it, providing some tantalizing views of the Salisbury Plain. Read Jeff’s review.

What’s your experience? Have you run any of these races or others on our site? Do share your stories.

If you would like to write a guest article for RunUltra you can propose an article here.

"What's your experience? Have you run any of these races or others on our site? Do share your stories" 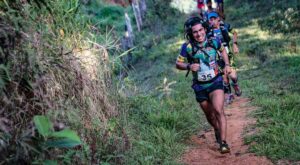 Last updated: 24-Aug-18 By Luke Jarmey We’re pleased to announce our top reviews for February. So congratulations to Helen Pickford who will receive a pack 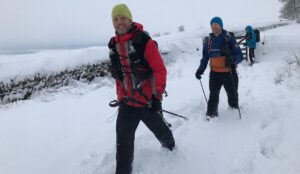 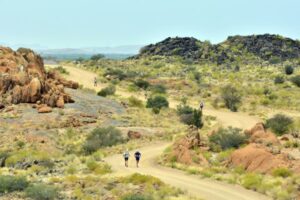 Last updated: 25-Oct-18 By Luke Jarmey We’re pleased to announce our top race reviews for April, so congratulations to Ryan who will receive a pack

Looking for an ultra that goes above and beyond what you thought the UK could offer? Do you love to run ultra distances through simply breath-taking scenery,