Head in the Clouds, Feet on the Ground – The Tromso Skyrace

As I approached the summit of the climb, the terrain shifted from track to rock and boulder fields. Huge irregular marbles of stone, sometimes covered in snow and other times wet from the persistent, light rain. Traversing along a thin gully, I made sure I had three points of contact at all times. It was easy to fall!

I reached the end of a section and Jordi turned to me and said, ‘Now it gets technical!’

‘You go on ahead. You can take your time, find your spot and I will come through in my own time,’ I said, taking a breath as I looked ahead.

The first step required a leap of faith. Faith in my own ability and faith in the stability of the rock that I would place my foot on. It was an angled piece of rock, completely irregular in shape, maybe 18-inches wide and at an angle of 30-degrees. Either side; nothing! 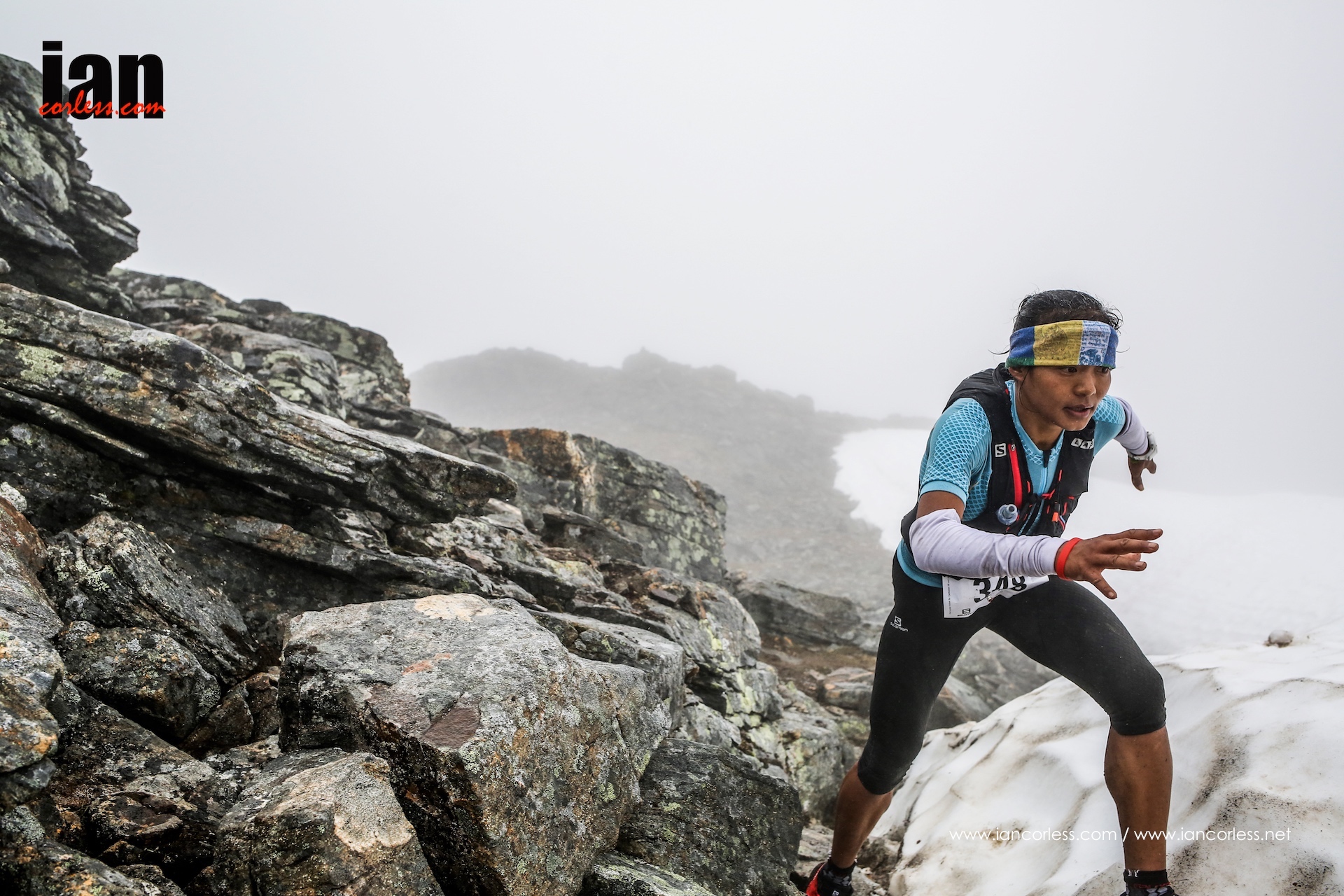 I say nothing. I lie. It was grey, misty clag and cloud.

One mistake here and it was bye-bye.

I made the move, right-to-left foot and suddenly I was on the next rock, and then the next. I had bridged the gap and started the ridge along the Hamperokken, a key section of the Tromso SkyRace.

I had too much time to think, sometimes it’s not good. A fluid movement brings the most relaxed and pleasing results. Here, on this ridge, I was thoughtful, analytical and I was assessing what problems each step may bring. In some respects, that is no bad thing, but today it didn’t feel natural.

I clamber, drop, grip and ascend and descend as required by the ridge. The rocks were wet and grip via hand or foot was going to be compromised. I was already wearing light gloves to protect from the cold, my shoes were mountain running shoes designed for grip of softer/ muddier ground. I wondered, ‘What will the grip be like on these rocks?’

It wasn’t the time to be asking those questions. 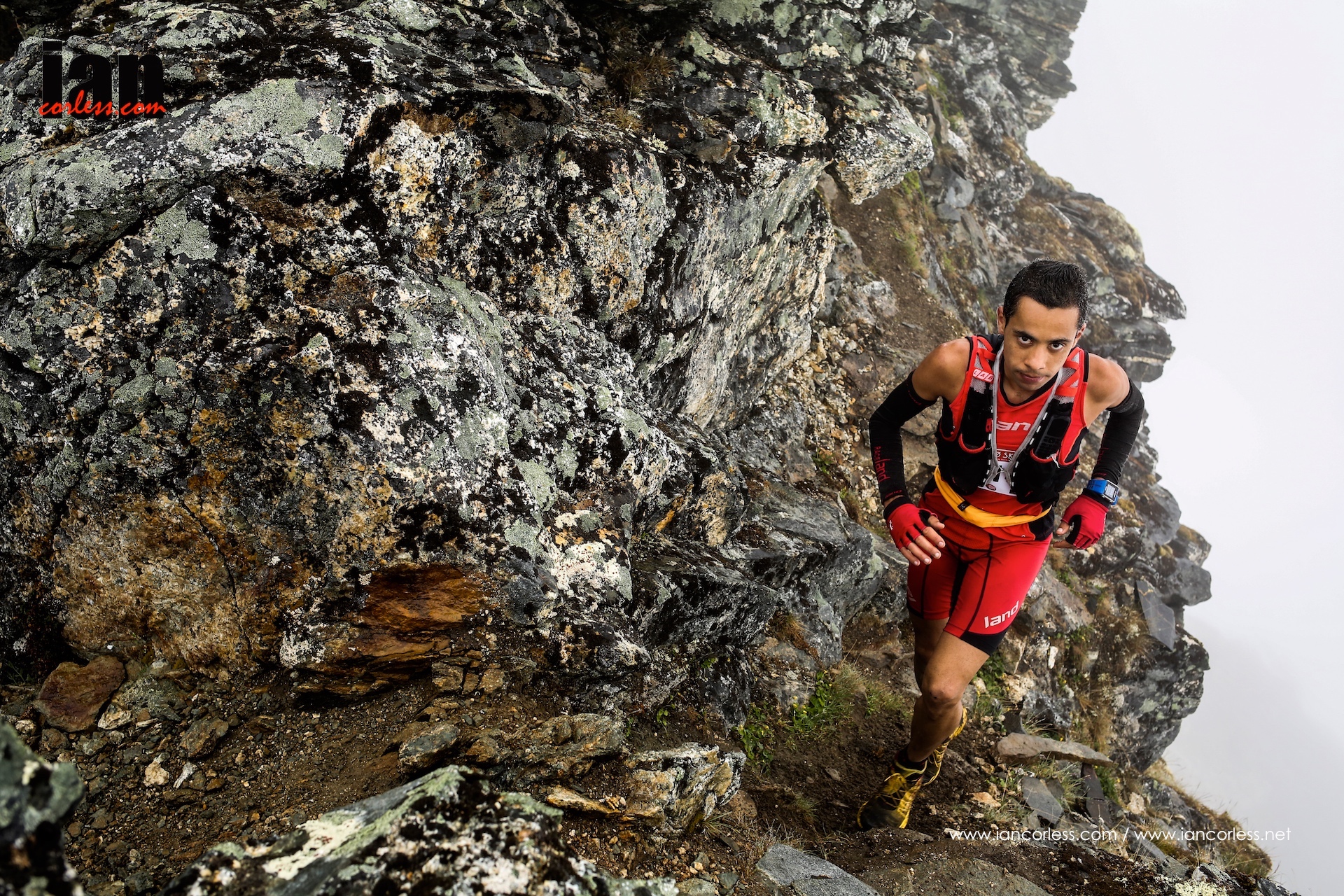 I started to settle, to breathe in a relaxed way, and to find an equilibrium between the challenges of the terrain and the questions in my mind. ‘I can get along this ridge, but it’s not going to be too pretty to watch and I am sure glad I am not in a racing situation.’

Race director, Kilian Jornet pops around the corner like a mountain goat. He looks at home, relaxed and confident on the terrain. He has a rucksack on his back and in his hand a quiver of flags. He is making sure all course markings are in place before the lead runners come through. We exchange words, laugh about the weather and the lack of views and with a, ‘They’ll be here in 50-minutes,’ Kilian flies off as though he is running a 5k Park Run.

It was in this moment that I had a full appreciation of the chasm between the Catalan and I. Not that I ever really questioned it! However, we often like to think of our abilities and place them on a level. Having seen a ‘10’ go off down the ridge, I realized at best I may be a ‘4’. It was a sobering thought.

I found my spot, nestled myself into the rocks and protected my cameras from the rain. Right on Kilian’s predicted time, the first runners arrived. At this point of the course they had been running for several hours with over 20km in their legs. Faces were drawn and eyes were almost bulging from sockets as concentration levels were at the highest as they worked a route along the ridge to the end.

It was beyond impressive, primal survival instincts were switched on and fear was switched off. The fluidity of movement made the ridge traverse a form or running/ mountaineering ballet.

On the other side of the summit, scree and snow welcomed the runners as they dropped to a crossing point on the course and then the final push for home with another quad busting, hands-on-knees climb. 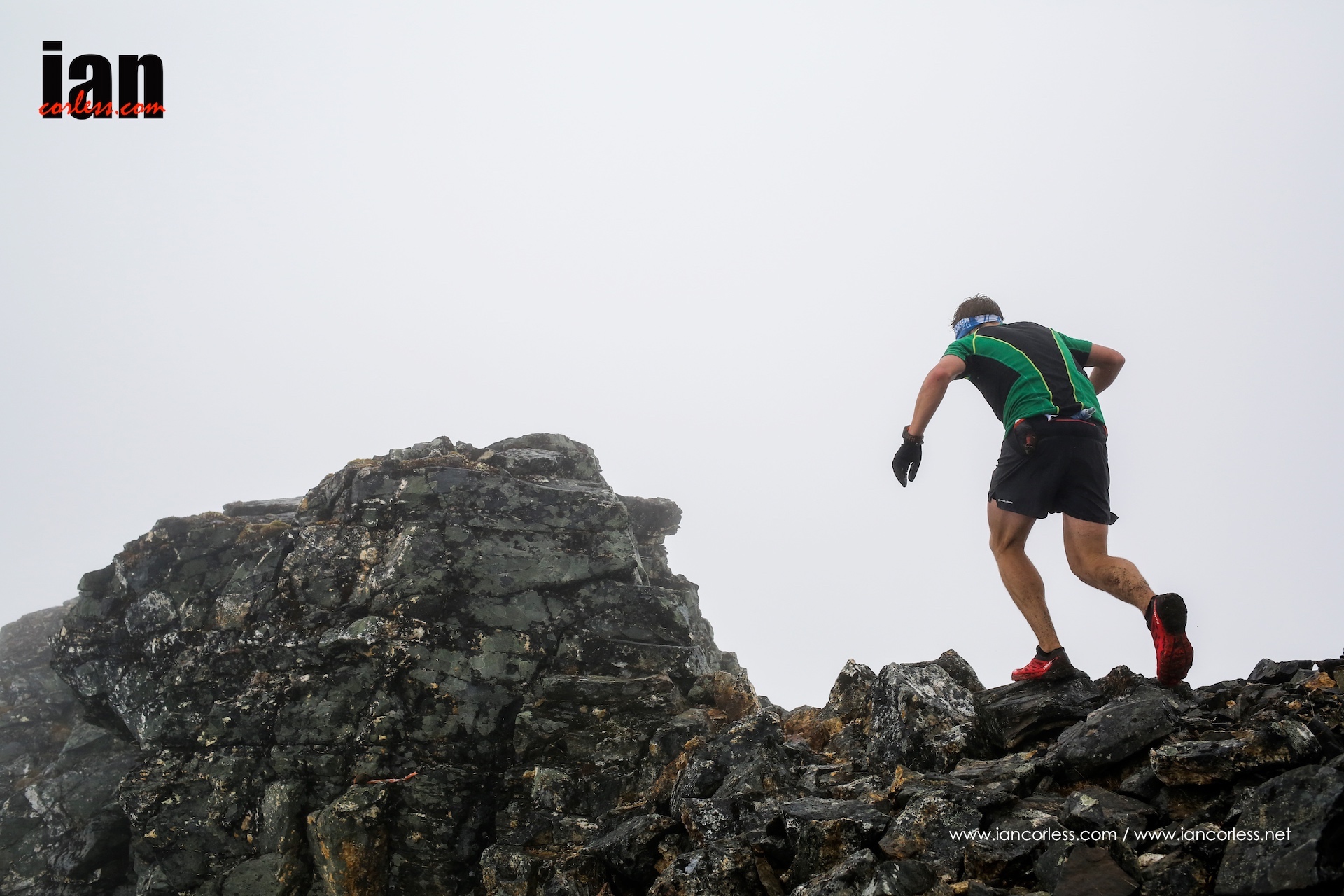 The finish finally would come; just over 6-hours of running and climbing for the lead man Jonathan Albon and 7:09 for the lead lady, Emelie Forsberg.

But the race would continue on into the 24-hour day. Darkness does not arrive in Tromso at this time of year. For all the runners the chimes of midnight announced the course was closed; 111 runners had crossed the line.

The Tromso SkyRace epitomizes the cross over between running and mountaineering. For sure it’s skyrunning but it’s skyrunning with bells on. It’s alpinism without the clutter and as the race team packed away, already thinking of next year’s race, I wonder if we are seeing the start of new sport? A more extreme version of what we have come to expect from races like Trofeo Kima or Ice Trail Tarentaise?

Purists would say that skyrunning may well finally be harking back to the glory days of the late 80’s or early 90’s when Giacometti, Meraldi, Brunod pioneered a new sport on the slopes of Monte Rosa and Mont-Blanc.

One only has to look at the two race directors at the Tromso SkyRace, Kilian Jornet and Emelie Forsberg, to understand how the sport of skyrunning may now be coming full circle. Back to the roots, the roots of a sport born on mountain slopes.

Giacometti was ahead of his time. The sport he created in the early 90’s was a sport for a selected few. Kilian Jornet has opened the sport to a new audience, a new breed of skyrunner and to that end, the sport is growing as are the courses.

One thing is for sure, Kilian and Emelie have created something quite special in Tromso. But be warned; this race is not for everyone! Just like Trofeo Kima in Italy, you need to ensure that you are prepared for the challenges that the Tromso Skyrace will throw at you.

It’s a race that makes you feel alive by placing your head in the clouds and keeping your feet on the ground. 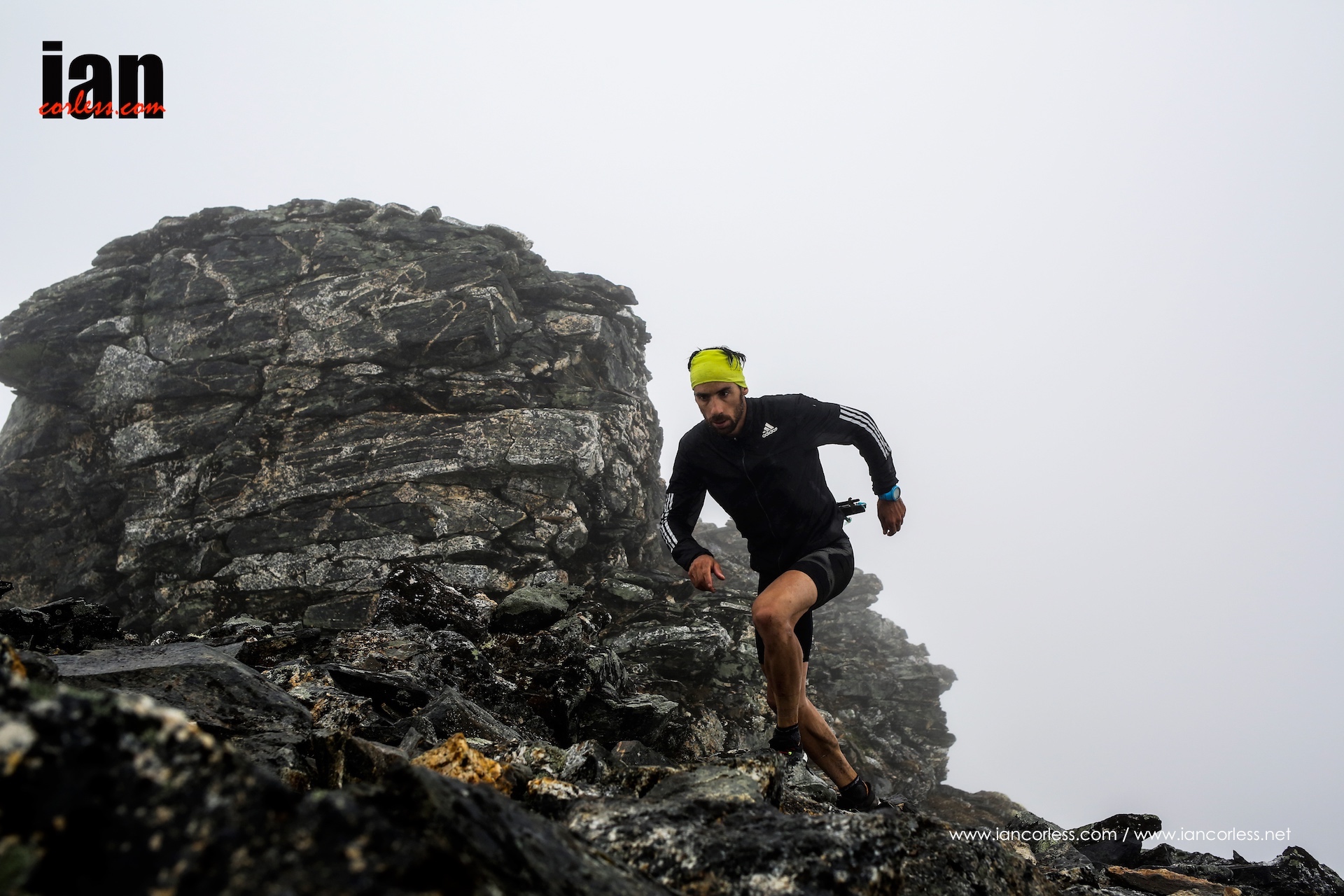 "Race director, Kilian Jornet pops around the corner like a mountain goat. He looks at home, relaxed and confident on the terrain. He has a rucksack on his back and in his hand a quiver of flags. He is making sure all course markings are in place before the lead runners come through" 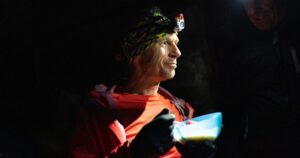 By Dan Stinton On Tuesday morning, before you’d even started grinding your coffee beans, Damian Hall was dipping his foot into the Irish Sea and 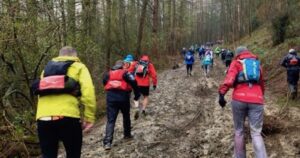 By Luke Jarmey We’re pleased to announce our top reviews for March. So congratulations to Neil Johnson who will receive a pack of 33Shake Chia Energy 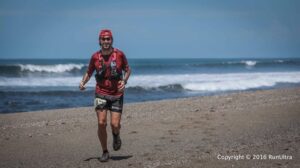 Last updated: 14-Mar-19 By Elsa Trujillo We know you enjoy our selection of articles and watch our videos, so this week we’ve made a combo

Looking for an ultra that goes above and beyond what you thought the UK could offer? Do you love to run ultra distances through simply breath-taking scenery,