How’s your monthly mileage been coming along in Lockdown? Found a challenge or virtual event to keep you motivated? Allie Bailey found two events to keep her running in May, and ran a staggering 575 miles in a month.

The first was put together by Cockbain Events and called “The Accumulator”. The premise is simple; you run the date in miles. 10th May? Ten miles. 11th of May. 11 miles and so on. Notably, you have to do the miles in one go, no double run days allowed. It goes without saying that as the month progresses things get tougher. So what did she do? Lobbed a one day 100 miler in for the Centurion One Community event at the end. Because…? Well, ultra running that’s why.

Run Ultra caught up with Allie to find out more.

Q. Hi Allie, congratulations on your excellent month of running! What a feat! What was your first ultra and how did you find it?

A. Thanks! My first Ultra was The Ox down in Dorset. My sister decided she was going to start running ultras, so I signed up for London to Brighton (100km) with her and used The Ox as training. It was 38 miles and I absolutely loved it. It’s really hilly but because it was my first one there was no pressure so I ate my way around it.

Q. Have you done high mileage races or Events before?

A. I’ve only been running 8 years but its escalated pretty quickly. I’ve done three or 4 hundred milers and a lot of ultras of between 35 and 62 miles. I’ve lost count to be honest. I also train a lot, so I run long distances back to back for fun.

I work with Rat Race, going off to test their Bucket List events so need be match fit in case I need to do an accidental ultra across a jungle for them at short notice.  I’ve never done mileage like this over a month before though. Up until lockdown my longest ever mileage month was about 250 miles – and that included running across a desert. 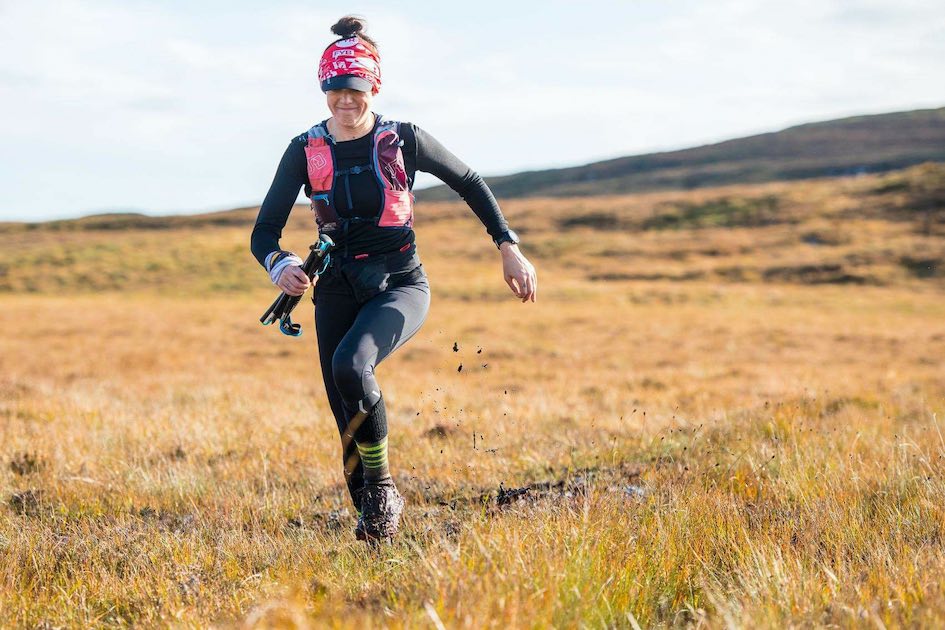 Q. At what point did the challenge become tough and what was your recovery like in between running?

A. I think it was toughest in the first week! Not physically, but mentally. The thought of the coming weeks was a mental struggle. It was lonely. There was no real reason to be doing it. That’s when the wobbles were there. I was also a team captain on the Indoor Relay event so had to factor that in – it was 4 hours a day online and I needed to fit the continuous runs in around that.

As the weeks went on I was actually surprised by how much stronger I felt. I took the last week off work to 100% focus on running. That week was also the Centurion Running One Community virtual event, so there were a lot of other people out running virtually across my socials trying to do 100 miles in a week. I felt like I had company and support, so as much as it was physically challenging at this point, I didn’t feel so alone.

It made running 100 miles in 24 hours at the end of the week so much more manageable. And I had some brilliant pacers too. Recovery wise I was eating and drinking as soon as I stopped and spacing out the runs some in the morning, some later in the afternoon to allow as much time for recovery as possible. 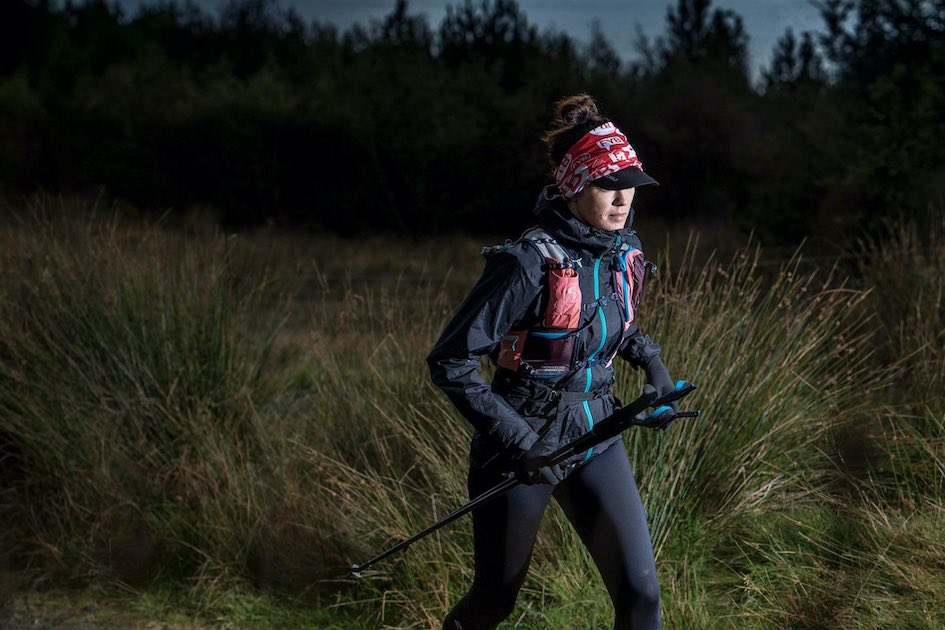 Q. Congratulations on The 100 miler PB! Do you think the daily running helped?

A. I honestly believe it did. I’d run a lot in April – about 380. It was all about keeping sane in lockdown. So I had built up a base gradually and may was just a step up. I was able to almost hit my “cruise control” button. I didn’t set out too fast, ate properly and planned a route that was four 25 mile loops I knew well.

It went past my house which I used as an aid station, so I planned food and was able to pick up my socially distanced pacer at the start of each loop. My priority was finishing the Accumulator, not smashing the 100 miler – I still had to do 31 miles the day after the 100 miler so I had decided that if anything hurt or I felt awful, I would slow down and if necessary, stop.  The pressure was off and I really think that helped with my performance

Q. What was your go-to snack?

A. Mini Soreen, tunnocks caramel bars, porridge and crisps. Plus a proper pre prepared meal at the end of every loop – a breakfast, lunch or dinner depending on the time. Cold pizza went down VERY well at 3am.

Q. It must have felt both strange and excellent to not run when it was over. What’s next?

A. I finished the 100 miles at about 3pm on the Saturday afternoon and I had to run 31 miles on the Sunday. After I’ve done big distances like that I go a bit weird. REALLY tired but unable to sleep, sometimes quite tearful, and having nobody at the end to say well done, no arch, no medal, just nothing was very strange and a bit sad. It was a definite “what was the point” moment.

But I think we need to take on board that a lot of races will be like that in real life for the foreseeable future. We won’t get cuddles from volunteers or the big finish with friends and family so on reflection it was probably good practice! My legs were shot because I’d been going at a good pace and it was all on road, and I honestly didn’t know if I would make it around for the final 31 miles on Sunday. But the body is an incredible thing and when I woke up on Sunday, I was able to get out and do the 31 miles in about 6 hours. And on the Monday if I’m honest I missed running!

Next up for me are the planned races that I had in my calendar that are still going ahead – I was signed up for the Grand Slam with Centurion so have NDW100 on the 8th August and Autumn 100 in October. In September, I am running 100 miles. That’s all I am saying. I have a super exciting test pilot planned that will take 30 days but it’s still a bit of a secret! Myself and Rat Race are also still hoping to get out to Patagonia, Madagascar, Easter Island and The Galapagos this year on test trips head of next year. Adventure is what I live for, so in these uncertain times its essential we plan ahead for when we can be free to do what we love again.

You can keep up with Allie on her Instagram page and over on her Strava. 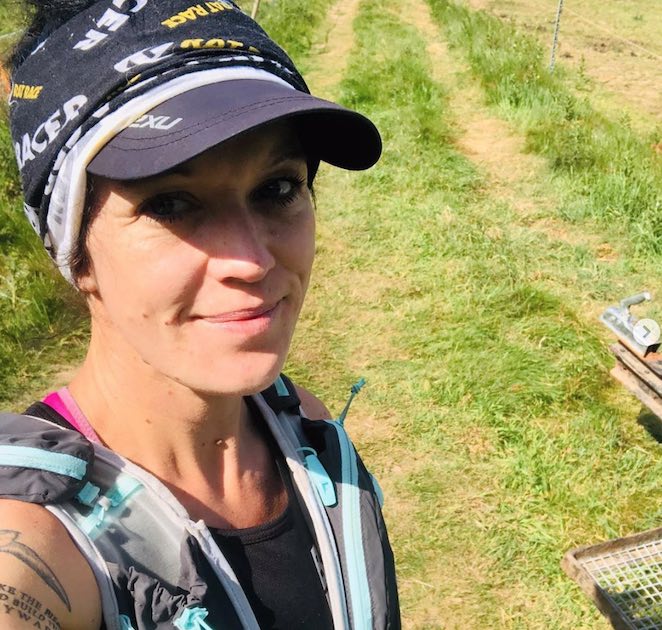 Allie on the last day of “The Accumulator”

"Adventure is what I live for, so in these uncertain times its essential we plan ahead for when we can be free to do what we love again" 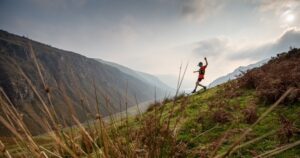 By Sarah Cooke With many countries back in lockdown and few opportunities to race or train with other runners, we had a look at what’s 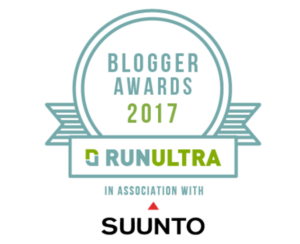 Guide to our #RunUltraBlogger Award 2017

Last updated: 27-Oct-16 We’re excited to find out from you who you think is the best blogger about long distance running. We’ve started the ball