With no races to train for, Summer 2020 has already seen some amazing solo feats of endurance in the UK.

In the Lake District, Sabrina Verjee smashed the Wainwrights, Kim Collinson broke the record for the number of peaks completed in 24 hours, Katie Kaars Sijpesteijn set a new Abraham’s Tea Round record and Beth Pascall set a new female Bob Graham Round record.

It wasn’t just the Lake District seeing records broken. On 16th July, John Kelly knocked around 40 minutes off a Pennine Way FKT (fastest known time) that had stood for 31 years. The following week, Damian Hall set off to run the Pennine Way in the opposite direction. Less than 62 hours later (61:35), he had knocked over 3 hours off John’s time.

Damian’s previous achievements (to name only a few) include podium spots at the Spine Race and Dragon’s Back Race; coming 5th at UTMB; representing Great Britain at the Trail World Championships; and FKTs for the Paddy Buckley Round, the South West Coast Path and Cape Wrath Trail (with Beth Pascall). The Inov-8 ambassador is also an enthusiastic climate change campaigner and his record-breaking run has already raised over £4,000 for Greenpeace. RunUltra caught up with Damian to chat about his latest achievement.

Q. When did you decide to attempt a Pennine Way FKT?

A. I first thought of it after running the South West Coast Path back in 2016, but I was very much aware that Mike Hartley was an incredible runner (4th at the 1993 100k European Championships) and very intimidated by that. The fact his record stood for 31 years was no coincidence. So, each year I would find an excuse to put it off, until Lockdown, when I ran out of excuses.

Q. Did you know John Kelly had a similar plan and how did his achievement affect your plans and mindset?

A. John and I are friends and we chat regularly, so I was very aware, and we swapped info and ideas ahead of both attempts. My approach was always going to be more conservative than John’s, I think, so my strategy didn’t change at all after his run, but my mindset did. He had made it look possible.

Q. John ran the Pennine Way in the opposite direction from you (south to north rather than north to south). Does the direction make a difference to an FKT and who decides which way is best?

A. Anyone can go in whichever direction they choose. I wanted to see the Pennine Way from a fresh angle (I’ve done the Spine Race twice, too), but also figured it’d be good to get some of the bigger hills out the way sooner.

Q. Ok, so how did you prepare for the attempt?

A. I did get three trips to the Pennines in, but I already know the route well. Lockdown benefitted my training, really, as I found I had more time for it. I worked with Shane Benzie on my form, Strength For Endurance helped make me more robust, Renee McGregor helped with nutrition advice, Dr Josie Perry helped me with my mindset, Precision Hydration helped improve my hydration strategy. 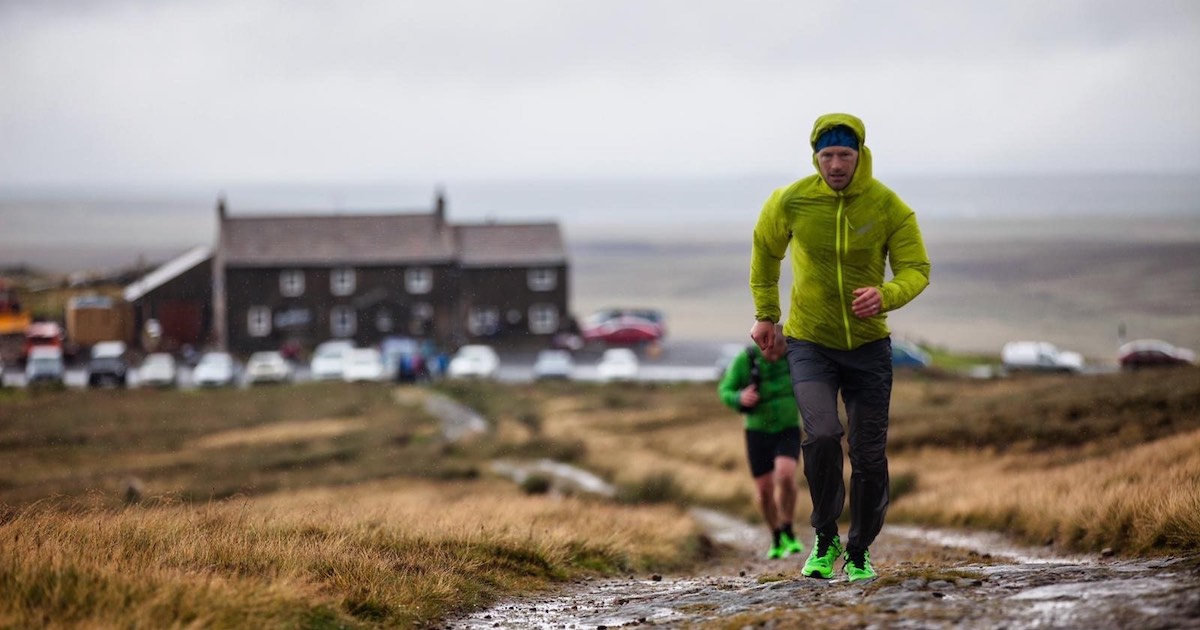 Q. And how did the experience compare to your previous FKT achievements on the SWCP and Cape Wrath Trail?

A. It was a real team effort. I had pacers with me too, which I’ve never done before, and they are a huge, huge help (not least with picking up litter – thanks guys!).

Q. Yes, we did see you picking up litter. Was this always part of the plan or were you surprised by the amount of litter you saw on the Pennine Way?

A. It was always part of the plan, as was not using animal products and not creating any plastic waste. The latter was easily the most difficult part as so much of our food comes in plastic packaging. I found companies such as Delushious, Lucho Dillitos, Outdoor Provisions, 33Fuel, The Vegan Kind and Firepot, who all use compostable packaging.

Q. How important were your crew and supporters and what impact did social distancing have on their involvement?

A. I did try to keep my team to a bare minimum, but people seem to love being involved! We did our best to keep things responsible. But yes, I wouldn’t have broken the record without my amazing team. They were incredible. Thank you!

Q. You looked surprisingly fresh at the end but must have felt pretty broken. Can you describe that finishing moment?

A. I didn’t feel fresh! Nicky Spinks gave me an absolute kicking over the final few miles. Gadzooks, can she still shift! It was just lovely, lovely, lovely. Huge thanks everyone in Edale!

Q. There have been a lot of phenomenal record attempts so far this summer. Do you think this has been influenced by lockdown?

A. 100 per cent. We’re having an unprecedented summer of record breaking and isn’t it exciting? I look forward to more dot watching.

A. Oooooh. The Paddy Buckley Round. Ultra Tour Monte Rosa. And… The Coastal Challenge, in Costa Rica.

A. Lots of lying down and eating cheesecake.

Once he’s eaten all the cheesecake, I’m confident there are more great things to come from Damian. Watch this space.

"My approach was always going to be more conservative than John's, I think, so my strategy didn't change at all after his run, but my mindset did" 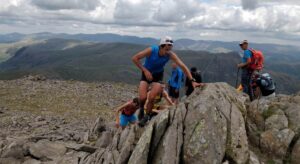 Last updated: 16-Jul-18 By Alice Morrison He’s done it again. Yet another record has fallen to the unstoppable Kilian Jornet. He has completed the infamous 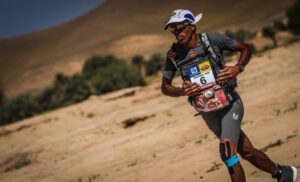 Good health, muddy boots and how to speak ultra

Last updated: 19-Jul-18 By Elsa Trujillo At RunUltra we know you’re busy with your work, your training and your lives so not a lot of 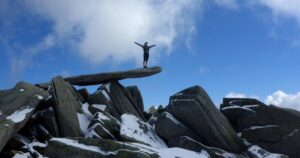 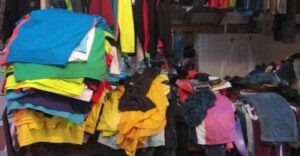