With runners from Czech Republic, Switzerland, The Netherlands, Lithuania, Latvia, Slovenia Spain, Poland, Scotland, Wales and England toeing the start line under a baking sun at 10:00, the hardy pack of skyrunners set off on the Rab Pinnacle Ridge Extreme 2022.

The 3rd edition of the PRE, sponsored by Rab, supported by the Climber’s Shop, and partnered with Mountain Fuel, Voom Nutrition, Mountain Run and John Muir Trust, had competitors taking on some seriously extreme terrain, with 4 graded scrambles on the route.

Andrew Lamont looked cool as a cucumber on the start line, letting the younger and less experienced skyrunners push the pace as they left the start at 10:00 on the dot. On the first proper ascent out of the Glenridding Valley, through the old lead and silver mines of greenside, Andrew started to challenge the lead pack and push for a lead.

Jayson Cavill stated his legs were like lead and breathing was out of sorts until out of the hot valley temps, but once over Sticks Pass he moved with Andrew to chase him down. Matt Manning responded and took to chasing Jayson as the lead 3 pushed hard up to the first technical section of the race over Brown Cove Crags vis Stepped Ridge, a grade II scramble.

In the women’s race, Georgia Tindley, who said she was taking it easy and going for a jog, took a wrong turn crossing Glenridding Beck and added an extra 2km to her race day. However, it didn’t seem to slow her pace and as the pack opened out Georgia was on the mission of challenging for the podium spots.

Natalina Neuenschwander from Switzerland was hard on her heals but Georgia’s pace meant Natalina dropped off the back, giving Georgia a clear run for the 1st podium position. Placing 3rd on the finish line, Alicia Schwarzenbach, who has had a great season so far taking 3rd place in the recent Rab Scafell Sky Race and 3rd also in the Snowdon Sky Race back in May, kept pushing to stay in contact, but never close enough to challenge Natalina’s 2nd place.

Georgia Tindley, Rab sponsored athlete, crossed the line in 5th overall place, taking the win in the women’s race and setting a new record taking almost 30 mins off Kristina Aluzaite’s record from 2021, completing the race in an awesome time of 05:02:57, slightly upset she didn’t beat the sub 5 hour mark. Had she not made a mistake in the first kilometres, then an overall podium finish might have been on the cards.

The events safety team were on alert all day in the heat, monitoring runners for heat stroke and exhaustion and whilst one runner collapsed at the start of Pinnacle Ridge, the main scramble on route at a meaty grade III, the team soon had him cooled off and walked off the mountain to experience the finish with the rest of the competitors.

Many runners commented on the fantastic nature of the course, where it literally changes from rock to grass to bog to hands and knees ascent of the climb to Pinnacle Ridge just before the final ascent. The Rab Pinnacle Ridge Extreme is really as it says in the title, you cross ‘pinnacles’ over 4 different ‘ridge-line’ and it is, for all intense and purposes, a very ‘extreme’ race, not for the feint hearted and only for those who possess climbing skills to make the ‘cut’ through the vetting process.

. All photos courtesy of Paul Mitchell 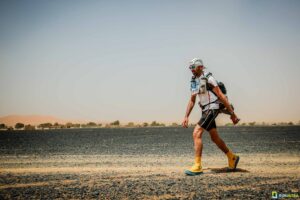 Last updated: 14-Mar-19 By Elsa Trujillo Last week we brought you a video bonanza of amazing running locations to inspire you to run further. This 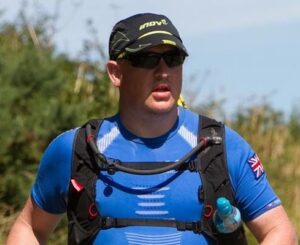 Last updated: 06-Nov-18 By Luke Jarmey Luke Jarmey from RunUltra is always on the look out for new stories to share with the community. He 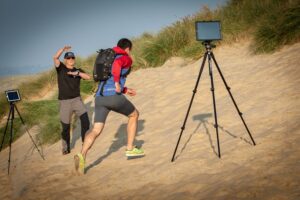 Improving your posture, cadence and footfall

Last updated: 06-Nov-18 By Luke Jarmey Shane Benzie is a movement analyst, coach and researcher. He has a particular interest in implementing a running style

Today marks one year to go to the inaugural 13 Valleys Ultra, an epic off road event in the stunning Lake District National Park, taking place from