Imagine, being one of the first runners to start a brand new race, in a stunning location, where there’s never been an ultra run before. In fact, a place where few people have even run.

Imagine wild landscapes and wide-open horizons, abundant wildlife which is unafraid and approachable, and a small community which is 100% supportive of your run.  Then add in a unique history for the route, and the chance to explore one of the most remote island groups in the world.

An impossible dream?  No, it’s the new Falklands Ultra.

After Covid delays the new race has now been re-launched for April 2023, so you will have to wait a while to bring that dream to reality, but some things are worth waiting for and require a bit of advance planning and preparation.

The new race is the brainchild of best mates Stuart Edmondson and Andy Hodgson. Stuart spent a year living in the Falkland Islands while working with the RAF, and when he encouraged his ultra runner friend to visit the response was; ‘What international events can we do there?’  The answer was; ‘There aren’t any!’

PING!  That was the light bulb moment.

Of course, there are reasons the islands have no international events.  It’s a long way away, from anywhere, situated in the South Atlantic a couple of hundred miles from South America and is one of the most southerly islands in the world; next stop Antarctica.  It’s very hard to get to, and there are limited resources on an island with a population of around 3,000.

Stuart and Andy were undaunted, and have put in several years of hard work to make the new race possible. They know the rewards of racing there will make the effort worthwhile.

With the backing of the Falklands Islands Tourist Board and the local community, they’ve put together the race, and the trip of a lifetime. Working closely with airlines has been necessary in order to fly in the competitors from Santiago, Chile, for a week long, all-inclusive trip.  It’s a complete package; the flight from Chile, the race, sightseeing tours, accommodation and food are included.

Of course, such a superb destination needs a very special race route, not just a run around the island’s roads for the sake of making up the distance.

“We looked at a multi-day stage race,” said Hodgson, “but that seemed to lack a purpose and had some logistical difficulties. There was only one bus on the island for a start!”

“Then we found the distance from San Carlos to Stanley was 100km.” PING!  The light bulb lit up again.

The names San Carlos and Stanley might ring some bells, especially to British runners, and in connection with the Falklands Islands. They were pivotal locations in the Falkland Islands conflict in 1982, when a British expeditionary force landed at San Carlos Bay, and progressed to the island’s capital, Port Stanley, to retake the islands from Argentine forces.

The Falklands Ultra 100km roughly follows this route across East Falkland, taking a largely off-road route past Teal Inlet and Estancia before the final approach to Stanley, passing Mount Kent, Mount Longdon, Two Sisters, Tumbledown and Wireless Ridge.  The terrain is described as, ”Mainly peaty, rocky, boggy, muddy, open moorland and hills, with some gravel track, before finishing off with tarmac for a few hundred metres.”

If that is not challenge enough there is also a 100 mile route, which starts at Goose Green and climbs over the highest point on the island, Mount Usborne (705m), before joining the 100km route. There is a trail marathon course as well, and the option of a team of 4 relay.

The tag line for the race is “Running in the footsteps of history”, and along the way are the sites and relics of the battles that took place. Nowhere else in the world has such a unique mix of epic terrain, friendly wildlife and iconic battlefield history.

The race supports some military charities, and one of the patrons who will attend is Falkland’s veteran Simon Weston CBE. However, the military history is just one aspect of Falkland’s life runners can experience. Included in the time on East Falkland are options for guided 4×4 trips to penguin and elephant seal colonies, hiking, kayaking, climbing and whale watching excursions, or time to explore the wildlife, history and scenery of the islands on your own.

The race dates are 8th-15th April 2023, and the weather is expected to be … unpredictable. The race website explains; “With so little land mass at that latitude the weather changes rapidly. It is not unusual to have warm sun, bitterly cold winds, hailstorms, blizzards and torrential rain on the same day. With no trees on the islands there is no shelter when the weather turns for the worse.

The race will be run under a permit issued by the UK Trail Running Association according to the rules of UK Athletics, and for the ultra distances it is intended that ITRA points will be available.  There will be GPS tracking for the race and generous cut-off times to give everyone the best chance to complete the route.

It is a trip and a challenge which has attracted interest from some elite runners, one being US ultra runner Mike Wardian who said,

“When I heard about the Falklands Ultra, I thought about it for about two seconds before signing up. I am blown away by the organization, landscape, remoteness and ruggedness.  I cannot wait to take part and explore everything the Falklands has to offer.

“I want to do the Falklands Ultra as I think racing across the island will be challenging, majestic, unique and the course looks spectacular. I am highly competitive, so I just don’t want to just race, I want to put myself in a position to be the person to win the first ever Falklands Ultra. I love seeing what I can do and continuing to evolve as an athlete and I think the terrain, weather and competition at the Falklands Ultra will be second to none.”

If you want to join Mike, and the others who will start the first ever Falklands Ultra, you can find out all about the race on the website at www.falklandsultra.com and there is more information in the event brochure which you can obtain by emailing conta[email protected] Follow the Falklands Ultra on Facebook

RunUltra readers get £250 off if booked before the end of February. Quote “RunUltra” at the checkout.

All photos courtesy of the author, unless otherwise stated

"Imagine, being one of the first runners to start a brand new race, in a stunning location, where there’s never been an ultra run before." 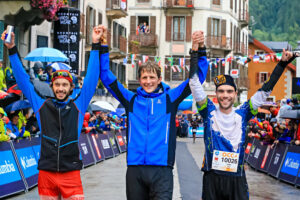 By Alice Morrison Looking at the live feed from Chamonix, where spectators and supporters were waiting as night fell for the remaining runners to come 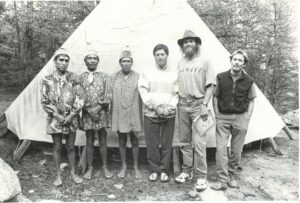 Last updated: 02-Jun-17 By Alice Morrison If you are free on the 6th of June and are in London (UK), why not go along to

How to Write a Race Report… and tell other lies

Last updated: 26-Oct-18 By Seth Grotzke Race reports are traps. Once you read one you begin to hear a little voice in the back of

Scott Jenkins is fast becoming known as the UK’s 200 Mile Man. Readers may have read of Scott’s countless endeavours over the years, from running 2000