Mike Seaman is the CEO and Founder of Raccoon Media Group (the company behind the National Running Show) and this October he is taking on 3 challenges in 4 weeks totalling 172 miles – the London Marathon, the Glasgow to Edinburgh Ultra and the West Highland Way. We chat to this self-confessed ‘ordinary runner’ about the challenge.

I took up running in my late twenties and have been doing it regularly for about 15 years now. Running is a huge part of my life, it’s my hobby, my job, my headspace and pretty much all I talk about – I flipping love running!

I do love it, and I try very hard to keep it fun rather than uber competitive – I’m never going to win a race, so I try to make sure the event (and the training) are fun, regardless of the outcome. That doesn’t mean I don’t like to challenge myself – I love pushing my limits and taking on harder challenges that are at the edge of my ability. I love the jeopardy and doing something that scares me a little bit is fun and really motivating.

So, this year it is the marathon, followed by a 56-mile ultra, followed by the slightly terrifying 96-mile West Highland Way (which has 3,155m of incline by the way!). I’m writing this having completed the marathon on Sunday and the day before I fly to Glasgow for the Glasgow to Edinburgh Ultra. I am quite frankly bricking it! The order of the races helps – with the WHW hopefully being the culmination of the ‘training runs’ beforehand (although the thought that an actual marathon is a training run makes me feel a bit sick!).

I should probably at this point qualify that I am not a particularly good runner – I have a physique like a pregnant giraffe and a nutrition strategy that resembles a drunk student. I’m not particularly fast and although I have completed a few ultras, I’ve also failed lots too! However, what I lack in ability I make up for with over-confidence and a splash of stupidity so let’s go!

In terms of preparation for this – I’ve put in quite a solid training block. Normally I run around 25 miles a week, but I built that up to 40 miles a week in the lead up to the marathon. I’ve really focussed on time on feet and a mix of training, including lots of hills! The week before the marathon I did a 20-miler on the downs link with my friend Susie (who is a badass ultra-runner) and that gave me some confidence that I might be in the right shape to get through October without dying!

I then took a week off, focusing on strength and stretching ahead of London Marathon last weekend. That mix of training helps massively – I’ve been using the Peloton app to vary my training a bit and that feels like it has been a real game changer for me.

London marathon was AWESOME – the crowds were massive and the banter was infectious. Four of us from the National Running Show team were running and it was awesome to see how well everyone did. I am 6ft4 and was dressed as a fairy, (don’t ask!) which meant I got a lot of shout outs (and a few marriage proposals) from the crowd – maybe I should dress as a fairy more often!

It felt weird going into the race knowing that this was essentially a warm-up for the Glasgow to Edinburgh Ultra this weekend, but I do think that helped my mindset. I set out at a comfortable pace and managed to stay consistent all the way round. I finished in 3:53 and managed to avoid injury, which is a definite win! I did have to do some ‘work’ on one of my big toenails, but that is just one of those things and if they are both left by November then I will be very surprised!

Since then, it’s just been a bit more strength work and time on feet ahead of this weekend – no running needed really. G2E is an organised race (by GB Ultras), so I feel ok about navigation and I know that there will be fuel stations on hand. My focus on this one is admin, particularly kit and food that I will carry. There are certain things that I’ve tried and tested and always use (including cashew nuts, crisps, electrolytes, salt tabs, cheese sandwiches and Pepparamis!) I’m a creature of habit and I’m a big fan of ‘nothing new on race day.’ I’m running with my friend Dom and it’s his first ultra, so it will be exciting to see him finish (assuming I can keep up – he’s about 20 years younger than me and a lot fitter!) Again, it’s weird thinking of this as a ‘training run’ but I think that is keeping me a bit more relaxed. We plan to just focus on 5 miles an hour, walking the hills and not spending too long in aid stations – hopefully that will get us home in good shape.

Then comes the big one – the West Highland Way – 96 miles from Glasgow to Fort William and no small number of hills thrown in! I will have two weeks to recover from G2E and I will need to do a few shorter runs to get my legs ticking over in between, but nothing too heavy. That one isn’t an organised race – it’s just me and my friend Doug, with his brother and my wife crewing us.

The route is well marked, and Doug is from the area, so we should be fine with navigation, but I am very (very) nervous about this one. It feels like a proper adventure – our crew will be meeting us regularly and tracking us, but for the majority it will just be me and Doug trudging and scrambling through whatever the Scottish weather decides to throw at us! I will carry the same kit and safety equipment that I would for a normal race, but there is only so much preparation you can do, and the rest is about just getting out there and doing it!

I’ve spent a lot of time and money preparing for all this so if I fail it will be really embarrassing, especially now I’ve written about it and told you all! However, failure is a real possibility, as this is genuinely at the limit of my ability, and I think that’s the drug – can you do more than you thought was ever possible? Fingers crossed I can!

I have a very good reason for doing all of this and that is the Birmingham Children’s Hospital – they are an amazing charity, that aren’t as well known as other major children’s hospitals and need all the support they can get. If you wanted to sponsor this lunacy then you can do so here:  https://www.justgiving.com/fundraising/thefairymarathon

"Failure is a real possibility, as this is genuinely at the limit of my ability, and I think that’s the drug – can you do more than you thought was ever possible? Fingers crossed I can!" 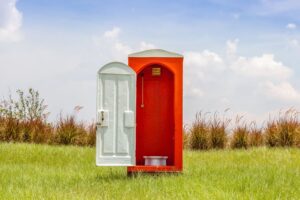 Running from the runs

Last updated: 02-Mar-16 Written by Sports Dietitian Rin Cobb If you’ve ever found yourself out on a run, seeking out the nearest toilet rather than 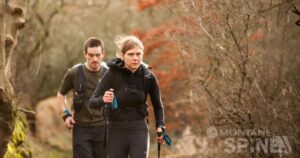 By Daniel Stinton I didn’t expect to be writing this so soon.  It’s only mid-week and whilst many of us have barely caught up with

Last updated: 25-Oct-18 By Luke Jarmey We’re pleased to announce our top reviews for April. So congratulations to Daniel Stinton who will receive a pack