Scott Jenkins is fast becoming known as the UK’s 200 Mile Man. Readers may have read of Scott’s countless endeavours over the years, from running 2000 miles from Boston to Austin, to setting a new British course record at last years’ Moab 240 and becoming the second only Welshman to run Badwater 135 alongside his brother.

And if this is the first time you are reading of Scott’s epic feats for charity, that’s not uncommon either, given he is not a professional athlete and takes these crazy challenges on outside of his day job working for American corporate, Johnson & Johnson.

The Cocodona 250 is the longest non-stop trail race in the USA and was the brain-child of Aravaipa Director, Jamil Coury and Race Director, Steve Arnolt, whose joint desire was to create a race that traverses a large portion of the State of Arizona connecting national parks and historic towns along the way. The race had its inaugural year in 2021, which Scott was signed up for, yet with COVID travel restrictions still in full force, he had to defer his entry to 2022.

Ultrarunning has exploded over the last 3-5 years in popularity and through the number of events available globally. Participation has increased by 1676% in the last 23 years from 34,401 to 611,098 annually and 345% in the last 10 years from 137,234 to 611,098. There have never been more ultra runners globally and the UK has some household names within the elite categories such as Damian Hall and Tom Evans.

In the 200 mile plus category, Scott is becoming known as the UK’s 200 mile man, after deciding to specialise in races over 135 miles in the last few years, with a real love of anything 200+ miles. “I’ll never be the fastest but I have a unique ability to go for a long time and problem solve as I go, which I think are key components to doing well in 200 milers. I’m still very much learning and a novice to the 200+ mile races and I’m loving the learnings that come from each event” added Scott.

Interestingly, research by Paul Ronto found that in ultra running, runners in the longer distances have a better pace than the runners in the shorter distances for each age group, with the average ultra runner doing 1.7 events per year. For Scott, his average is 3-4 per year, which places him in a unique group of runners being able to perform in event after event.

The UK sits proudly at 6th globally for the highest proportions of the world’s ultra runners. At one point a marathon was considered the limit of human endurance performance and what we are starting to see is the evolution from 100 milers to the popular new term “200 is the new 100” as individuals seek to explore the very limit of what is humanly possible.

What you see with the distance evolution is two categories of ultra running; stage race and non-stop. Non-stop sees runners run continuously with limited sleep versus stage races where pre-determined distances are set each day and non-timed sleep ensues each night. Both present unique challenges and strategies to each participant.

Scott adopted Nucalm to help him fall into deep sleep quickly as part of his Cocodona250 race strategy. Short periods of deep sleep minimise “wasting” time resulting in only 3hours 50 minutes of sleep over the course of his 97 hour race, avoiding race-ending hallucinations often ubiquitous with long races.

Another tactic deployed was light-weight gear, with Scott opting for sustainability brand Patagonia. Given the need for SPF clothing and warm night gear, Scott finds Patagonia has everything he needs for long distance with durability.

The Cocodona 250 route starts high at 2000 ft of elevation just outside of Phoenix in Black Canyon City. However this year, due to the unfortunate wild fires that have plagued the US in recent years, saw a course re-route meaning the race would start in one of the most historic western towns in the USA; Prescott, Arizona at 5,400 ft.

Runners complete a long out and back via Skull Valley before rejoining the original route from Prescott’s Whisky Row and traversing through the Granite Dells of Watson Lake. A nice elevation starting profile for a Welshman living at sea level in London. “The pace at which Aravapia, Jamil and Steve turned around an alternative route whilst still delivering a 252 mile course was exceptional and massively welcomed by international runners” praised Scott.

From Prescott the course then heads up and over Mingus Mountain into the old mining town of Jerome (where the copper mined here is used to make finishers belt buckles – a nice nod to the towns mining history). The onward route then goes through Sedona national park, experiencing a mix of stunning red rock formations, gradients up to 57% and high sun exposed desert vistas.

As runners leave Sedona, the course starts to get into the pines of Flagstaff, finishing up and over Mt Elden (elevation of just shy of 10,000 ft) and into downtown Flagstaff. It is an extraordinary undertaking and gives runners an incredible point-to-point experience through some of the best landscapes that Arizona has to offer coupled with cumulative elevation gain of 32,000 feet over the 250 miles.

“I’d have to say the course is savage, extremely technical and brutally hot and dry in equal measures. It has to be up there with one of the toughest races I’ve done given the number of challenges you are constantly having to problem solve and the sheer technicality of the terrain – not quite the same as Richmond Park in London. But that’s the essence of what a challenge is; if the outcome was guaranteed then it wouldn’t be a challenge in the first place” beamed Scott.

This all sounds pretty challenging for a route for any runner in peak condition but couple that with rolling your ankle several times on rocks until it blows up at mile 87 to something that resembles a symptom of elephantiasis. This is exactly what happened to Scott and when asked if he wanted to continue, he simply replied, there’s no way I’m not finishing what I started for Operation Smile.

Many other crews suggested to Scott and his sole crew member and wife Abby, that Scott should pivot his mindset from being competitive in the field to one of just getting to the finish line. A mindset that has never been and would never become that of Scott in the race. Although his pace dropped after this, he still maintained a competitive mindset and pace to finish 36/239 with a 10-15 deep field of elite and professional ultra runners.

His coach, Jeff Browning, thought prior to the ankle injury that he could have potentially placed in the Top 20. Scott’s mental resolve remained consistent throughout the race and as a result, he raised enough money for Operation Smile for 10 children to have a Smile Operation to repair their cleft lips or palettes and became the 1st Welshman and Brit living in the UK to carry the Cocodona 250 finishers buckle home.

So what’s next for the UK’s 200 mile man? Rehab of his ankle, speaking at Orbit Festival in Shropshire, Bigfoot 200 in the Pacific North West in August, Autumn 100 in October and potentially another 200 miler. For Scott, these races are about three things: raising money and awareness for Operation Smile, pushing his own personal boundaries and making memories and having adventures with friends and family.

If you wish to donate to help a child smile for the first time, you can do so via the link, https://www.justgiving.com/fundraising/scottjjenkins and one operation is only £150 to give the gift of a smile.

"I’ll never be the fastest but I have a unique ability to go for a long time and problem solve as I go, which I think are key components to doing well in 200 milers" 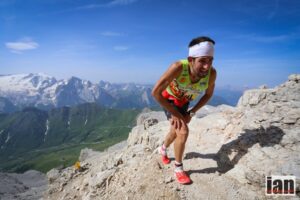 Want to be a better climber? Here’s Six Top Tips

Last updated: 11-May-16 By Ian Corless Interest in trail and mountain running is at an all time high. It appears that as each day passes, 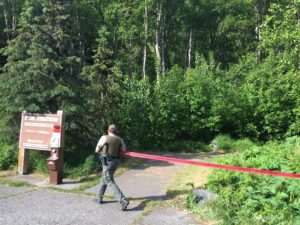 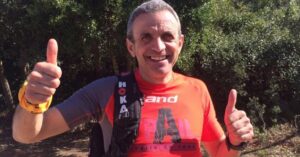 Last updated: 19-Jul-18 By Alice Morrison Bruno Brunod, famous for his double win of the Skyrunning World Cup in 1996 and 1998 is to run