What goes on in your head during your first 100 miler?

Firstly, there is a shed load of information available about how to run an ultra. If you are a methodical detail-oriented type then you can spend a few hours (or months in my case) googling (other search engines are available… I think) and preparing your own ‘How to’ guide.

Your chapters would probably include a training plan, a nutrition plan, what gear to wear/bring and if you really have a morbid sense of humour, what is going on with your organs and muscle groups as they start to fail due to insufficient fuelling when your carbohydrate reserves drop to worrying low levels.

I personally love these plans- not that I ever follow them mind you – but it does allow me to scientifically benchmark how underprepared I am for the task ahead. 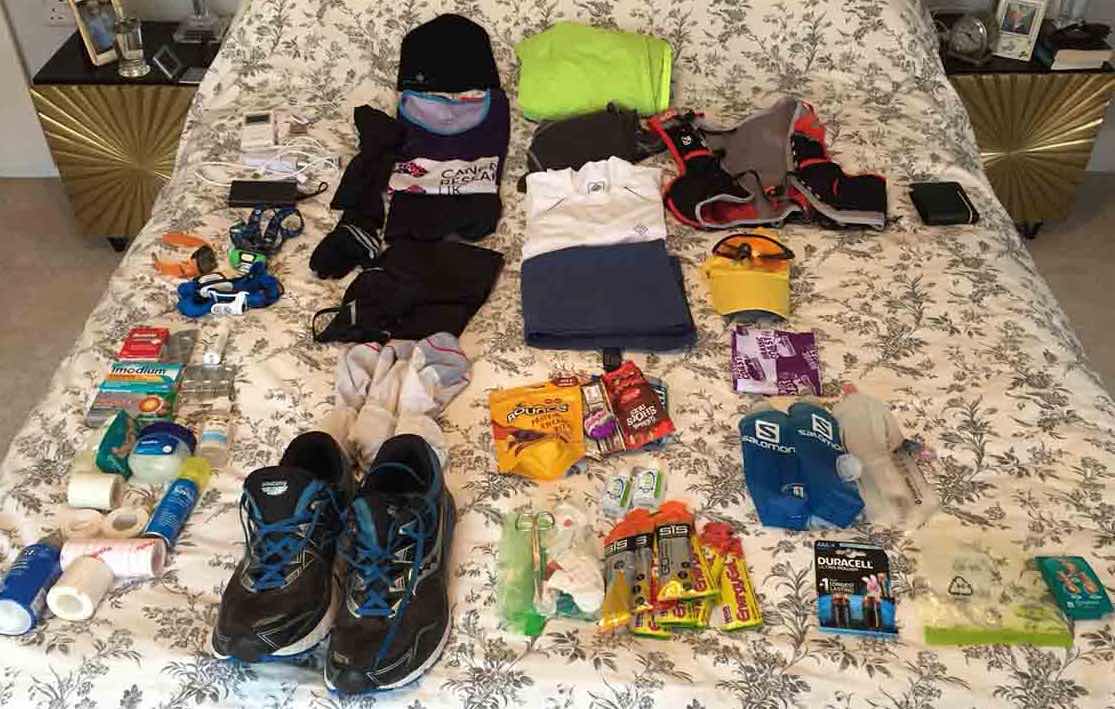 However, one common trend I found was the lack of information on mental preparation –  which was odd considering most of the articles I read stated that after halfway, running an ultra is in your head and not your legs.

As such, surely my ‘How to’ guide should be plump with instructions training one’s mind like a Buddhist monk. However, my contribution consisted of a single page with the words ‘MAN UP’ in font Calibri Light, size 48, Bold, Underline.

So … fast forward to my 100 miler. I never say race as I am not racing: I am moving (just), breathing (laboured), eating (barely) and drinking (when I remember), but certainly not racing.

The first half of the event is all in the meticulous, or not, training and nutrition plan you followed.  Anyone who enters an ultra will know it’s not exactly a walk in the park (although mine was more walk than run) but you are expecting pain.

If you are anticipating multiple blisters that shoot piercing pain through your body, calf muscles that cramp and spasm every few minutes and hip pains that transform your movements from gazelle to the Tin man from the Wizard of Oz, then you won’t be disappointed.

However, pain is beautiful (I know, I don’t get that either, but I had it as a poster in my gym as my motivational mantra) and you can just manage it. Like my ‘How to’ guide informed me…MAN UP.

What you can’t plan for is what happens on the second half of the event when, as Mike Tyson said, ‘everyone has a strategy until I punch them in the face’. Between miles 50 – 70 (basically through the night if you are at the same anaemic pace as I was travelling at) I started to feel a build-up of Tsunami strength guilt –  wave after guilt wave.

It’s a strange concept that ultra-running is a selfish sport. I never really viewed it in such away until:

This build up eventually, and I suppose ultimately, resulted in a little cry. Nothing massive, certainly not a wail, and anyway, I managed to catch it without my pacer seeing how wimpy I was being (Northern men don’t cry and all that).

However, the facts are something serious was playing out in my mind so consciously I made a deal with myself, a kind of legally binding contract, between the present me and the future me. The deal was: allow me to finish this event and I will be a better more caring husband, father, person once I finish.

Contract signed, I move on at a blistering 3 miles per hour. 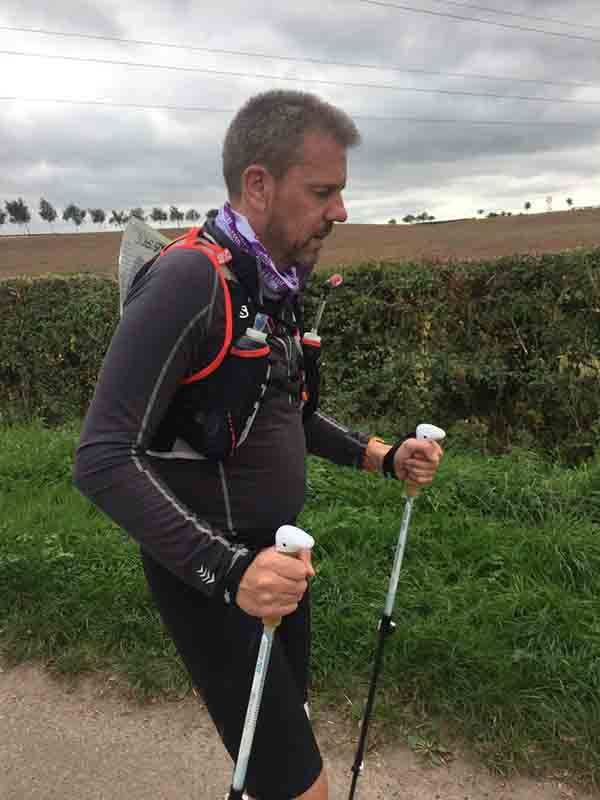 At mile 90 or so, things took a turn for the worse. I was significantly behind my plan and definitely not going to make the 30 hour cut off.

What I can only explain as my left-hand side of the brain, the side that computes all the logic and reasoning, caught a glimpse of the thousands of red flashing warning lights on my body’s dashboard and deduced the best rational response would be – ‘bollocks to this, he has failed, I am turning him off’ – and I immediately stopped running and was instantly overwhelmed by tears.

I believe it is thus at this exact point, the point when you are physically exhausted, that your right side of the brain, the emotional, creative side which has been storing all the subconscious messages and images over the past months on why you have sacrificed so much, trained so hard, invested so much of you in this event goes into battle.

Therefore, this is why they say the second half of the event is in the mind. It is nothing to do with a macho mantra about how beautiful pain is, nor how you should man up. What it is about, however, is one simple statement, a moment of singularity where everything unites, and you realise how important it is for you to finish.

All that now remained was for me to pick myself up, pretend to my pacer that I had water in my eyes due to hay fever and just keep moving forward to the finish. 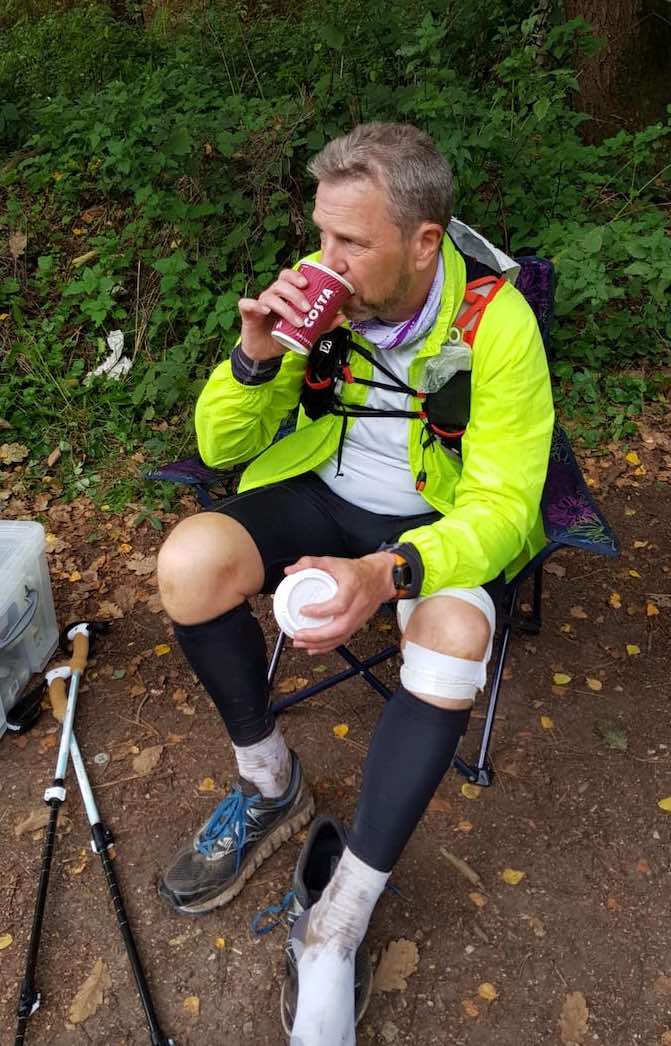 Event – Robin Hood 100 mile ultra 2018. Even though the cut off was 30 hours, Stephen continued to the end with the help of 2 awesome pacers and completed his first ultra in 31 hours 20 minutes. 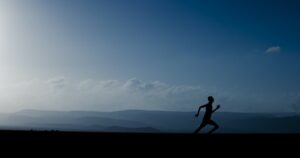 By Sarah Cooke No, this isn’t another plea to stay at home and wash your hands (but you should definitely do those things). I’m sure 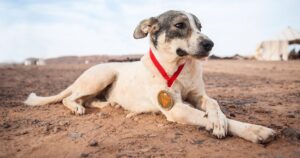 By Dan Stinton Four legs are better than two, right? It seems that the on-going Marathon Des Sables (MdS) has gained a rogue entrant when 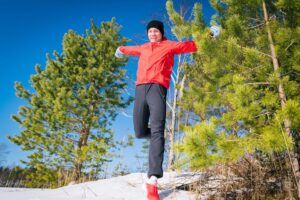 Congratulations we have a winner

Last updated: 19-Jul-18 By Kathryn Bullock Many congratulations to our member Teemu Vidgren from Finland who won our January prize draw for writing a race