What a weekend it was in the Highlands of Scotland! For the first time, Scotland hosted the biennial Skyrunning World Championships. Scotland was chosen by the governing body, the International Skyrunning Federation (ISF) because, “we wanted to choose a location with terrain that is different,” said ISF president Marino Giacometti.

“Scotland also has a great history of mountain running, such as the Ben Nevis race, which was started in 1895, and some good runners.”

It was a feast of running with a variety of races including: the Salomon Mamores Vertical Kilometer® (VK), the Salomon Ben Nevis Ultra (ULTRA) race, the Salomon Ring of Steall Skyrace (SKY) which was also part of the new Golden Trail Series.

The last day was saved for the Salomon Glen Coe Skyline® race which is also one of eight races in the competitive Migu Run Skyrunner® World Series.

There was a fantastic international field including Kilian Jornet, recovered from his bee sting and disappointment at UTMB.

Exceptionally well-recovered in fact as he won both the Ring of Steall Skyrace and the Salomon Glen Coe Skyline and was crowned SKY World Champion.

In fact the records got smashed time and again as the top 11 men and 6 women all broke the course record.

Kilian, took 20 minutes off it, finishing in 03:04:34 and said: “It was an amazing race on a beautiful and technical course. I am very happy to be the winner.”

Tove was not to be outdone and took 19 minutes off the women’s record with 03:46:28. It is only her SECOND Skyrace. She also won her first one last year and is a seven-times orienteering world champion.

Afterwards, she said: “I did not have a big expectation of this race because I am new to Skyraces but it was a nice day for me. It was a fantastic course and it feels amazing to be world champion.”

In silver position overall and 91 seconds behind Kilian, was Italian runner Nadir Maguet in 03:06:05. He was followed by Stian Angermund-Vik, of Norway, in 03:09:05.

In the women’s race, two British women took silver and bronze, Victoria Wilkinson and Holly Page in 03:54:01 and 03:57:57 respectively. 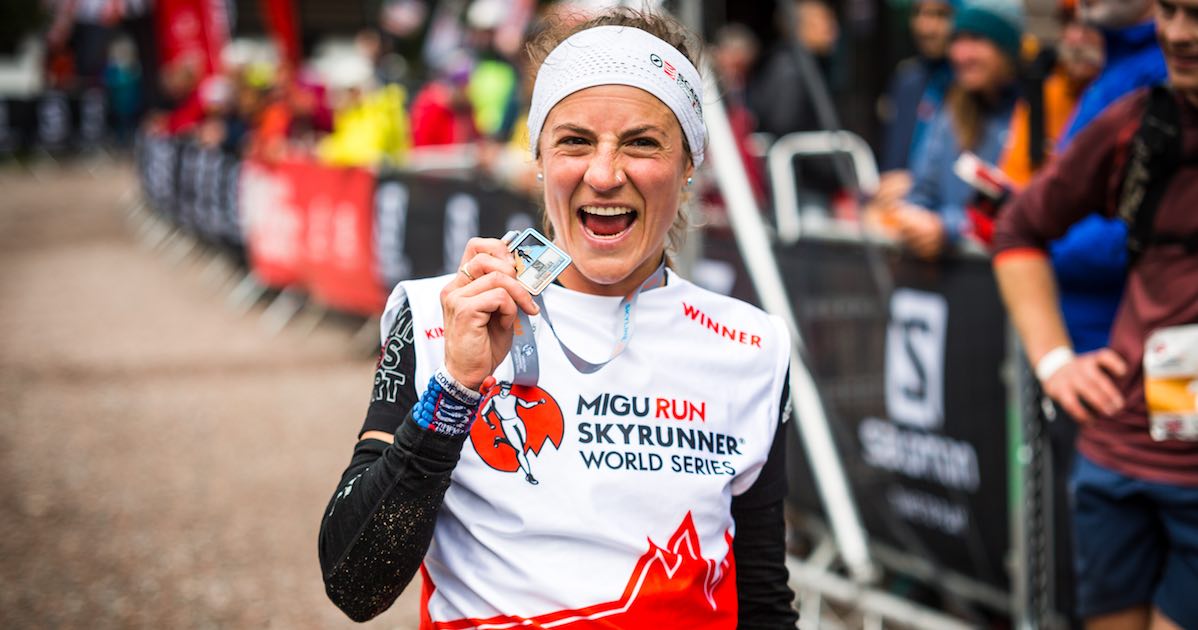 Fresh from his little jaunt, Kilian then went on to triumph in the Salomon Glen Coe Skyline race. USA runner Hillary Gerardi took it for the women.

They were faced with terrible weather which meant that the race organisers decided to go with the alternative 32km “bad weather” course with a total ascent of 2700m, which still included the exposed Grade 3 scramble of Curved Ridge on Buachaille Etive Mor.

The 100kph winds on high made it too dangerous to run the full 52km route, especially as that route includes the infamous Aonach Eagach Ridge.

Although Kilian is the name that always attracts the attention, it was the women’s race that provided the story of the weekend – it was an absolute nail biter to the very end. After 32km of beasting it across the mountains, it came down to a 200m sprint for the finish line between Hillary Gerardi and Jasmin Paris, of Great Britain.

Hillary went on, “I enjoyed the competition with Jasmin and we were so close, with Jasmin stronger than me on the downhills.

“I had asked her what would happen if we crossed the finish line together and she told me: ‘That won’t happen because we will sprint to the end. This is what we did and I had to give it everything to win. She is a great athlete.”

In third place, almost eight minutes later was Brittany Peterson, also from the US, in a time of 04:25:44.

After crossing the finish line in Kinlochleven in 03:37:17 to win the race overall, Kilian Jornet said: “I love to do races like this. It was hard and technical, which I like. Although the weather made the course wet and slippery and the winds high up were very strong, it was still such fun race. To win is a bonus.”

For the second year in a row, André Jonsson, of Sweden, was runner up to Kilian in 03:40:33. He was also runner up in Friday’s ULTRA 2018 Skyrunning World Championships.

He said: “Scotland is an amazing place to run in the mountains. The weather made it wet and slippery, especially on Curved Ridge, but I think I went up faster than last year. I ran the best I could.”

The race, which is part of the 2018 MIGU Run Skyrunner® World EXTRA Series was forced to use a “bad weather” course.

The weather on Friday had also forced a swap to the bad weather course for the Salomon Ben Nevis Ultra. The ULTRA World Championships course extended to 47.5km with a total ascent of 1640m.

Due to the weather it had to miss out the summit of the UK’s highest mountain, Ben Nevis.
Jonathan, who was last year’s EXTREME Skyrunner® World Series Champion, led for most of the ULTRA and finished in 3:48:02, 12 minutes ahead of the other runners.

After the race he said “The course was not what we had come to compete on, but it was still a hard race for different reasons. After the first section of wet and slippery fells-like running, the route turned into a trail marathon. It was very runnable and that made it very fast but also very hard when you have trained for the mountains.”

He went on, “I would have liked to have won on a classic ULTRA course but the weather is what the weather is and it’s still a win. After the ups and downs, I guess the course just suited my stride and speed better. It’s great to be the ULTRA World Champion.”

Winning female Ragna Dabats, of The Netherlands, melted hearts when she crossed the finish line in Kinlochleven holding her daughter’s hand.

Ragna, who was 14 minutes ahead of the rest of the female field in 4:36:20, said: “I am really happy to be the winner. My season could not be more perfect because first I became the Trail World Champion (in May) and now the ULTRA Skyrunning World.”

Behind her, a ferocious competition was in play for second and third place and in the end, only four seconds divided runner-up Gema Arenas Alcazar, of Spain, and bronze placed Maria Mercedes Pila Viracocha, of Ecuador.

Gema said: “That was so tough. It was very fast for most of the race and I had to work very hard to overtake the other women.”

The results revealed she pushed hard on the second half of the course. 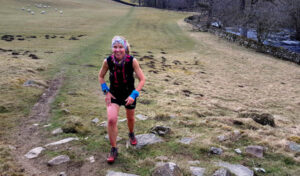 Last updated: 06-Nov-18 By Dan Stinton If you put silver into your clothes they’ll stop you smelling. That’s the take home message from today’s chemistry 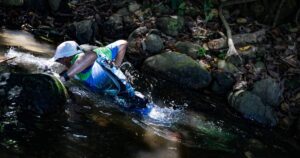 Last updated: 26-Oct-18 By Elsa Trujillo Although heat is still a theme, it’s getting hotter in the northern hemisphere as we speak, this week our 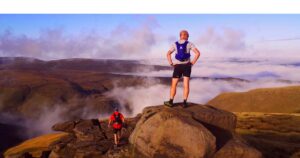 The Mystery of the Dark Peak Challenges