“I hope you f***ing die tomorrow” came the angry reply. I stare up at the temporary canvas roof and try to work out how much sleep I need to prepare for tomorrow’s challenge. I realise there’s not enough hours left. The argument in the field outside escalates with other campers also concerned about their lack of sleep. However, the group of lads singing at the top of their voices at 1am the night before the Conti Thunder Run clearly think it’s an entirely reasonable thing to do.

Half of the team (Michelle and I) had arrived on site earlier, battled with a rather large pop up tent, registered, cooked and sung around the campfire (probably not true), then called it a night and attempted to get some sleep.

Running wellies at the ready

For the uninitiated, the Conti Thunder Run is a 24-hour running event consisting of an undulating 10km trail lap. You have the choice of entering solo, duo, male, female or mixed teams of 3-5 or mixed team of up to 8. You simply have to do as many laps as you can in 24 hours. We contemplated running as a duo but realised it would probably be quite lonely, so thought we’d better rope in some friends. I floated the idea to a couple of work colleagues after they’d sunk enough beers for them to agree to anything, and the team was complete.

Trying to ignore the shenanigans (and the very intense rain) of the previous night, I emerge out of the tent to a rather glorious morning and get the stove on whilst we wait for the rest of the team to arrive. Karl and Dave get there fully fresh and ready for action, bringing all the supplies I’d forgotten and a whole load more.

Before we could say “homemade beetroot and pistachio nut cake” it’s 12-noon and Karl bursts out from the start line with a few hundred others at what could be described as an optimistic pace. A mere 43 minutes later and he hands the baton to me for my first lap. Having had a bit of a slow year due to injuries, a recent DNS, at an ultra and a paltry 16km run in the last six weeks, I wasn’t quite sure what was going to happen, but confidently trotted out on my first lap trying to mask the terror inside.

In stark contrast to what was to come, it’s a scorcher. The kind of sunny moment when you could easily be stretched out on a sun lounger rubbing the condensation off the outside of a glass of lager, but instead I have decided to run up and down hills for 24 hours. The course is a technical affair with a couple of short sharp hills but mainly various slopes across grassland, soft trails and woodland.

Much of the trail weaves its way around the campsite, so there is a huge amount of support and cheering along the way. I put a final burst of speed to pass the baton to Michelle who is bouncing up and down like a jack-in-the-box in the changeover pen, bursting to get out on a run. After her lap she passes over to Dave and once he’s completed, we’ve done our first round in around 3.5 hours.

By now, the rain is getting heavier but we all press on. With several thousand runners passing over the same route again and again, the course (and our legs) are becoming increasingly muddy. I stare around the chaos of our temporary home. It’s a total state with someone out running, someone else attempting to peel off muddy clothes, others either eating, resting, moaning about the rain or glaring at whoever roped them in to this (I’m the guilty party here!).

We were in such a mess that whilst I was cooking the group a chilli I discovered a safety pin lurking menacingly between a kidney bean and a slice of onion!

It was right about now that disaster struck. Dave is out on his third lap, and the rest of us are generally hanging around, when suddenly, he pokes his head into the tent and announces he’s going to have to pull out due to a knee injury. I glance over at Karl and see the realisation wash over his face that he’s up next. And next is right now.

We carry on through the night with three runners. It becomes a mud bath out there, and soon resembles a zombie apocalypse as competitors shuffle along with tiredness setting in. Many are covered head to toe in mud, slipping and sliding and frantically grasping tree branches to stay upright along the trickier parts of the course.

It’s 3:30am and I’m somewhere around lap 5 when a Christmas tree runs past me. Given that I’m sleep deprived and had a few more ibuprofen than I should have, I ask the person next to me if they saw the same thing. I strongly suspect there isn’t a person next to me but they reply anyway. It turns out I’m not dreaming and someone has decked themselves out with a body suit of fully flashing lights.

The range of people on the course is fantastic and very unlike a normal race where you find yourself grouped with runners of a similar ability. There are epic solo entrants, club runners darting past you, groups of friends chatting and you generally have no idea of where they are in the race – but you realise it doesn’t matter. It’s a relentless march of determined mud-soaked bodies each with their own aims and hopes for the race. Some may be happy with a couple of laps, other will be facing 15 or more, but everyone is supporting each other and offering encouragement.

As light begins to bathe the campsite I set off on my sixth lap and start to forget a time when I did anything other than run around the woods at Catton Park. I’m feeling quite euphoric that I’ve managed this kind of distance after a rocky 2017 so far, but I’m also quite aware that I’ve had a load of painkillers, my leg is tightly strapped up, and I’m still in some considerable pain, so I resign myself to the fact that this needs to be my final lap.

As I run the final few hundred metres I get a big boost from knowing that even with limited training I have managed to push through in tough conditions. With some relief, I hand over to Michelle for the final time, who looks happy but not quite as bouncy as some 20 hours earlier as she disappears off around the course.

Once she’s back, Karl musters up the energy for a 7th lap and crosses the line with the most team laps under his belt. We’d collectively ran 210km and by around 10am decide to call it a day.

Look like a winner I said.  This is what I got.

Despite the first night’s disruptions, the Thunder Run is a well-organised and highly regarded event.  You have to be quick off the mark to even get a place, as its usually sells out within an hour. With plenty of gear and food stalls there’s enough to keep you occupied during any downtime. You’ll learn a lot about yourself and your team mates and how to encourage and support each other no matter what you’re going through yourself.

I do still wonder if that guy way back in paragraph one managed to actually survive the run!?

About the writer: Dan is a Peak District-based runner who once ran a 50km race in the wrong direction, he likes nothing more than escaping into the Dark Peak and then writing about how difficult it was at www.allhailthetrail.co.uk

"whilst I was cooking the group a chilli I discovered a safety pin lurking menacingly between a kidney bean and a slice of onion!" 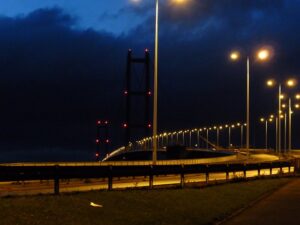 Running in hell over the Humber by Helen Seymour

Last updated: 20-Aug-18 By Helen Seymour Helen Seymour, who completed 40 miles of this very “hellish” event in August 2014, shares her most private thoughts 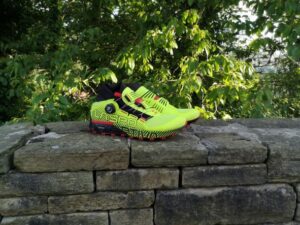 “I can’t wait to get some mud on these!” was my initial thought when I opened the box to a bright yellow pair of La 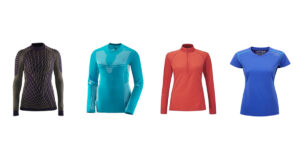 Last updated: 17-Aug-18 By Alice Morrison and Fiona Outdoors Base layers are great under another layer for winter and on their own for a brisk