In it for the Long Run – Damian Hall

Blur vs. Oasis? City vs. United? Hall vs. Kelly? You have to choose one to support, right? Will I have made a decision after reading Damian Hall’s book, In it for the long run? It’s a story many of us wish we could tell: how he rose to ultrarunning stardom in his late thirties.

Kicking off with an overview of the history of ultrarunning, from the impressive to the historic (and often highly unlikely) ultra-distance claims, it paints an impressive account of the development of the sport, particularly the emergence of the bigger UK challenges.

An avid interest in traveling, mountaineering and hiking soon led Damian to discover the Pennine Way, around the same time he entered parenthood and began delving into the world of running. His job as a journalist/author gave Damian the opportunity to write about his early ultrarunning exploits with The Wall, Race to the Stones and his first 100-miler: the Cotswold Way. Even at this point it’s clear he had a talent for running with high-ranking placings and a clear passion to win.

After falling into the wrong crowd (a group of ultrarunners called the Bath Bats), he soon starts taking on bigger challenges and picking up top positions in high profile events, but also taking on more extreme solo challenges. We hear tales of sacrificing time with family, ultimately leading to the decision to change career and become a full-time runner/coach. It’s a fascinating insight into his life and the friendships he’s developed through ultrarunning. There’s so many big ultrarunning names mentioned in his book and it’s lovely to see such a sense of community and support between them.

You soon start to see the determination when Damian sets his mind to something: one example being the Paddy Buckley Round.  After a first attempt in around 25 hours, he went back in 2019 and broke the record with a time of 17:31:39; amazingly a large part of it unsupported but finishing off with an adrenaline-fuelled, frantic final leg with Michael Corrales. If that wasn’t enough he went and completed another record-breaking winter solo round unsupported in 2020.

Damian’s writing style is engaging, funny, with lots of in-jokes and sarcasm which make it a thoroughly enjoyable read. Before you start, it may be worth a look at Damian’s Instagram page and familiarising yourself with his word bingo to prepare yourself for a barrage of words like bobbins, bimble and lumps.

Anyone who follows Damian’s exploits will be aware of his passion for the environment and how he brings this into his world of ultrarunning. For example his recent Coast-to-Coast record he worked to minimise the carbon footprint for the attempt, using local pacers, fuelling on a vegan diet and even picking up litter along the way. A later chapter is dedicated to the environmental crisis we face which makes for some sobering reading and one for us all to reflect upon. But don’t worry, it soon returns to tales of running over large lumps.

Damian’s book feels very relevant right now.  We’ve all been through our own version of life during coronavirus and it’s really interesting to see how he (and many in the ultrarunning scene) have continued to strive for achievement in the running world in the absence of races. It closes with a chapter of contributions from fellow ultrarunners asking the all-eternal question: why do we do ultrarunning (in particular personal challenges rather than events), which is a great way to finish the book. A highly recommended read.

You can buy it here.

Have you read In it for the Long Run? Don’t agree with this review? What’s your opinion? Add your own comment to this review and share your experience and passion for running with others.

About the writer: Dan is a Peak District based runner collecting mud and scrapes in and around Glossop. He likes nothing more than escaping into the Dark Peak and then writing about how difficult it was.

All images by Dan Stinton.

"It may be worth a look at Damian’s Instagram page and familiarising yourself with his word bingo to prepare yourself for a barrage of words like bobbins, bimble and lumps." 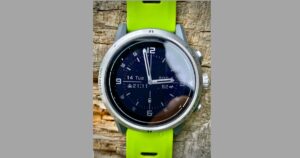 Last updated: 10-Aug-20 By Steve Diederich Coros, as it turns out, have been producing some pretty impressive watches.They are known Stateside by trail and distance 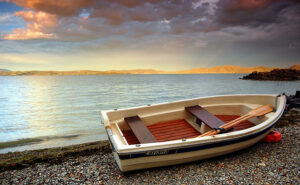 A change of latitude for a new spring in your step?

Last updated: 16-Nov-16 By Elsa Trujillo At RunUltra we have a wide choice of different Winter Ultras according to your latitude or how far you 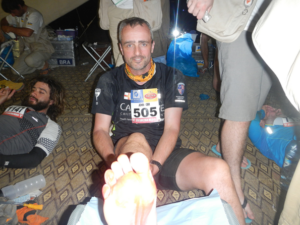 REVIEW In it for the Long Run – Damian Hall