Ambleside has become the new Garden of Eden. It’s all we have left to keep our minds focussed as we clamber down another set of slippy rocks.

We’re progressing slower than expected but time has become irrelevant – there are clean shoes and dry socks at the checkpoint and the thoughts of hot pasta, pizza and somewhere to get re-focussed has become the primary aim after being buffeted around the hills in the Lake District for the preceding 10-11 hours.

We discuss the current condition of our bodies and Michelle reports a 7/10 pain-level for one hip and 6/10 for an ankle. This isn’t great news at all, as even once we eventually arrive in Ambleside there’s another 20 or so miles to the race finish in Cartmel.

We’re running as a duo and are well over half-way through Lakes in a Day – a 50-mile race from Caldbeck to Cartmel covering the length of the Lake District from north to south. The route takes in the summits of Blencathra, Helvellyn and Fairfield before descending to Ambleside and following the western shore of Windermere.

Runners take on 4000m of ascent along the route, predominately in the first half.

As we carefully descend towards the checkpoint we see a small group huddled around a man wrapped in his survival bivvy.

The situation is under control with help on its way, so there’s not much we can do other than carry on but it reminds me that I see lots of chatter online about ways to minimise kit, or if certain items are actually needed, so this is a stark reminder of what can happen and how rapidly conditions can deteriorate.

Much earlier that morning, we’d caught the coach from Cartmel and I was full of interesting conversation – after a few minutes about mortgages, Michelle politely asked if she could go to sleep, so I took the hint and went back to mentally debating which waterproof to wear throughout the day.

The start of the race at the Oddfellow Arms is bustling with queues for coffee, queues for the toilets and lots of frowning at the weather.

Bags are being unpacked and re-packed and looking around, some runners have packed the mandatory kit into the smallest possible of spaces, whilst others appear to have packed for a weekend of camping.

Storm Callum is forecast so everyone already knows that we were in for a tough day facing heavy rain and high winds, but some racers are braving it with shorts and fully exposed thighs and others are more cautiously sporting full body waterproofs from the start.

Before we know it, we’re streaming over the start line at a nice comfortable pace but it’s not long before we’re huffing and puffing towards High Pike.

I look at the long path in front weaving its way into the mountains and see a continuous snake of soggy ultrarunners – I start to contemplate how popular these events have become and if there is a point when the remote beauty of running in the hills can be saturated by too many people.

I understand the hypocrisy of being one of those people myself, but on most of my training runs in the Peak District often I barely see anyone for hours on end and this is an entirely different experience. 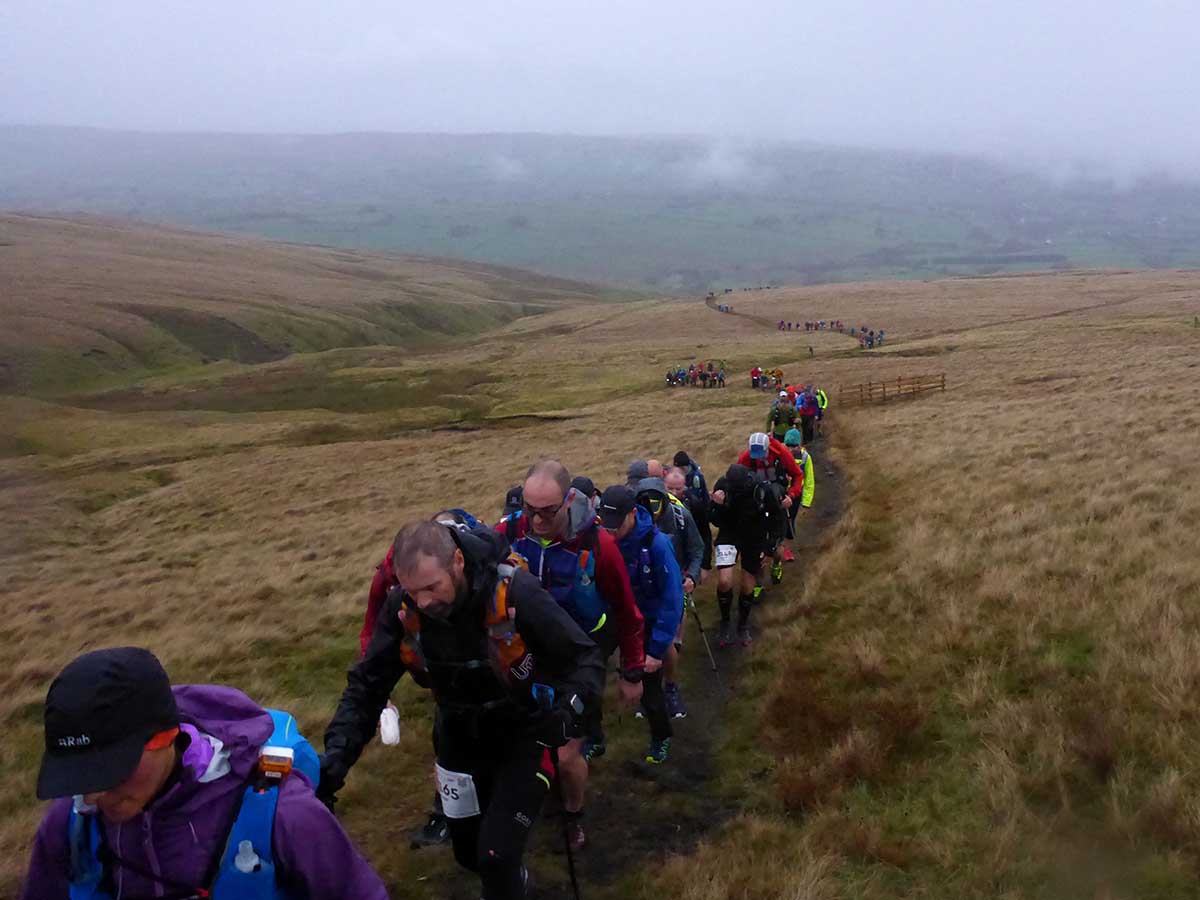 After a bit of heather bashing downhill we arrive at the Caldew river crossing – complete with rope and marshal in attendance to help you across. Whilst this seems to be quite a feature in the race, it later turned out that wading through varying depths of water was to become a common theme all day.

We climb to Blencathra and then descend down Hall’s Fell, a ridge requiring new skills in clambering down rocks whilst holding poles and attempting to bum slide whenever possible. I also witness a true tragedy as a box of fudge falls out of a lady’s rucksack and scatters irretrievably down the ridge! 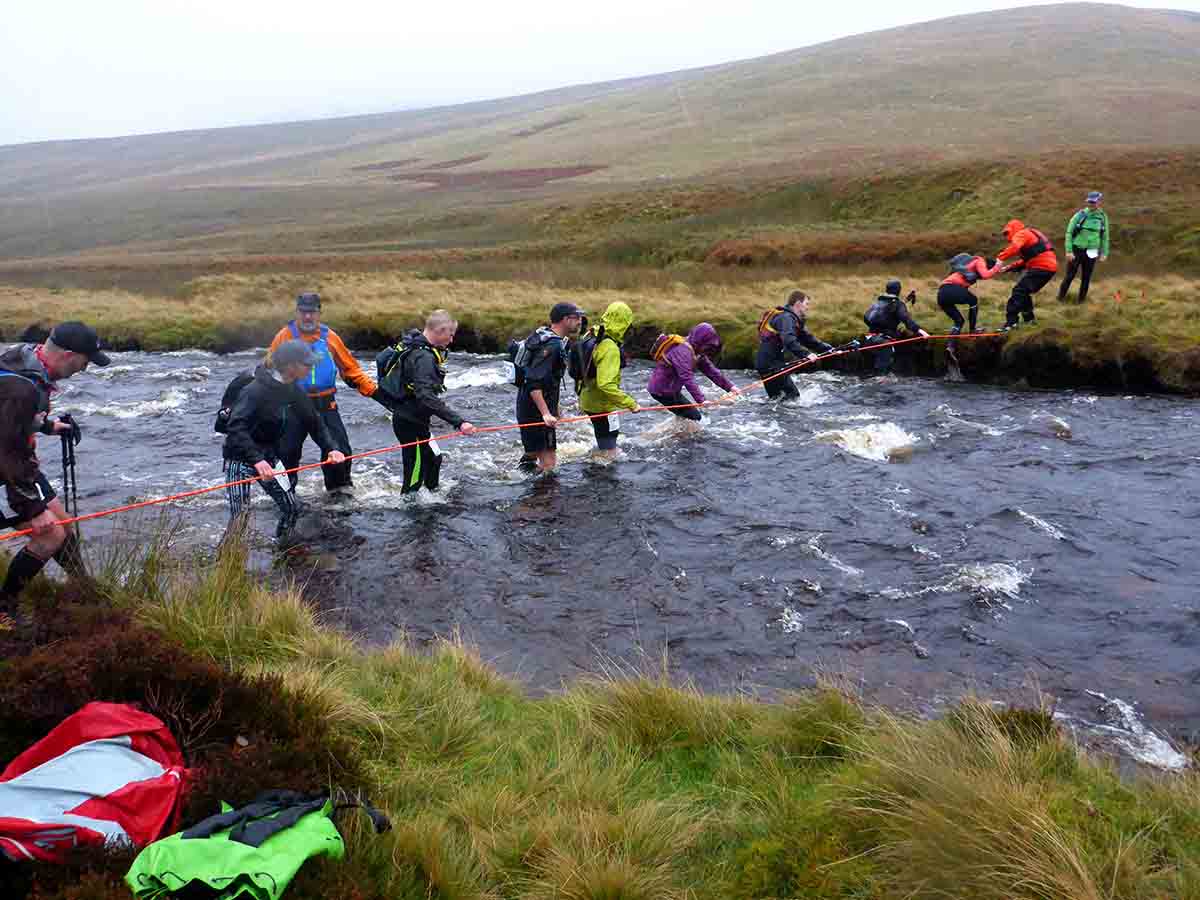 After the first checkpoint at Threlkeld, we know that it’s a long stretch (28.5 km) to checkpoint 2 at Ambleside, so I make sure I stuff down as many sandwiches as I can. 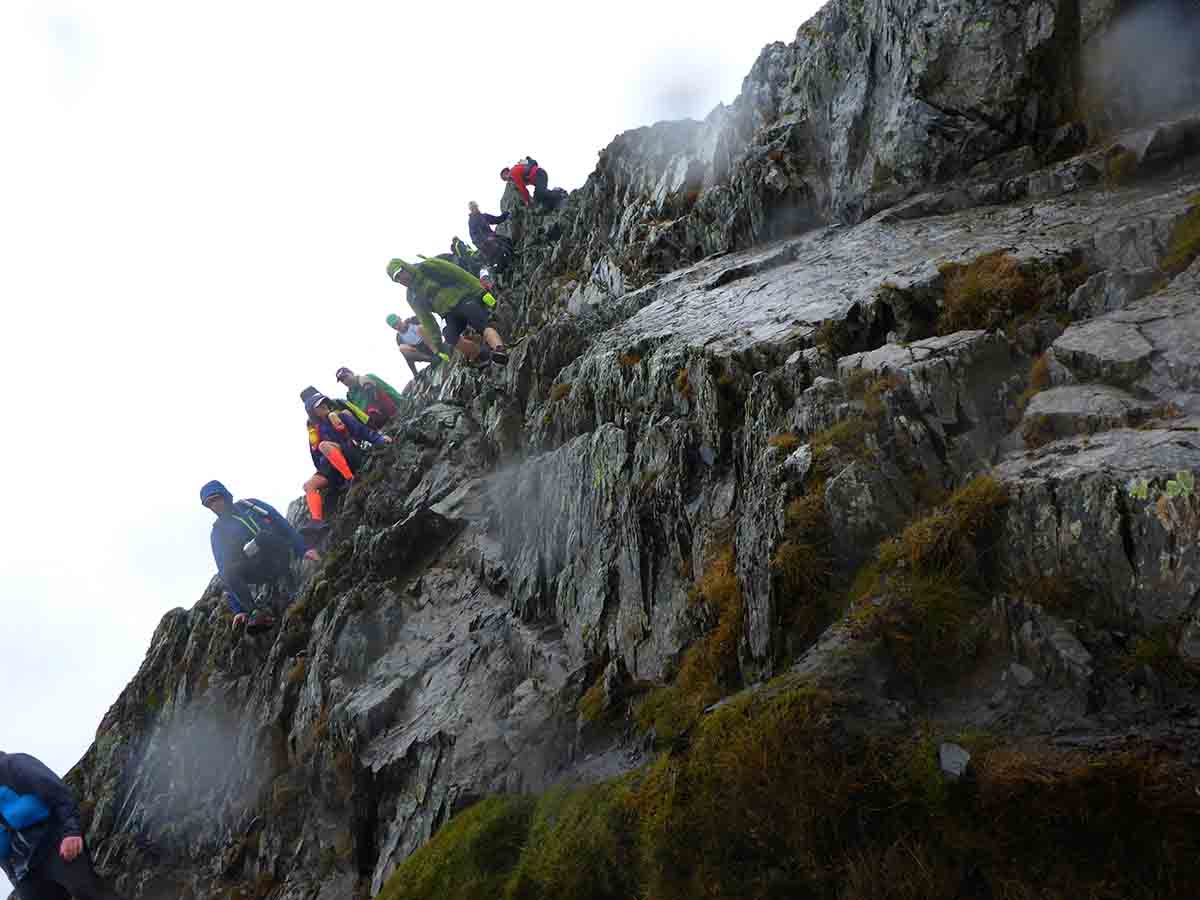 Leaving in high spirits, we’re soon facing a very steep climb up to Clough Head and the wind and rain becomes more and more extreme – at one point I jabbed my walking poles into the ground and just hung on so as to not be blown over.

Visibility was poor and progress slowed right down and any attempt at conversation between Michelle and I became a shouting match of What!? and Pardon?! as our hoods flapped manically around our heads. 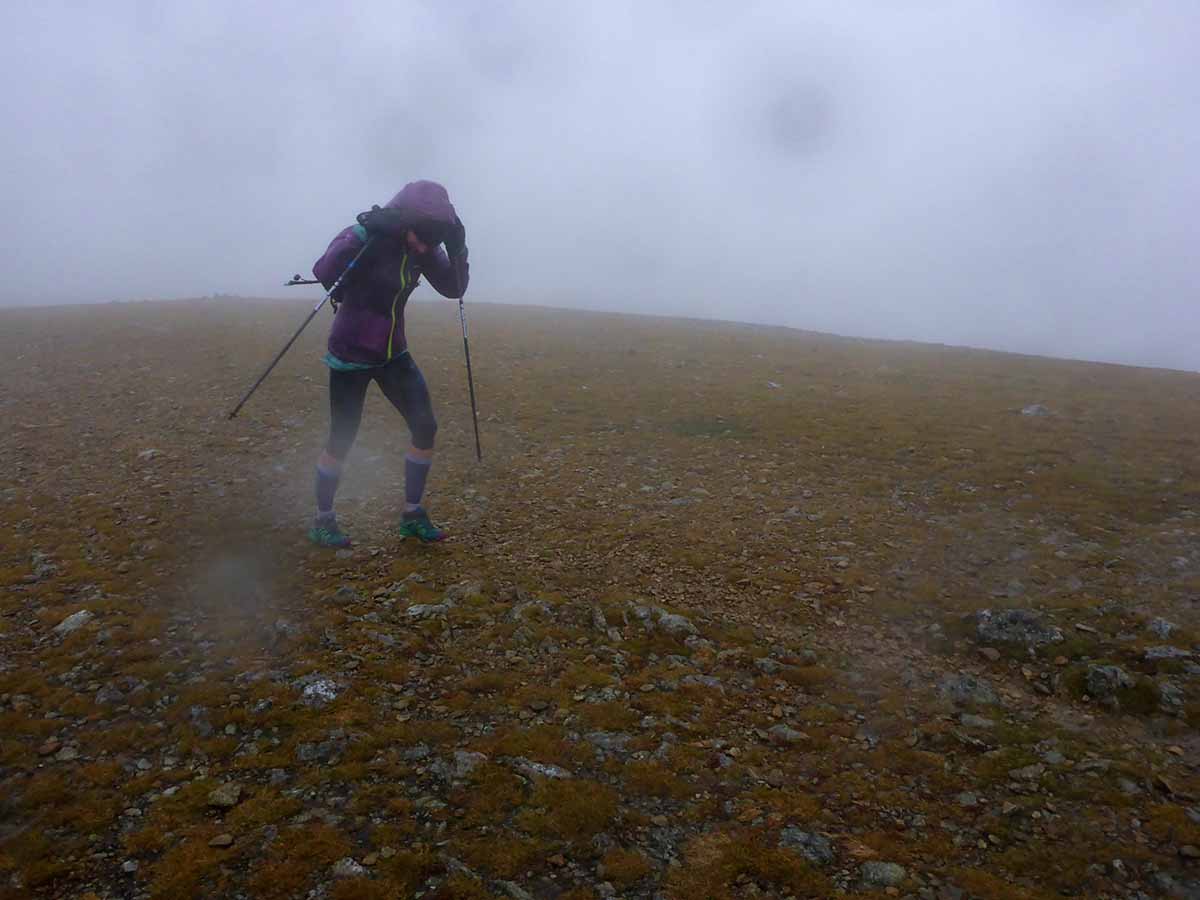 We eventually arrive at Ambleside and I change into a fresh set of clothes and get some much needed caffeine.

Michelle decides to call it a day at this point due to her hip and ankle problems (but I also suspect she remembers that the pubs are still open) so I realise that I’ll be tackling the final 20 miles alone.

I’m disappointed for her as I leave Ambleside, knowing the effort that goes into being prepared for an ultra and how difficult a decision it is to DNF.

As a new mental strategy, I pretend that the preceding 11 hours hasn’t happened and decide that this is a new 20-mile race from Ambleside to Cartmel.

Headtorch strapped on, I leave the checkpoint but within 5 minutes I arrive at a flooded road and laugh to myself about how long my new dry shoes and socks lasted as I wade through.

After the previous hilly-delights I’m not too sure what to expect, but to try and keep my brain focussed I decide to push as hard as I can and gradually catch up with various torchlights flickering along the path in front.

The route follows the western edge of Lake Windermere and large sections of the path were completely flooded – at a couple of points deep enough to get to areas of the body that don’t like being dipped in cold water.

Wading through the woods alone by torchlight was an amazing experience and completely different to the earlier battle up on the tops.

The last of the checkpoints was in Finsthwaite and the volunteers were very hospitable but I had no desire to stop for soup or anything else at this stage so stuffed down a bit of bread and crisps and made my way out with just 12km left.

Tiredness was now setting in, my watch battery had run out (with the GPS route on it) my torch light was fading and the battery back-up I had was malfunctioning, so I did have a small panic about what to do if the lights went out!

The thought of being submerged in blackness spurred me on so arriving on the road section for the last couple of km was quite a relief. Some 16 hours 16 minutes later I crossed the finish line.

To provide some kind of comparison, I’d completed the Lakeland 50 in July in just over 11 hours which shows what a difference the terrain and weather can have on a finish time.

With a 37% DNF rate this was a tough year to get through Lakes in a Day. The first 30 miles could be considered a race in itself with the bulk of the elevation and difficult terrain before you arrive at Ambleside. Many runners pulled out at this point but I’m sure will be back next year to try again.

Being held in October, the weather is likely to be against you and the terrain is hard going for much of the route. The checkpoints are great but there aren’t many of them (three over fifty miles) so you need to be well prepared and largely self-sufficient particularly if you’re not at the sharp end of the race.

The weather made this an unforgettable, and in some ways better, experience. But we don’t enter these races because they’re easy though do we?

About the writer: Dan is a member of the Glossopdale Harriers and spends most of his training time escaping into the Dark Peak and then writing about how difficult it was at www.allhailthetrail.co.uk. He ran Lakes in a Day with Michelle Edye, a great running buddy who now resides in London, runs with the Clapham Chasers and has largely forgotten what it’s like to run up a hill.

Last updated: 02-Nov-18 By Dan Stinton Ambleside has become the new Garden of Eden. It’s all we have left to keep our minds focussed as 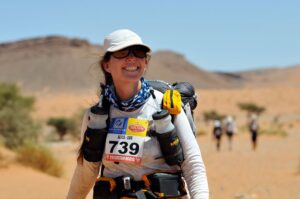 Last updated: 07-Jan-20 By Alice Morrison This is not an exhaustive list but here are some of the things that veteran MdSers found worked well 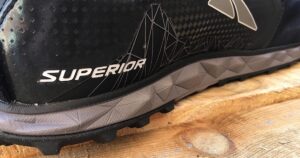 By Seth G The Altra Superior 4.0 is more than a significant update to the Superior line. With an extremely comfortable upper and good traction,