Pleased to report that Tent 145 was all present and correct, the rest of the day gave us a chance to recover, get things sorted, send emails home and enjoy lazing around the Marathon des Sables camp. Brian, Duncan and I took ourselves back to Doc Trotters to get our feet sorted for the final day. I was treated by two nurses neither of whom could speak good English and my French was of an even lower standard. We had some fun and banter but my feet are now infected and a course of Amoxicillin is swiftly dispensed. Right and left feet are almost mirror images in terms of damage, the doctors take photos of the mess they are in and I am reliably informed that they are going to hurt. A phrase ending in Sherlock springs to mind! Suitably patched up and with a smiley face on my big toe, courtesy of nurse Celine, it is back to the tent to see if the rumour of a cold can of Coke is true. Sure enough, we are all given one can that draws us like the ring does to Gollum. ‘’We wants it, we needs it. Must have the precious’’.

The camp is then summoned to cheer the final competitors across the line – three of them have used the 34-hour allowance to the full. This was a really good moment, to be part of their joy at making the line and to see the whole camp clap and cheer them on. Patrick was there to hug them as they finished and generally make a fuss of them. Nice touch. We are all issued with new number plates for our shirts so that the sponsors are on clear display as the next stage results in completion of the MDS and medal presentation.

One last effort. Only a marathon distance to go – seems odd to say that but in the context of this event, an easily achievable stage. My feet are painful but well protected with bandages, iodine and pain management is sponsored by Dolpamine. We are in celebratory mood at the start line, knowing that the hard work is all but complete now. The top 200 runners are to set off at 0830, the rest of us at 0700. Brian and Alan Purdue (we have 3 Alan’s in Tent 145) are starting in the second group. Patrick is now a little self-indulgent with the speeches at the start; we have another little bop to ‘Happy’ for the cameras and subsequent film no doubt, then, for the last time set off to ‘Highway to Hell’. Daz has decided he is up for a run so we set off at a decent but cautious pace. He lasts about 3km then his knee has had enough so we settle into a fast walk.

We are in determined mood today and start walking at a quick pace. Once the final runners that were behind us have overtaken us, we find ourselves moving swiftly through the field of walkers…even overtaking some people who were running. That must have been frustrating for them but we had hit a good rhythm and both feet and knee injuries were able to sustain the pace. Checkpoint 1 was almost ignored as we grabbed our water and maintained our focus. We were well on our way to checkpoint 2 (23km) before Brian caught us. Alan caught us quite some time later and it was good to see them both moving well.

All of the strong runners had words of encouragement and congratulations as they passed by, particularly fellow Brits. Everyone knew it was time to enjoy it. The weather was a little cooler today, which was a welcome relief. We both really enjoyed the day as we felt like we were competing again despite our respective injuries. Eventually we could see the finish line, prior to which we had one last section of dunes to deal with. For the first time that day I felt my energy levels start to fall, but we pushed on and managed to run the last stretch and cross the line together.

Patrick was there to congratulate each person individually, hugs all round and the coveted MDS medal hung round our necks.

I loved every minute of this event. My food choices worked really well and Tent 145 was great – we were all successful and had plenty of laughs along the way. The camaraderie of the camp, friendliness and support of the MDS team/volunteers, difficulty of the terrain and the stunning desert landscape will all be long lasting memories. It will be a while before we are able to reflect and appreciate what we have achieved given that normal life resumes immediately on return to Guernsey. It will probably sink in when we have an opportunity to watch the film when it is released in the coming months.

Thank you all for your support as well as your generous donations to Headway Guernsey and Children with Cancer UK, the total raised was £20,000.

Oh, and by the way, I bumped into the Spanish guy at the airport on the way home…incredibly, he had completed the MDS, despite the state that his feet were in at such an early stage! 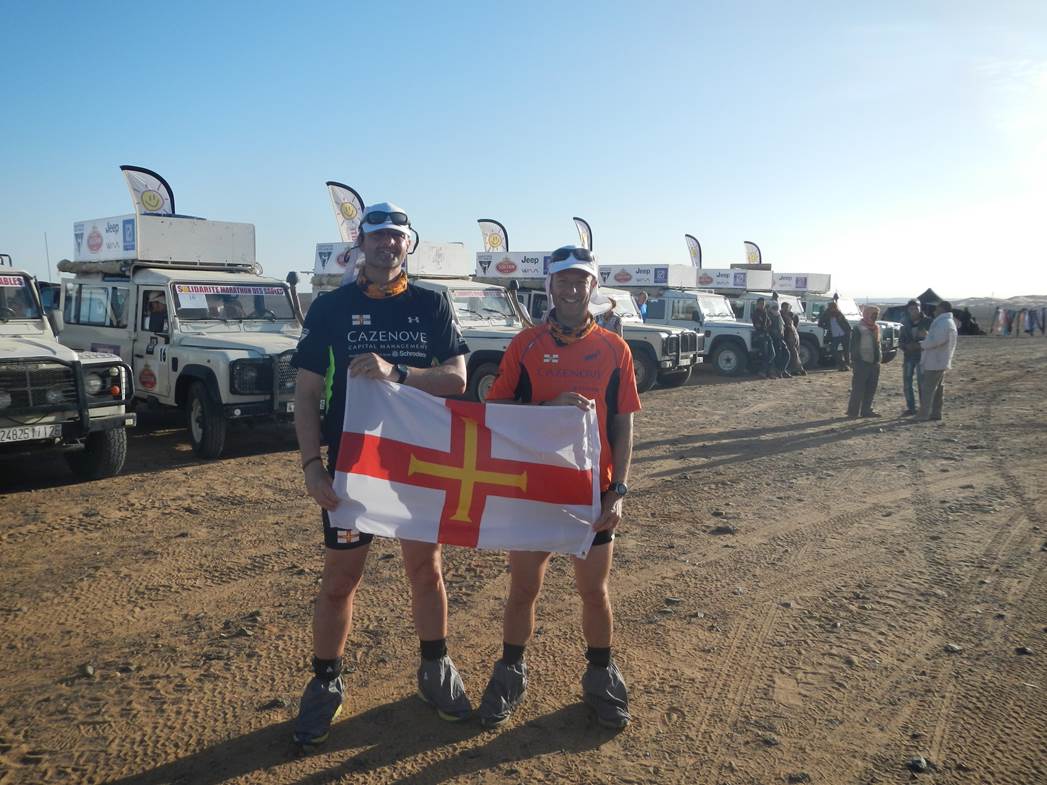 John and Brian at the start of MDS 2014. Photo credit: John Bell.

"We are in celebratory mood at the start line, knowing that the hard work is all but complete now." 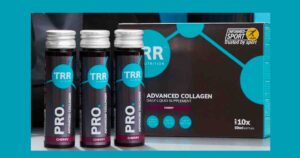 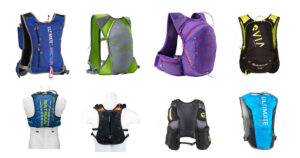 Battle of the packs – 8 hydration packs and vests reviewed

Last updated: 24-Oct-18 By Alice Morrison If you are going to be spending more than an hour or two out on the trail, you will 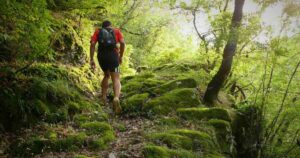