I have to admit that when I first picked up One Track Mind, I was a bit sceptical. I mean, how much can you write about running round & round a track for 24 hours?

The scenery doesn’t change and you don’t really go anywhere.

But this isn’t just a story about running around a track.

Michael Stocks story starts as he stands on the starting line of a 24-hour track race. He is aiming to run more than 150 miles within 24 hours to fulfil his dream of being selected to run for Great Britain.

Part one sets the scene at 11:59am, a minute before the race starts. The heavy grey clouds, the driving rain, the tents pitched around the perimeter of the running track. It’s here I learn that the race is being held at Tooting Bec Athletics Track. I spent my teenage years living a mere 500 metres from the Tooting Bec. I only ran on the track once though when I came last in the 800m at my school sports day in 1993.

I instantly feel an allegiance to Michael, I can picture exactly where he is.

12:00 and the race starts. It’s clear that this is not a narrative about running for 24 hours around an athletics track, rather a reflection on how Michael came to be standing on the starting line in the first place.

As the minutes tick by, we learn about all the planning and preparation that has gone into this race. We learn about his race tactics, his feeding schedule and what he is eating and drinking. He talks of his training and the practicalities of the race.

We meet the other runners on that wet track, the 85-year-old Geoff Oliver and the 78-year-old Patricia Seabrook. Mari Mauland, Sarah Morwood, Susie Chan and Marco Consani among others. As Michael says, everyone out there has a story to tell.

But far more interesting than a mere report on the race, Michael subtly weaves his life story around that track.

We meet the non-exercising, cigarette-smoking younger Michael. Michael the muscular gym-goer. The corporate high-flying Michael and Michael the runner.

We meet his wife, Jane, a constant presence at the side of the track. We learn how he realised he couldn’t live without her and proposed to her after stepping off a plane from South Africa.

We meet his Mother-in-Law, Eve, one of his biggest fans who’s stood on the sidelines cheering him on at many previous races but who is sadly nearing the end of life.

We meet the friend who hates running and camping and spends 24 hours in a tent at an athletics track in the firing rain to crew him.

We meet his coach Norm and the professionals he seeks advice from.

But as the minutes’ tick by, most of all we meet Michael.

As he runs around the track, we learn about him. About what drives him, his goals, his ambitions and even his struggles. And that is the part of the narrative that stands out for me the most. Michael isn’t an elite ultra runner. He is 49 years old, he dreams of running for team GB and knows to do so he will have to run the race of his life.

This is a story of sheer determination, perseverance and hard work.

He has the same fears and worries that the rest of us do. He worries about the other runners in the race before reminding himself that all he needs to do is focus on his own performance.

He has failed before, he has missed his goal. He knows what disappointment feels like. He’s been injured, unable to run.

He suffered from nausea, he walks. We hear the negative voices and doubts in his head. We learn how he reframes his thoughts to get rid of them. Turning negative language and connotations of darkness and suffering into positive words of light and brightness.

He shows us the mental tools he uses to make it possible to keep going for 24 hours straight, acknowledging that his mind is as important as his legs in achieving his dream.

As a runner myself, there is so much I can take from Michael’s story. I was nodding my head in agreement and understanding time and time again. Focus on the mile I am running, not those to come. Don’t worry about anyone else’s race, only my own. Reframe negative thoughts into positive. And most importantly, bad patches will pass!

Overall, I really enjoyed reading this book. It was engaging, inspiring and thought-provoking. It shows just how much work goes into a race performance like this.

At one point Michael says, I may only have travelled 400 metres around this track, but I have been on a 100-mile-long journey. And that’s what this book is. It’s not a story about running around a track, it’s a story about a life’s journey.

About the writer: Ally is a photographer & entrepreneur based in Croydon, South London with a love of all things photography, coffee, gin, books, running & the great outdoors.

Have you read One Track Mind? Don’t agree with this review? What’s your opinion? Add your own comment to this review and share your experience and passion for running with others.

"I may only have travelled 400 metres around this track, but I have been on a 100-mile-long journey" 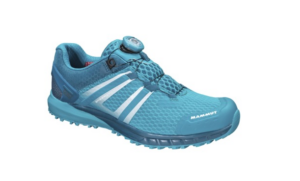 Last updated: 17-Aug-18 By Fiona Outdoors Mammut state that the Mammut MTR 201-II Boa Low trail shoes are “very direct and light” and they are 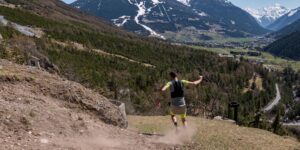 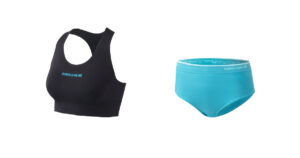 Last updated: 24-Oct-18 By Fiona Outdoors Runderwear is a multi-award winning brand that makes performance underwear for sports people. The company is dedicated to making