Could you all please locate your C7 vertebrae and measure between that and your iliac crest? Done? Now you know which size Osprey Duro pack you’ll need. Simple.

There is more information on how to locate these body parts on the Osprey website: it’s between the bony bump at the base of your neck and your hip “shelf”. It seemed a new way to find out your required size, but as it turns out, was just right.

The Osprey Duro (unisex) and Dyna (women’s) series comprises four running vests: an LT (minimal storage), 1.5l, 6l and 15l. There is also a unisex 2l running belt and a handheld that stores a water bottle and a few essentials (gel, key etc.).

I opted for the 6l Duro, size large (I’m 6ft/1.83cm) and the sizing was just right for me. As you’ll see from the pictures the pack is predominantly a single shade of blue, sensibly named blue sky, with the Osprey branding and other simple line designs printed on in silver. There’s also the option of a charcoal grey.

There are a variety of storage pockets around the pack. Starting at the rear, there are two zipped pockets with each zip opening diagonally in opposite directions. The larger “main” storage area includes a loop to fit a bladder. The second thin zipped pocket is in front of this and includes a small clip for keys. There is a third pocket at the rear of the pack, without a zip so useful to quickly access or pack away a lighter jacket, but being on the back you still have to take the pack off to use it.

As you move around the sides of the pack there are stretch pockets either side which are stitched approximately halfway around, providing two separate compartments. Up front, on the right-hand side (if you’re wearing it) there’s a bottle pocket at the top, a small 3cm opening slightly further down that leads into another storage area (I’m not quite sure what this is for), another stretch pocket below that, and finally the second half of the side storage area described above. The left-hand side is similar, although it contains a large zipped pocket with generous storage area and built-in whistle.

The adjustable chest straps are attached to a fairly rigid piece of plastic extending the length of the front of the pack and simply snap in either side. It’s a nice design that’s easy to clip in and I’ve had no issues with it detaching or coming loose whilst running.

The two supplied bottles are a pretty standard flex flask so not much to report, but they do have a nice wide opening for easy refill.

The other packs in the range look similar in design, but of course with larger storage areas on the bigger pack (including zipped side pockets).

Oh, how I do love those pockets! I think like most of us, we want a decent storage area at the back to keep mandatory kit items that you hope to rarely need, and then have everything else available for easy access up front. The rear storage area easily holds those (hopefully) lesser needed items such as waterproof body cover, spare layer and first-aid kit, although you would obviously restrict this space if you fitted a bladder. I found the front of the pack well laid out with ample storage areas for various snacks, hat/gloves, compass etc.

The bottle pockets are both quite high up on the chest and contain two loops that you can hook over the top of the bottle to keep it secure. I did use these, but I’m not really sure how essential they are – the bottles seemed to stay in position without them anyway. The position of the bottle pockets means there’s still plenty of storage below them for a variety of other items.

I love taking photos out in the hills so the zipped pocket on the front is welcomed to keep my phone/camera secure without any chance of falling out. The zip on this pocket also has a handy loop attached to it so you can easily insert a gloved finger(!) to quickly open and close it.

I have no complaints on the storage and found that, even with a full load, the pack stayed comfortable and in position when running. Longevity is always hard to assess during a review period but as yet there’s no signs of wear and tear, and it has survived a few tumbles.

Cons: What’s not so good about the Osprey Duro 6?

During the warmer weather earlier in the review period I did find the pack to be quite warm, sometimes uncomfortably, so I’m not sure the mesh was venting as much as I’d like it to. The pack felt slightly higher up compared to some others with the seam at the bottom of the pack aligning with the base of my ribcage. There is also a slight gap at this point as if the lower seam flares out a little. It’s not really a negative but just something I noticed that felt slightly odd.

My final comment, a purely personal one: the pack looks somewhat monotone and I can’t help but think there could be a little more excitement added here and there with the styling, particularly with the grey pack.

This pack performs and I was very impressed throughout the review period. The 6-litre model easily holds a pretty standard bag of kit for the hills with a load of storage up front for all of those easily accessible items. I can’t really think of much more I’d want in relation to storage or practical use, but just a little more flare from the design side would have been welcomed, however I’m sure the style will appeal to many. It’s my go-to pack for pretty much any run out in the hills at the moment.

About the writer: Dan Stinton is a former Editor of RunUltra. He’s a Peak District based runner collecting mud and scrapes in and around Glossop, and he likes nothing more than escaping into the Dark Peak and then writing about how difficult it was.

"I love taking photos out in the hills so the zipped pocket on the front is welcomed to keep my phone/camera secure without any chance of falling out." 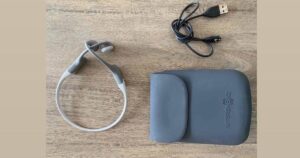 Last updated: 02-Apr-21 By Susie Chan Aftershokz launched their first headphones in 2012, and immediately they stood out from the crowd a little bit. Why? 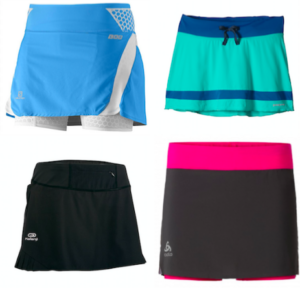 Last updated: 17-Aug-18 By Fiona Outdoors This review is for the women, although, guys, if you are looking for a great gift for your running 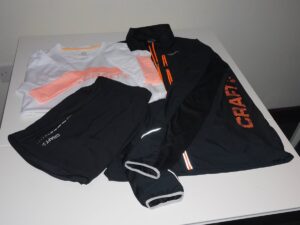 Last updated: 16-Aug-18 By Dan Stinton I may have had my head buried in the sand, or been looking the wrong way, but I wasn’t