The weather had thankfully cooled from the previous week’s high temperatures and with a hint of rain in the air waiting Round the Rock runners were forced to wear jackets. No doubt some were wishing that they had remained in their warm beds! As race director I took my position on the start line armed with watch and starting horn, which as usual failed to make any particularly spectacular sound and nor did the steam clock let off its promised whistle or bell. The 5th anniversary race in 2015 will be started with an audible sound, possibly a saucepan and wooden spoon or a shotgun!

The field sped away around the harbour, keeping the water on the right a navigational tactic that ensures you will run in the right direction. Bruno Francisco had as anticipated taken a swift lead, determined to complete the route in under 6 hours and so win £2000, closely followed by James Manners. James had decided to take on a do or die approach and was planning to chase Bruno to the bitter end or be left in a heap on some cliff path or sandy beach. Bruno’s mission was a heroic one; this new prize had been offered following Daniel Doherty’s record setting time of 6hours 15 minutes in 2011, which he had equalled on a second attempt in 2012. Daniel felt that 6 hours was an achievable time hence this new temptation to sweeten the victory.

With my work complete at the start line I left for the first check point at St. Catherine’s with my trusty helpers Annette and Fletcher. The drive along the coastline is always pleasurable as I am able to pass the field of runners whilst shouting out suitable encouraging or discouraging words; race director’s privileges!

The anticipation in waiting for the sighting of the first runner is always like waiting for the first guest to arrive at a party, concerns over route marking start to nag one’s brain even though you know it is perfect. I was expecting Bruno to arrive between 1 hour 5 minutes and 10 minutes, like clock work he glided past at 7:07am with James only a minute adrift. An unknown shape made his way past at 7:15, David Smithers from the UK, looking comfortable, a possible contender for the podium. By the time the clock had reached the 1 hour 23 minutes the first three ladies had appeared in the shape of Rebecca Bowdler, Leanne Rive and Rebecca Mingo.

The last runner through at 1hr 55minutes, five minutes clear of the cut off time was Harry McAlinden. He was clearly not feeling at his best, but knowing his determination I knew that despite recent injuries at the recent West Highlands Way, my running partner would not stop and so with a manly hug I let him continue towards the awaiting cliff paths.

With the first section clear I made my way towards the La Fontaine Check point (22 mile), offload supplies and drop bags. All the relevant crews were in place and so with some last minute instructions, we awaited the first runners. Bruno was not planning on disappointing us or giving us time to relax as at 8:36 he decided it was time to make an appearance some 4 minutes ahead of Daniel Doherty’s record time. Bruno looked comfortable and at that pace the Round The Rock wallet might be looking a lot lighter before the day had finished. James had dropped back into third, allowing Derek to take position behind the leader.

The La Fontaine checkpoint mercifully appeared after one of the tougher stretches of cliff paths, Bouley Bay to Bonne Nuit. Often the early fast pace on the road catches up and runners start to feel the strain, so reaching this point is a psychological milestone and likewise for many it is the point that they call it a day. The day saw seven runners retiring and all were during this difficult North Coast stage, most notably was James Manners who had pushed so hard now found that his quads were simply not allowing him to continue and sadly he limped to my van to await a lift.

The following hours kept me distanced from the runners, but reports floated through as each checkpoint saw the sweepers and last runners drift through. It was clear however that Bruno was still powering his way around the island and he was in fact ahead of his schedule by some 10 minutes at Grosnez, the 30-mile checkpoint. Scott Harris had crept his way up through the field after a tentative start and was lying in third place behind Derek. Rebecca Bowdler had managed to distance herself from Leanne with a comfortable 15-minute advantage and 30 minute over 3rd placed Rebecca Mingo.

At the Beauport checkpoint we awaited news of the field, with updates from Les Fontaines and clearance that all runners were accounted for and all could be cleared. Being a coastal route there are sections that depending on the tidal conditions can be shortened and Bruno was making his way above the sands at St Ouen Bay, along the Five Mile Road, a flat gravel section that for later runners could be reduced by approximately a mile if they chose the beach. Alas, for Bruno no such choice could be taken and the same would be true along St Brelade’s Bay and St Aubin.

Bruno reached the Beauport checkpoint, having lost ground and in his own words was finding it hard going, but he paused for only enough time to refuel before heading off on the trail towards St. Brelade’s Bay and the headland over to Ouaisne and the final steep cliff path ascent; the tide still too high to allow access to the faster route across the beach.

With the lead runners within 10 miles of the finish, the runners at the back of the field were making their way across the headlands of Grosnez. A stunning section of imposing granite sea cliffs, ruined fortifications from times past and swathes of purple heather. My only concern that with 30 miles on the clock runners might not get to appreciate the sheer beauty of that 2 mile cliff top section! The main field would be stretched out across St Ouen’s Bay either on the roadside trail, seaside promenade or possibly on the sands depending on the state of the tide.

At the finish line the timing clock slowly counted its seconds and it was clear that the elusive 6-hour mark was to remain out of reach for another year. The final miles had gradually taken their toll on Bruno’s incredible run and he sprinted into view at 6:23:55 a new record by a local runner. Bruno no doubt will spend the next 365 days training hard on the Jersey trails to find that missing 23 minutes and 55 seconds. Bruno’s incredible performance was or the more so impressive when one takes into consideration that this was his first trail ultra.

Likewise Derek’s second place time of 6 hours 42 minutes was phenomenal as this was his first time racing an ultra and I am sure that a return visit for the 5th anniversary might produce improved times. Scott Harris was only 4 minutes adrift of Derek marking a colossal improvement on his 2013 time of 7:37 almost enough to claim the award for most improved runner, an honour that was taken by Shaun Marsden.

The first 10 runners crossed the line within 8 hours gaining their gold medals for sub 8 hour finishes. The first of the ladies arrived in 11th place and so starting the silver medal category for sub 10 hour runners. Rebecca Bowdler retained her leading position, but Leanne’s customary steady pace gradually allowed her to reel in her opponent; with an initial 14 minute advantage at Gronez, which dropped to ten minutes at Beauport and by the time the finish line was reached Rebecca’s lead had reduced to 2 minutes 22 seconds. Rebecca claimed the honours of first lady in a time of 8:03:04, Leanne Rive 8:05:26 and in third was Rebecca Mingo 8:23:23.

Mention of Paul Burrow’s phenomenal performance must be included in this report, his overall time of 10:18:51, although not his best performance to date, marked the first of 7 consecutive Round The Rock’s which he achieved over the subsequent days. Paul’s daily 48 mile ultra which at a total of 337 miles is a gargantuan achievement, but is surpassed by the incredible amounts he has raised to support Hospice. Well done, Paul!

The final runners, Tim Worsely and Tim Guest, claimed the sub 12 hour bronze medal crossing the line with almost 25 minutes to spare. This marked a massive improvement for Tim Guest as he had been caught out in 2013 and crossed the line after the 12-hour mark. The final runner of the day to cross the line, Stuart Syvret, although not gaining his bronze medal, completed the route in 13 hours and 33 minutes. The finishing line had been dismantled by this point and all runners had retired to the nearby Radisson Blu for food, drink and presentations, forcing Stuart with the accompanying sweeper Jon Press, to run a further 200 metres to the terrace itself and a large glass of wine amidst loud applause. Stuart’s run with the assistance of Jon, demonstrate in my mind the real ultra spirit that make this sport special.

So, huge thanks to all the runners and marshals who made Round The Rock a successful event. With the date set for 1st August 2015, the planning has started to ensure that our 5th Anniversary will be a race to remember.

"A stunning section of imposing granite sea cliffs, ruined fortifications from times past and swathes of purple heather" 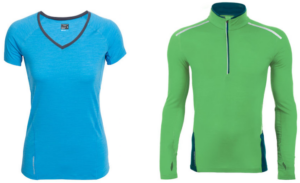 Last updated: 17-Aug-18 By Alice Morrison With the end of summer and the beginning of Autumn it is time to get out the transitional tops.

Last updated: 10-Feb-21 By Kate Allen When CimAlp got in touch with us at RunUltra, I immediately liked the look of the clothing and apparel 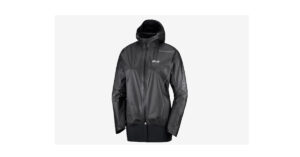 Last updated: 04-Dec-20 By Kate Allen As we go into winter, a key item of an ultra runner’s wardrobe becomes ever more important: the waterproof