The 2016 edition of the Coastal Challenge once again saw the return of Don-Wauchope to defend his crown, the arrival of 2015 Marathon des Sables champion Elisabet Barnes and a strong line-up of Spanish, Portuguese and Ecuadorian runners such as Carlos Sa, Ester Alves, Gonzalo Calito and 2:08 marathon runner Chema Martinez.

Encapsulating the true sense of adventure, TCC requires a runner to be more than ‘just’ a runner. The race manages to make or break the most experienced competitor. Hopping from rock-to-rock, traversing a ridge, clambering over slimy boulders, swimming river crossings or running up and down single or double track, the race truly requires a rounded athlete to gain victory.

This was reflected in day one of the race when all eyes were clearly focused on the blistering pace of Spain’s Chema Martinez. Despite an ability to run fast on smooth trail, Costa Rica’s varied terrain and intense heat with humidity left him wanting, from km six I had nothing. It was just an awful day and on the final descent, I couldn’t run, I just had to walk, Martinez said. At the finish the doctor looked at me and my blood pressure was low – it’s all down to the heat and humidity; a really tough day! 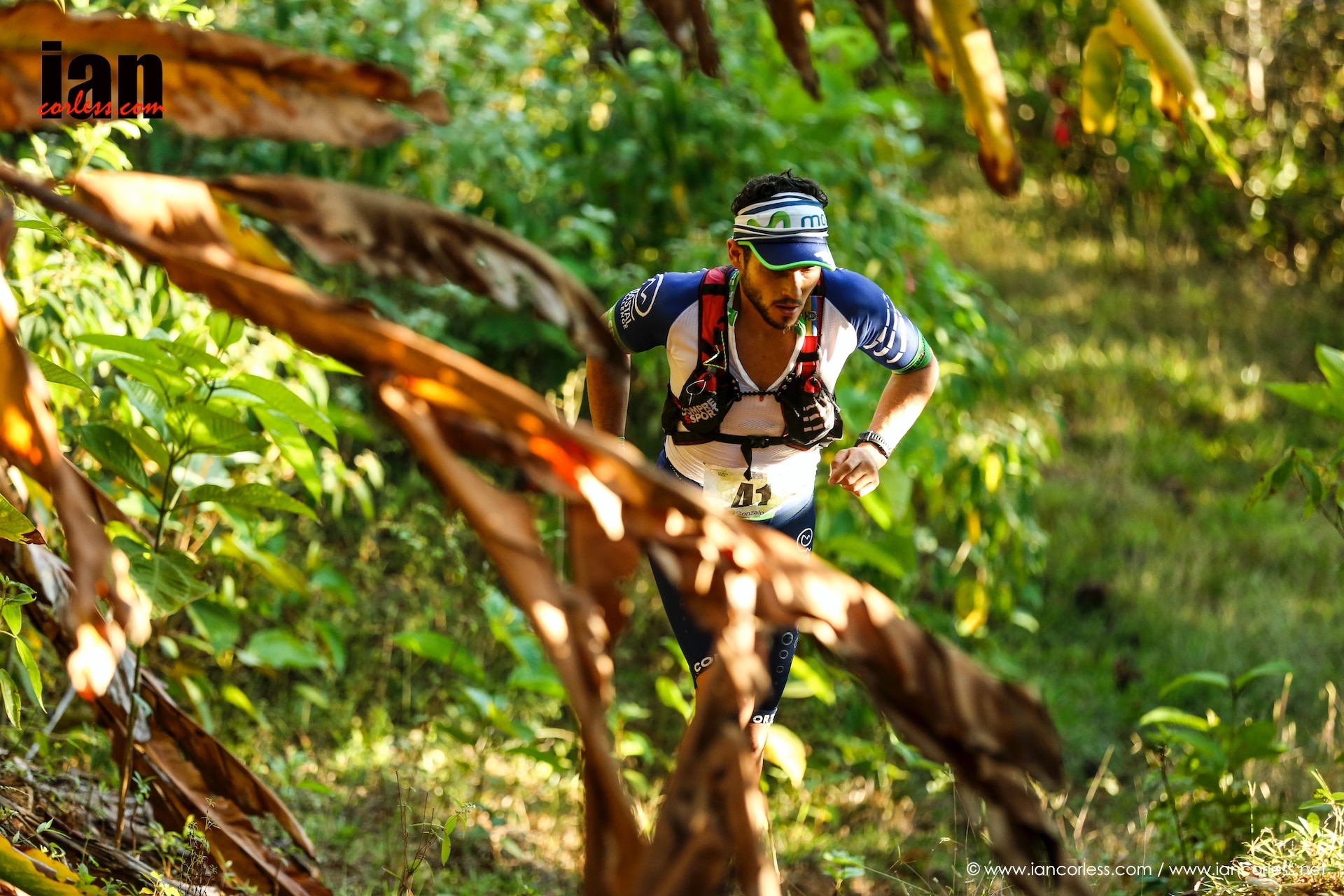 By contrast, 2015 race winner Don-Wauchope arrived at the race saying he was undertrained and lacking the preparation required to perform well against a strong field. However, course knowledge, an understanding of the demands of Costa Rican heat and an inmate natural ability saw him once again dominate the first day just as he had done in the previous year’s edition.

You wouldn’t believe how little running I have done. I am not sandbagging. Today’s run came from somewhere… maybe a little help from above,” Don-Wauchope said post race as he lay in the river cooling down. “I am really happy with the run but as we saw in 2015, day one is just one day. The men behind are world-class and they could pull back my lead at any time.

Elisabet Barnes ran with Portugal’s Ester Alves in the early stages but the heat soon took hold and the high humidity caused Alves to slow, without increasing her pace, Barnes slowly pulled away and continued to do so all the way to the line to secure a first stage victory.

I knew it was going to be hot but I was surprised by the heat at the start. I enjoyed the stage, all very runnable. The second half was tougher than the first; more undulations. The humidity made what was already tough, tougher and apparently it was a little cooler today because of cloud cover. I have a small lead but as we have seen in the men’s race, anything can happen, I will take one day at a time but it was a good start.

Elisabet Barnes was well aware that day would be a battle due to the technical uphill start. Ester Alves comes from a skyrunning and mountain running background and therefore, the early sections of the course played into her hands. At the first summit, Alves had a lead of approximately seven minutes and the ladies race was on!

As the sun rose over the high plains, heat and intense humidity arrived; it was a hot day and with no clouds in the sky, the conditions were relentless for the runners.

Don-Wauchope bided his time and decided at Cp2 it was time to apply the pressure:

I rolled my ankle on day one and protected it. To roll it again on day two was just annoying. Having taken some time to compose myself and close the gap back to Carlos Sa and Gonzalo Calico, I decided that my moment to extend my lead was from Cp2. I upped the pace and Sa went with me. He held on for quite sometime before I finally made the gap to take a second stage win.” 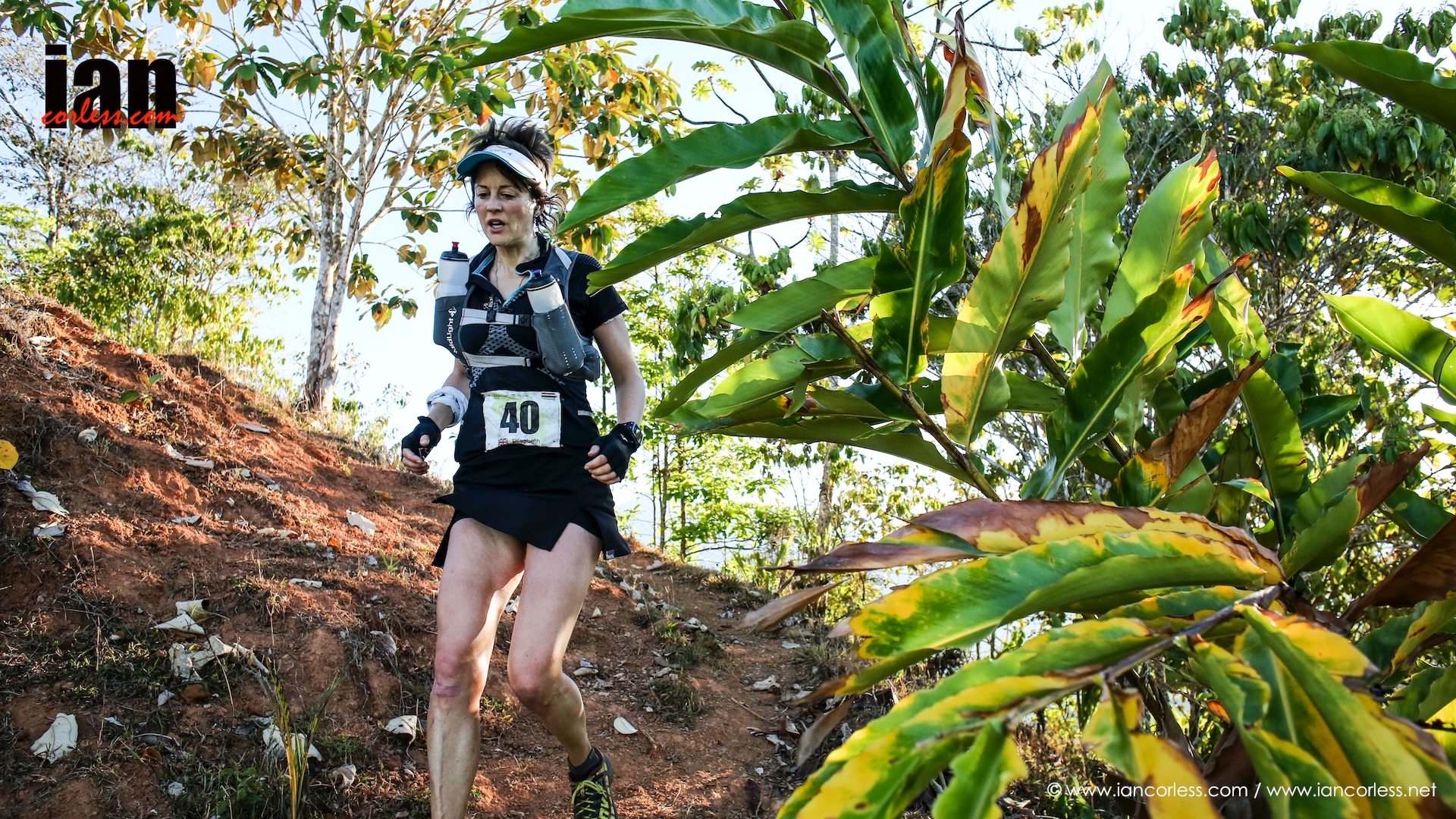 As the running became more consistent, Barnes started to slowly cut away at the gap Alves had created but as the terrain became more demanding, Alves was able to once again take a little more time. Her problems with the heat on day one appeared to disappear and Alves took the stage win and the overall ladies’ race lead by just 1 minute 32 seconds.

I felt much better in the heat today, Alves said. This course and place is amazing, the views are incredible and I am loving the race. To win today’s stage is a real bonus.

It was a sentiment echoed by Barnes, The course is incredible but extremely tough. Combined with the heat and the humidity it’s just brutal. I knew that I was always going to lose time this morning on that technical climb and I have to accept that Alves is stronger than me on those sections. I used my running speed to close the gap today but over the final kms on the beach when I had hoped to push harder, I had nothing left to give. It’s very close now with another very technical start to tomorrow’s stage; I have a race on my hands.

Running in his element, Don-Wauchope opened up a gap almost immediately and by the time he reached the stunning Nauyaca cascading waterfalls, he had time to dive in the lagoon and pose for a photograph before moving onwards and upwards on the trail. Running with apparent ease Don-Wauchope continued to open up a gap on Calisto and Sa. Pushing the pace all the way to the long and lengthy final beach section, Don-Wauchope climbed through a small hilly section of rainforest before finishing a triple of stage wins. 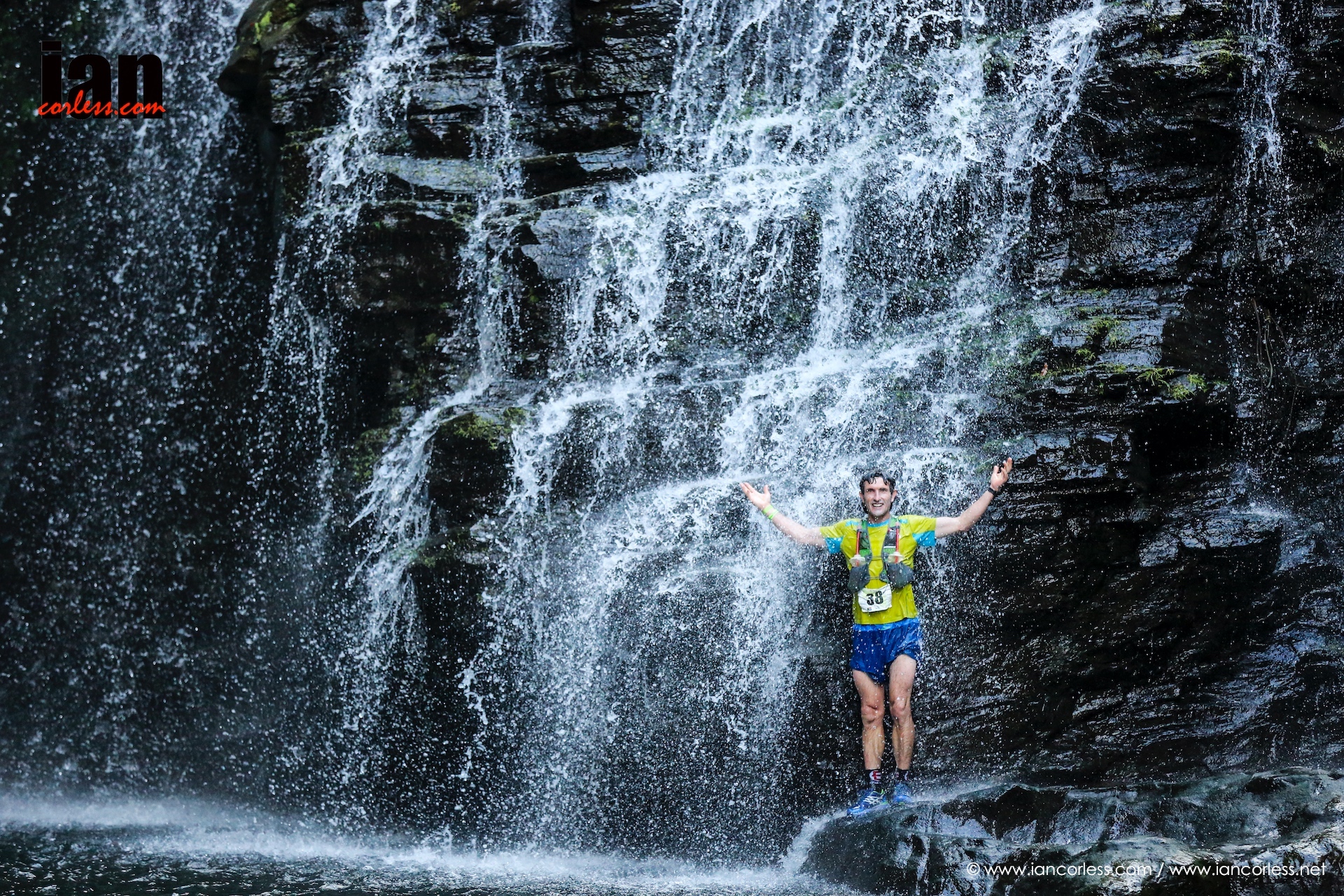 I made sure I covered myself with water every five mins or so on the beach. It was so hot and it seemed to go on forever. The highlight of the day was the waterfalls though. In 2015 I was too busy racing and I didn’t have time to soak up the location. This year I promised myself I would take a swim and climb on the rocks.

Sa and Calisto weren’t hanging around, they were gently running the climbs and pushing as hard as they could in an effort to close on the South African. Running side-by-side, Calisto marked every move by Sa and retained a comfortable second place. Behind, Martinez battled the terrain but was slowly adapting to the heat and the UK’s Damian Hall moved up to 5th with a great run.

Alves opened up a gap on Barnes in the opening riverbed section and at the waterfalls, Barnes trailed by seven minutes. It was a good result; the gap could have quite easily been larger. Climbing upwards on technical single-track and following the 2nd waterfall, Barnes started to pursue Alves and eventually caught her 3km before Cp2.

I caught Ester just before the CP but unfortunately it was followed with more technical terrain and she started to open up a gap again. By the time I reached Cp3 just before the beach, the gap was six minutes, Barnes said post race. I felt good though and I thought to myself, this is great, it’s a long beach section that is runnable and I was convinced I would close the gap and with luck catch her. But unfortunately she ran well and I didn’t run to expectation. It was just so hot and relentless. Thank goodness the small lagoon was at the end so that I could cool down.

Alves ran a great race and looked strong on the beach maintaining a good pace and cadence. She was obviously very happy with her day once past the finish tape: It was a beautiful day and I am really happy. The course was stunning and the variety was just incredible. The beach was beautiful but too long… I couldn’t wait for it to end! 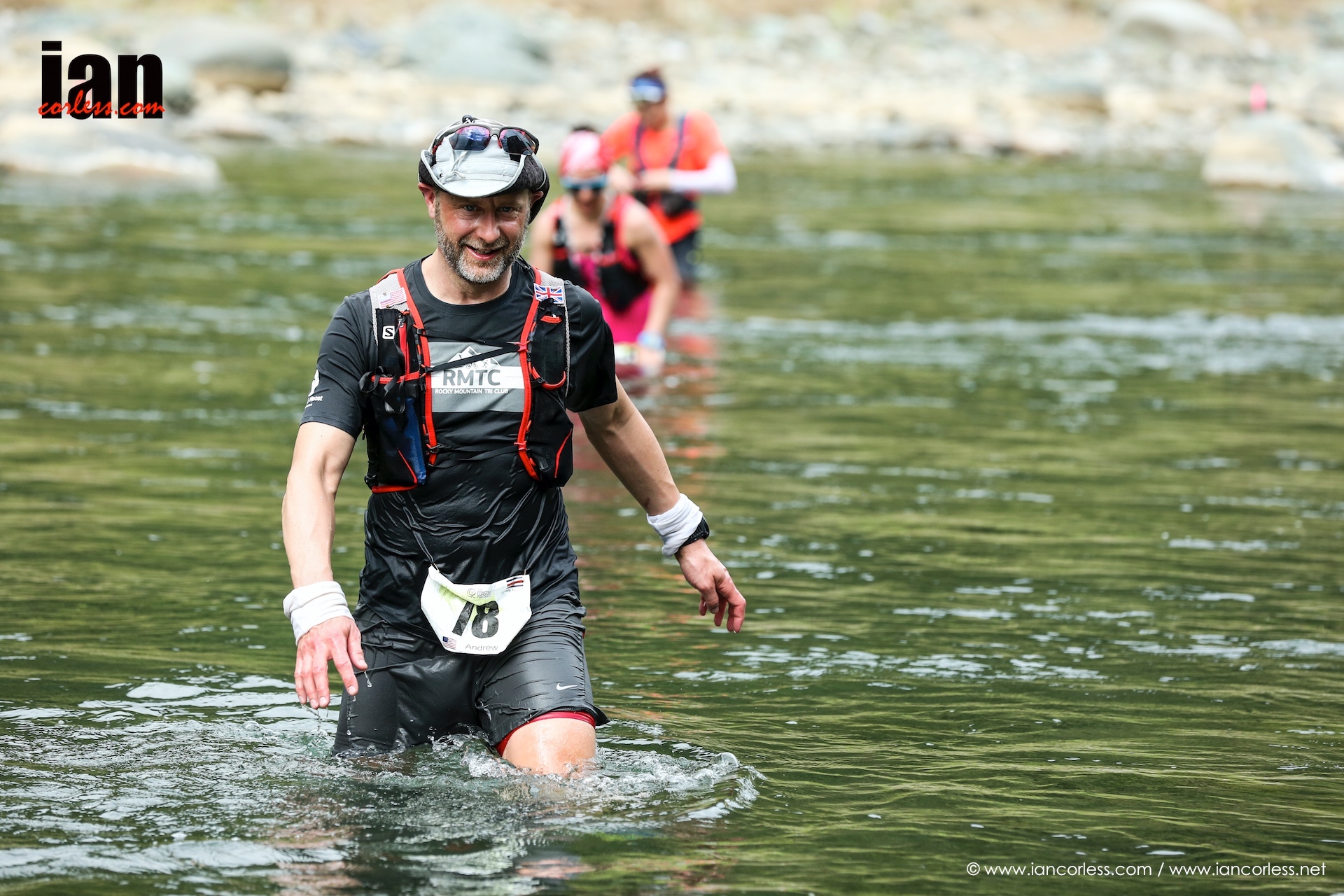 "from 6km I had nothing. It was just an awful day and on the final descent, I couldn’t run, I just had to walk" 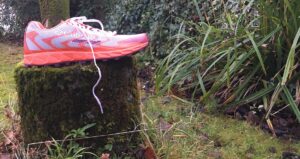 Last updated: 20-Aug-18 By Fiona Outdoors Columbia state that the Montrail Rogue F.K.T. II trainer is engineered for “performance and functionality”. I tested the running 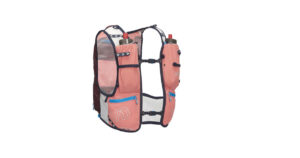 Last updated: 24-Oct-18 By Alice Morrison Designed by and for women, the Ultimate Direction Ultra Vesta 4.0, is a high-performance running vest which is extremely 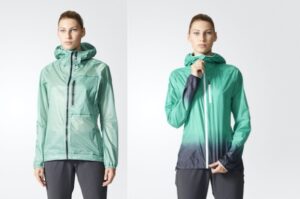 Last updated: 17-Aug-18 By Alice Morrison These jackets are available for both men and women. In this review, I test out two lightweight running/mountain sports