By Janneke Dobben and Konstantin Holzner

Picture the scene. A freezing cold morning in February. A fierce Scottish wind blowing off the North Sea. A splattering of icy rain. A bunch of hardy Scots in tiny shorts and tank tops.

This was the fourth event in the FoxTrail winter trail running series. My boyfriend and I had taken the train up from London for a weekend adventure.

Dressed in thermals, midlayer and a raincoat – my skin was a nobbly mess of goosebumps, and my teeth were trying hard not to chatter. My boyfriend and I huddled together and tried not to feel like the weaklings up from London we quite obviously were. I took a look round at my fellow runners, most of the hardy Scots were in tiny shorts and tank tops, standing confidently and not a goosebump in sight.

We stood patiently underneath a treehouse to hear the instructions of the race leader. With a smile, his main advice was Try not to get lost. And, with a short walk to the start line we were on our way – 20km along a beautiful stretch of coastline near Dunbar, not far from Edinburgh.

With a muddy start, we ran through a small forest, up and down windy paths. Quite a few runners had their dogs harnessed to them – some being dragged along (an unfair advantage?!), and some having to coax their dogs away from much more exciting bushes.

After a while we met the sea. We ran along the edge of the beach, before going down onto the sand itself at about 15km. The beautiful scenery was a massive motivator, which was good because the wind was in our face and the sand was pretty tough going. There were also some very cute distractions in the form of a random baby seal (you don’t get these on runs in London).

At about 17km the organisers of the FoxTrail decided to take the route straight through a freezing cold river. Then 10 minutes later the route went straight back through the same river. Just to make sure we really were as soaked as we could be.

The final stretch of the race took us back through some sand dunes, past some horses, and up a slight hill to the finish. There was a lovely warm cup of tea waiting and some yummy biscuits.

Overall, the race had a really relaxed atmosphere and a community feel – it was obvious many of the participants had already been to the first three events, and a lot were from the same running clubs.

The organisation was very good – the checkpoints were well manned, the information before the event was great and everyone was super friendly and helpful. This event also provides excellent preparation for the John Muir Way ultra marathon (50km) up in Scotland by the same organisers.

"My skin was a nobbly mess of goose bumps" 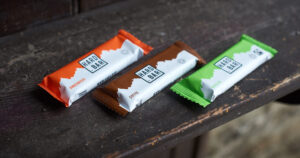 Last updated: 19-Mar-19 By Luke Jarmey Conceived, born and bred in perhaps the capital of all things mountain, Chamonix-Mont-Blanc, Hard Bar is a relatively new 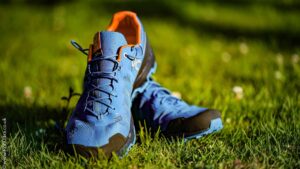 Last updated: 08-Apr-19 By Steve Diederich ON is a Swiss shoe manufacturer, known for their unorthodox and innovative approach to running shoe design, who have 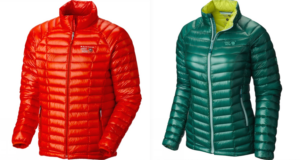 Last updated: 17-Aug-18 By Fiona Outdoors Insulated jackets, whether down, synthetic or a combination of both, are hugely popular among ultra runners. They provide much-needed