Race nerves and how to cope with them

Before writing this article, I asked some of my running friends and coaching clients about their experiences of race-related anxiety. None of these runners identified themselves as having an anxiety disorder or as suffering with debilitating nerves on race day.

However, they could all think of times when they had felt anxious about a race, highlighting the fact that anxiety is a common, normal, and sometimes adaptive response to a challenge.

One runner recalled being so anxious before a race that he was unable to eat. He identified that he feels most anxious if a race is a step-up in terms of distance or the difficulty of the terrain – the unknown is frightening.

Another runner stated that nervousness had never been extreme enough to impact on his performance, but recognised experiencing negative thoughts in the days and hours before the race begins. Once he started running, those thoughts and associated anxiety would generally recede into the background.

Another running friend stated that she does not get nervous before ultras, but that she experiences nervous excitement before short, fast races, related to the anticipation of pushing herself as hard as possible.

Another friend identified that he now feels much less anxiety prior to or during a race than he did when he started ultra running. He linked this to being more laid-back about the outcome and knowing what to expect from a race.

Previous nerves had been associated with entering unfamiliar territory and worrying about things such as whether he had the right kit.

These experiences fit with what we know about anxiety. Firstly, it is a normal response to perceived threat.

In a situation where there is a real physical threat (such as being chased by a wild animal), your body’s response of increasing your heart rate and breathing would enable you to either run away or fight – the ‘fight or flight’ response.

Such symptoms are less helpful if the perceived threat does not actually exist, or if the threat is a modern, non-physical one – for example, the threat of being judged harshly by others. In these cases, there is nowhere for that adrenaline to go, and the experience is extremely unpleasant.

In the above examples, the perceived threats were related to not being good enough to take on the challenge, not meeting expectations, and being unprepared. Physical symptoms of anxiety in the build-up to the race are unhelpful as they do not address the cause of the anxiety.

During a race, the additional adrenaline can be an advantage, but not if it reaches a point where the runner feels unwell, freezes, or wants to ‘fly’ away from the race altogether – not starting rather than channelling the adrenaline into the race itself.

The type of anxiety that most frequently affects athletes before and during an event is known as performance anxiety. This is a social emotion – we are anxious about being judged negatively by others, embarrassing ourselves, or simply not living up to others’ expectations.

It often boils down to a fear of failure. This is not a fear that can be resolved by fight or flight – the modern equivalent of flight is avoidance, and avoiding competing in races will only reinforce anxiety. The only way to challenge your doubts is to find out what happens if you actually run.

It isn’t always as easy as just deciding not to be anxious. However, it is possible to learn ways of managing nerves so that they don’t hold you back. Psychologists often use a series of ‘Socratic questions’ to aid people in understanding what has caused their anxiety.

‘What is the worst thing that could happen?’
‘I might not be physically able to cope with the race’

‘What is the worst thing about that?’
‘I might drop out’

‘What is the worst thing about that?’
‘I won’t achieve the goal I’ve been training for’

‘What is the worst thing about that?’
‘I’ll be letting my family and friends down’

This runner is being held back by a fear of letting his/her family and friends down. Knowing this gives them a defined problem to work on. The next step is to challenge the rationality of the fear (Cohn, 2018).

How likely is it that your worst case scenario will happen? Would it actually be that bad if it did?

These techniques may not get rid of every trace of anxiety, but if your worst-case scenario seems extremely likely to happen and you believe it would be catastrophic if it did, then there may be some concrete problems to address. For example, do you need less judgemental friends?!

For most people, the worst-case scenario probably isn’t the end of the world, and perspective can help. Any residual anxiety can then be channelled positively. Try to trust in your training and remember that running is supposed to be fun.

Your body will naturally use that bit of extra adrenaline to power your race as long as you don’t allow yourself to become overwhelmed. Your worth as a runner is not defined by one race.

Research suggests two effective strategies for relaxing and channelling adrenaline positively prior to and during a race (Pikiewicz, 2013). Remembering past races that didn’t go well, and imagining possible future disappointments can cause anxiety.

Using meditation or guided imagery to picture the desired future can be a useful remedy. In the build up to a race, spend 15-20 minutes every other day imagining every detail of the event in a positive script – see yourself doing yourself proud.

If negative thoughts intrude (they probably will), don’t battle with them. Allow them to be there, and then shift your focus to your breathing, and try to replace the thoughts or images with positive ones. In addition, rehearse the positive self-talk you will use during the event (see my previous article for guidance on this).

These techniques should be familiar enough by race day for you to use them to keep focused.

In summary, race nerves don’t have to be damaging – they can offer opportunities to push boundaries and limits. However, it depends on how we perceive the demands placed on us – an opportunity for growth, or threat of failure?

Anxiety often stems from uncertainty, but it is uncertainty that makes races sport (Karageorghis, in Hamilton, 2018). If winning or even finishing a race was guaranteed, then it wouldn’t be challenging you or be worth training for.

However, there are large individual differences when it comes to coping with uncertainty – some thrive on it, whilst others become incredibly anxious. Even the same athlete may feel relaxed about one race, and nervous about another.

Factors that are likely to increase anxiety include how important the outcome is to the person and the support available to them. Runners may experience a greater sense of exposure than athletes who compete in team sports – we are judged solely on our own merits.

Our expectations of ourselves and the expectations of those around us can also affect anxiety levels. Self-awareness and positive imagery and self-talk can turn this desire to succeed into something positive rather than negative. 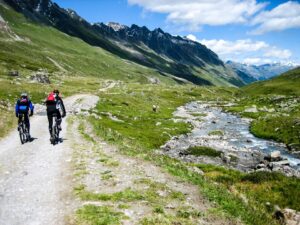 How to burn fat without running – 5 simple ways 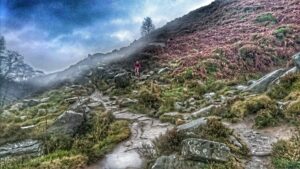 The psychological profile of ultra success