The biomechanics of running. An afternoon with Shane Benzie.

Most of us are lucky enough to be able to run – it’s both natural and normal. With regards to my own running, I have been quite lucky and I am someone who works by the principle that if it ain’t broke don’t fix it. My body has to date been pretty robust and has coped with all that I have asked of it (she says hoping that committing that phrase to paper I haven’t just jinxed myself!). While I believe running form will improve naturally as you continue to run, a little self-awareness, research and practice in the skill of running can overcome mechanical deficiency and make you a better ultra runner. This is where Shane Benzie of Running Reborn comes in. He is a technique coach who believes it’s not about how much you run but how well you run.

Shane and I rendezvous at a park in Streatley on a sunny Sunday morning. We instantly got stuck into chatting all things ultra and running form in particular. I was aware there was a lot I could learn from someone who has spent months working with Wilson Kipsang and other world-class athletes at their training camp in Kenya.

First off, Shane attached various sensors to my shins, which would enable us to gather the necessary data as I ran. I set off on a warm up jog and then launched into the main set. He asked me to run at three speeds; 50km pace, 10km pace and sprint. Whilst interested in all of the data, it was the information from the first of these runs that interested me the most and would have most relevance to my running.

I currently run most days, so we can safely say it’s something I am quite comfortable doing. I did have to chuckle to myself, though, when I became nervous and self conscious at being asked to run in front of someone looking to critique my form! However, once the first step was taken I got into the swing of it and with the runs completed, the data was loaded on to the computer and I awaited the verdict.

Shane is cutting edge with his technology and he works with many top athletes and sports teams across the UK tweaking and honing their performance. The equipment he is using has been developed in Australia and he is the only person to be using it in the UK. The results these athletes are subsequently posting are testament to the value of his work.

On this occasion and with limited time, Shane chose to focus on cadence, oscillation, foot placement, ground contact time, left/right balance and arm swing. Shane is a hive of information and I learnt so much that afternoon so my aim here is to give a brief outline of each of the points we covered.

With regards to cadence the optimum rate is 175 – 185 steps per minute (90 steps each leg), though this will vary from person to person. The elastic energy we produce as we run is maximised if we run at a 180 cadence, it joins in the creation, store and release of energy. Shane suggested runners might choose to use a metronome to assist in achieving the optimum rate. Why is running cadence important? He firmly believes that increasing your running cadence is the easiest to improve your running form. Running with better form has been proven to reduce the incidence of injury, so it’s certainly something to consider.

Oscillation (or ‘vertical displacement’) is the amount of vertical movement an individual makes as they take each step and should be around 7.5cm. As an endurance runner this is an important facet to get right so as to minimise energy wastage.

This should ideally be directly under the hip. Shane demonstrated how well the Kenyan runners achieved this, through the use of videos. Over-striding puts the muscles in an inefficient lengthened position and causes the foot to land in front of the knee, creating a braking effect wasting valuable energy and speed. The foot landing flat with a tripod effect ensures that the foot gains maximum proprioception* and creates information for the body as we move.

The relevance of arm swing was something I had thought mattered more for the faster runners and wasn’t of as much importance for the distance athlete. However, Shane was keen to stress the importance of this for all runners. The focus is on driving the elbow backwards at 90 degrees and the rate at which this is done correlates with cadence because the arms are dominant and the legs will follow them. If the arm swing is to the rear this will encourage the legs to land underneath the body.

I hadn’t considered the fact that I might not land with the same force on my right as my left leg. Shane was able to measure how evenly I ran and I was interested to see how balanced I was when running at my preferred pace yet as I ran faster my imbalance increased. It goes without saying that we need to run “balanced” in order to avoid injury through overcompensation of one side by the other.

The amount of time each foot stays on the ground is another moment at which one leg might differ from the other. Ground contact should be used merely as a means of propulsion and needs to be minimal to reduce the absorption of energy into the ground.

I spent a fascinating afternoon with Shane – there is so much to learn from him. He highlighted aspects of my running to work on and develop whilst also deepening my knowledge of the finer points of running performance. Shane, I believe, can add value to athletes at every level. He’s very approachable and works with an easy, relaxed style. I look forward to meeting up again and gaining further insight into the mechanics of running.

Kerry Sutton is a contributor to RunUltra and motivational running coach who mentors and coaches ultra runners of all abilities. She uses a two prong approach to coaching, developing not only the physical but also the mental strength which is vital to complete ultras. You can learn more about her on her website or contact her at [email protected]

* Proprioception is the sense of the relative position of neighbouring parts of the body and strength of effort being employed in movement. In humans, it is provided by proprioceptors in skeletal striated muscles (muscle spindles) and tendons (Golgi tendon organ) and the fibrous capsules in joints. 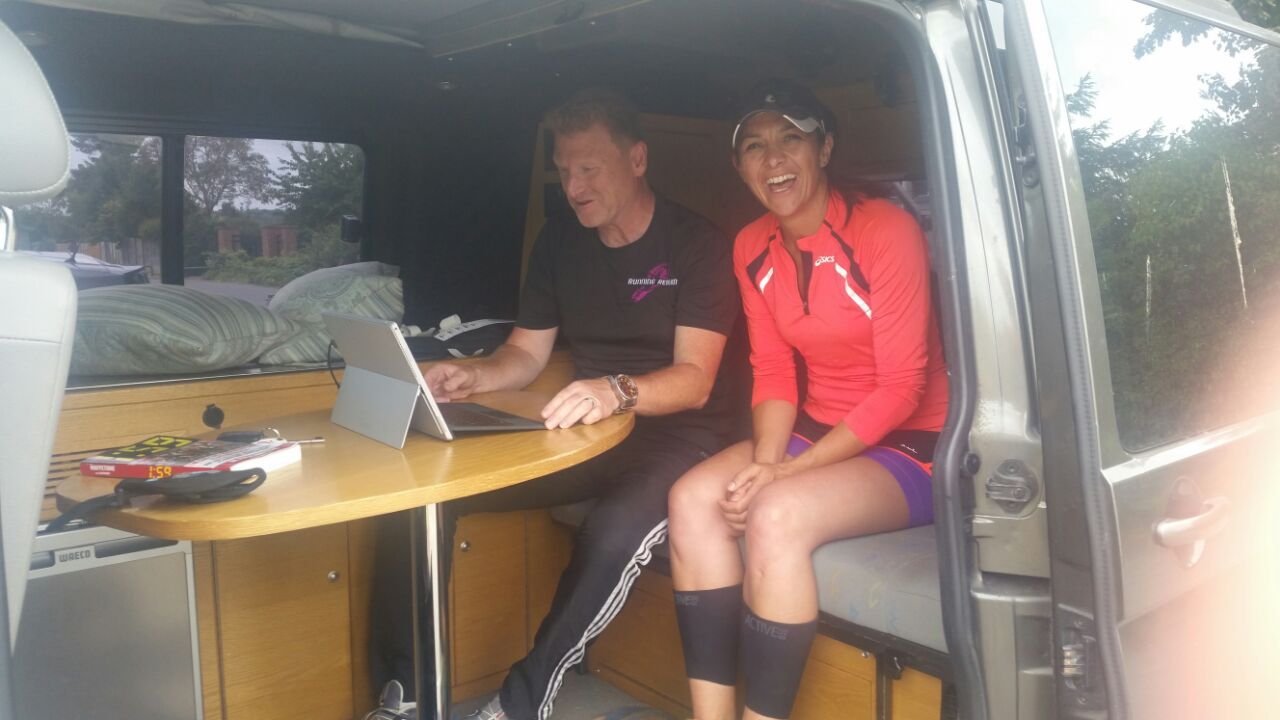 "Shane chose to focus on cadence, oscillation, foot placement, ground contact time, left/right balance and arm swing. Shane is a hive of information and I learnt so much that afternoon so my aim here is to give a brief outline of each of the points we covered." 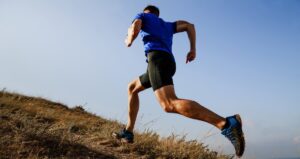 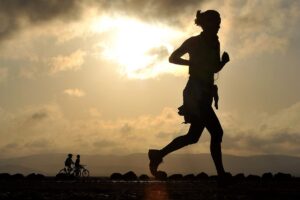 How to Push Yourself to Run Faster and Further 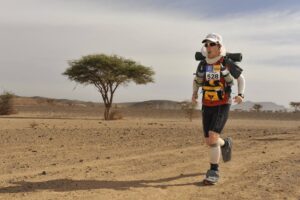