There are many ways to increase your running speed from physical training to diet and adequate rest. This article will focus on selected physical training drills for down-hill speed; speed on the flat and finishing speed.

Downhill running at pace requires skilful agility – the ability to place one’s feet accurately as well as being able to decelerate enough to prevent falling, but not too much to slow down the descent.

Training for agility requires no external load and is a skill drill. Start slowly and speed up over time as your skill improves. Skill changes can occur quickly in some and slower in others. As we are not referring to fine motor control here, expect noticeable changes every two to three sessions.

1. Down stairs running hitting every step diagonally. Hit the steps with your toes and balls of feet only landing on the front edge of the step. Descend diagonally in one direction and then in the other direction on the next descent. Each time your foot hits the step, there should be a quiet tap only.

Start slowly and build up speed over several sessions. Descend in each diagonal direction 8 times (16 descents in total) three times a week (assuming one flight of stairs – 18-22 individual steps).

2. Down stairs running hitting every other step in a straight line. As in drill 1 but in a straight line down. Again, land on the toes and balls of feet towards the edge of the step. Same programme as drill 1.

2. Off a larger step (the type of single step one would find in a gym) or from two steps up on a flight of stairs, slowly descend rolling over the foot as the heel raises to place the other foot gently onto the floor.

Same programme as in drill 1 above. Increase the speed of descent over a 6-week period but always with minimal noise on landing.

Speed on the flat

However, this value this may not be attainable for all runners. But most runners will be able to increase their cadence by a certain percentage thus aiding their running speed.

First you must measure your cadence. This should be done once running for a few minutes at your usual pace for whatever distance is in question. Each time either foot hits the floor is counted for a period of one minute.

Once you have worked out your cadence and if that value is less than 175-180, you can attempt to increase it by performing the following:

1. Stand on one leg with a hand on a stable object (wall etc.) and cycle the other leg through a pretend running stride, lifting your knee and heel slightly higher than you normally do when running.

2. Put the above drill into practice when running. Start running at your regular pace. After 5-10 minutes of easy running at this pace, try to raise your knees and heels in the manner described above for a short burst of 1-2 minutes before running relaxed again.

Repeat after another 5-10 minutes of regular running. Over time (a few weeks) slowly increase the duration spent running with slight raised knees and heels until you can run relaxed in this manner.

3. Run with a metronome at a frequency higher than your cadence. There are plenty of digital metronomes that you can run to via your phone and headphones. Try to match the metronome beat with your footsteps.

As with drill 2 above, start with a short burst of 1-2 minutes at the metronome pace before muting the metronome beat and running at your regular pace for 5-10 minutes and then running with the metronome again.

The training drills below are for enhancing speed over the final few hundred metres. To increase your speed at this stage of any run will require a degree of anaerobic respiration, which is when energy is generated without sufficient oxygen present.

Anaerobic respiration will cause that familiar discomfort you will have experienced when sprinting flat out. Training can improve your anaerobic efficiency but also your ability to tolerate the discomfort.

1. Repeat sprints. Over a 30-70 metre length (start with a shorter distance and build up), run flat out and then recover so that your respiration rate is reduced but not back to a resting level before sprinting flat out again.

2. Walk/run/sprint. This type of training is also known as Fartlek training.  Rather than run at a mono-pace, start with a brisk walk and then speed up to your regular running pace.

Run for a period and then sprint flat out for 20-30 seconds before slowing down to walk until your respiration rate has dropped as described in drill 1 above, before running again and then repeating the sprint.

This type of training can be modified to fit the individual and can replace a mono-paced training run.

This article only examines a few ways to run faster but with a concerted training period of around 6-8 weeks completing the above drills on a regular weekly basis (2-3 times a week), should see you speed up and drop your time.

Simon Mesner is a physiotherapist and personal trainer and you can find out more about him at   www.superfituk.co.uk. 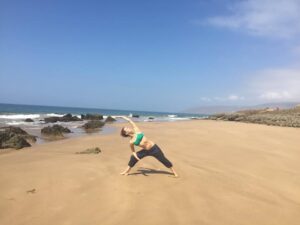 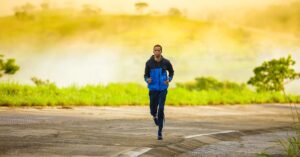 Heart rate training. Part 2: How to use your zones and optimise your training 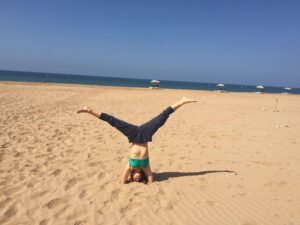 Yoga for runners: Restoration and relaxation